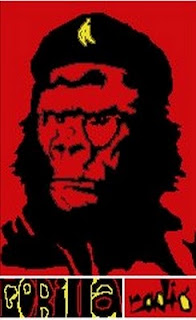 Last November, India’s farmers came in protest by the tens of thousands to the gates of the capital demanding newly drafted laws the Modi government insists are necessary to “modernize” agriculture be struck down.
The ongoing vigil, beset by state violence, media disinformation, and a shutdown of internet and phone coverage not only persists, but its demands are enjoined by unions, celebrities, and millions of citizens alike. So far, neither side seems ready to give ground.
Vandana K is a Delhi-based independent journalist and producer who writes on the intersections of environment, gender, youth and indigenous communities with a focus on climate change.
Listen. Hear.
She’s also covered India’s agriculture beat for nearly two years. Vandana’s articles can be found at Deutsche Welle, Resurgence & Ecologist, The Wire, and Canada’s Media Co-Op, where her recent piece, ‘The fight over agriculture in India, and how Punjabis in Canada are supporting farmers’ appears. 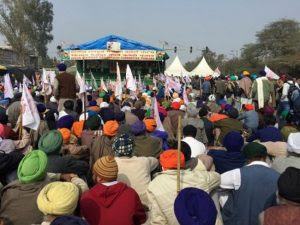 Vandana K. in the first half.

And; though the global corona virus pandemic has altered, perhaps irrevocably, how we all live, what hasn’t changed is the seemingly inherent human compulsion to dominate. Around the World, despots and tyrants both great and small have utilized this moment of vulnerability to reap fantastic financial profit, and to run roughshod over rights and freedoms.

John Helmer is a journalist, author, broadcaster, former political advisor to government, and principal behind the news website, Dances with Bears. Among Helmer’s many books titles are, ‘The Lie That Shot Down MH-17’ ‘Skripal in Prison’, and ‘The Man Who Knows Too Much About Russia’. His latest, ‘Hitler Didn’t Die in Berlin – He Moved to Melbourne Where He Runs the State Government of Victoria: A True Covid-19 Thriller‘ is the chronicle of his legal battles with authorities to estop its ban on his leaving Australia, or allowing his wife join him there.

Helmer writes: “Right now this is a story with urgent parallels in the UK, US, Canada, Germany, Spain, and France – in every country where democratic resistance to abuse of power in the pandemic has run into identical tactics of lawlessness, and suffered the same fate.” John Helmer and an antidote to government abusing Covid-19 powers in the second half.

But first, Vandana K. and India’s farmers’ fight, from there and here.