His legal team was brazen in its lies and had outright contempt for the entire proceedings. At one point, a lawyer for Trump claimed that the first rioter arrested on January 6 was a member of Antifa, a lie manufactured out of whole cloth. The Trump team presented an 11-minute video of Democrats and others using the word “fight,” as if this could be compared to Trump’s months-long effort to overturn the results of the election, culminating on January 6. 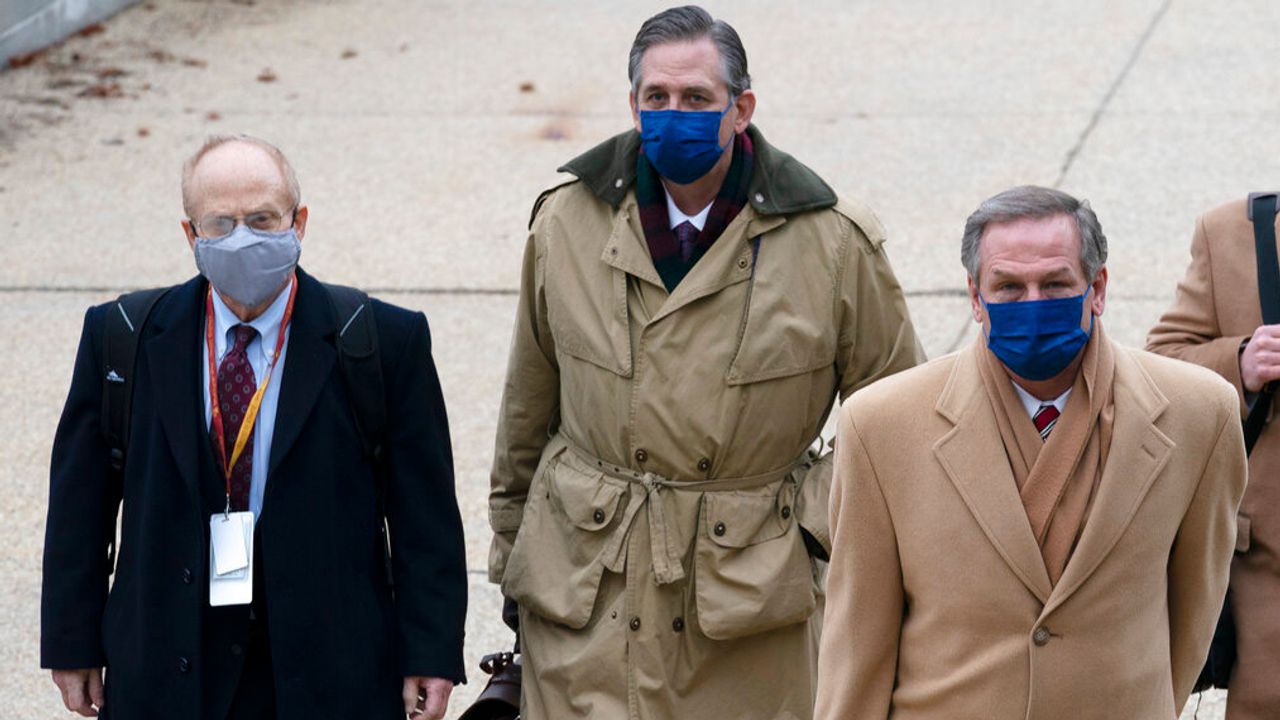 As always, the Republicans take advantage of the Democrats’ spinelessness, which is driven fundamentally by their political strategy and the class forces for which they speak. The Democrats are a party of Wall Street and the military. Their principal concern, throughout the Trump administration and at every point of the pre-election and post-election crisis, has been to block the growth of opposition in the working class that would threaten the interests of the financial oligarchy.This has dictated the manner in which they have conducted the impeachment. The purpose of the trial should have been to expose what Philip Roth would have called “The Plot Against America.” Such a trial would have been aimed at revealing the role of not only Trump, but his network of co-conspirators in the Republican Party and the state apparatus. It would have brought to light the political forces and social interests behind the coup plot, and it would have explained the aim of the operation itself: the nullification of the 2020 elections and the establishment of a presidential dictatorship.What was most glaringly absent in the Democrats’ case was any reference to the conspiracy of which January 6 was the product. Trump’s plot was falsely presented as a conspiracy of one, excluding the 147 Republican members of Congress—including the majority of House Republicans—who joined him in attempting to overturn the outcome of the 2020 presidential election.The Democrats never sought to explain precisely what Trump was trying to achieve and what would have flowed from it. On Friday, when one senator asked what would have happened if Trump was successful in overturning the results of the election, Representative Joaquin Castro, the Democratic manager who replied, simply ignored the question.

The Democrats’ case was pitched entirely to the Republican senators in the room, that is, the very individuals who promoted the lies used to provide political cover for the January 6 events.

Not a single Democrat had the courage to point an accusing finger at the Republican senators, who doodled on notepads and put their feet up as the House managers presented their initial case, and bluntly state: “All of you who condoned and legitimized Trump's lies, who supported his claim that the election was stolen, functioned as his political accomplices in the preparation of the coup d'état.”Far from exposing the Republicans, a significant portion of the trial was devoted to extolling them. “Strange New Respect for Mike Pence,” the editorial board of the Wall Street Journal remarked on Thursday. “He’s a ‘patriot,’ a man of faith and courage, Democrats now say.” The newspaper cited the comments of Joaquin Castro, who called Pence “a man who upholds his oath, his faith, his duty, and most of all upholds the Constitution.”A moment later Mr. Castro called Mr. Pence “a patriot.” Other Democrats concur. “Vice President Pence had the courage to stand against the president, tell the American public the truth, and uphold our Constitution,” said Stacey Plaskett, the delegate for the Virgin Islands. “That is patriotism.” Rep. Ted Lieu said Mr. Pence “stood his ground, like our other brave officials stood their ground.” He added: “Vice President Pence showed us what it means to be an American, what it means to show courage.”The Democrats’ grotesque praise for the reactionary Pence, who played a central role in supporting Trump up to the moment of January 6, is in line with the entire political strategy of the Biden administration. In the more than five weeks since January 6, Biden’s central preoccupation has been to prevent the coup attempt from causing any lasting damage to the Republican Party. It was necessary to have a “strong” Republican Party, he insisted at a press conference on January 8. His remarks on Inauguration Day were dominated by the call for “unity” and bipartisanship.

On Friday, after the prosecution concluded its case, Biden reiterated his hope that Republican senators will “stand up” and vote for impeachment. “I’m just anxious to see whether—what my Republican friends do. Whether they stand up,” Biden said.

Both the Democrats and Republicans have also worked to ensure that the Senate trial will be as short as possible. “Senators on both sides seem eager to end the trial quickly,” Vox noted on Thursday. Democrats made a decision not to call witnesses to provide testimony under oath, either in the House of Representatives as it was preparing the charges or during the trial in the Senate.No Democrat has sought or even raised the prospect of calling as witnesses leading members of the fascistic groups who helped organize the January 6 events, Republican Party officials who promoted them, or the sections of the military and police apparatus that are in open sympathy with the fascists.What the Democrats have proven in the process is that if the fascists had managed to seize hostages, they would have agreed to negotiate “a peaceful solution” with their “friends and colleagues across the aisle,” conducted these talks with their customary spinelessness and made endless concessions, which probably would have resulted in accepting the overturn of their victories in key states and handing the election to Trump. And while all these talks were going on, Trump would be in the White House and, having declared a state of emergency, be ruling by decree.The Senate impeachment will end without any of the political ringleaders in the White House and Congress being held accountable, including Trump himself. And it is highly doubtful that there will be any further hearings organized by the Democrats into the coup.The Democrats have confined the impeachment to their “bad Trump” theory of American politics because any serious examination of the underlying social and political conditions that have brought the United States to the edge of dictatorship would require an exposure not only of the Republican Party, but of the consequences of unprecedented levels of social inequality, decades of unending war, and the homicidal policy of the ruling class in response to the pandemic, which has left nearly half a million people dead.The main lesson that emerges from the second impeachment trial of Donald Trump is what the World Socialist Web Site concluded from the Democrats’ refusal to oppose the theft of the 2000 election: There exists no significant constituency for democratic rights within the ruling class. This is even truer today than it was two decades ago.The defense of democratic rights and opposition to fascism is inseparable from the development of a movement of the working class against capitalism. As Rosa Luxemburg insisted, there can be no socialism without democracy, and there can be no democracy without socialism.