The fatalities/hospitalized ratio that year was around 0.1, about the same ratio we saw in Northern Italy last month. And if all of that isn’t enough, the number of American fatalities in 2017-18 was more than three times the deaths currently associated with Covid-19.

In case the above has yet to provoke your suspicious grey cells, maybe looking into the age groups of the 2017-18 USA influenza’s victims will do the job. In the 2017-18 influenza, death rates were highest in the over-65 age group. The CDC reports that “people 65 years and older accounted for approximately 58% of reported influenza-associated hospitalizations.” But the story gets even more interesting. In the 2017-18 flu season the second most affected group was those aged 50 to 64. This is actually very unusual for influenza, as normally the second highest death rate occurs in children, from birth through age 4. Contagion-Infectious Disease Today reported in June 2018 that the “ferociousness of the 17-18 flu season overall, combined with above-average impacts on younger baby boomers, made 2017-2018 one for the record books.”

In September 2018 CNN reported that: “Overall, the United States experienced one of the most severe flu seasons in recent decades.” At this stage, I hope it won’t surprise you to find out that pneumonia was the primary fatal complication associated with the 2017 outbreak.

The following may sound like a description of the current Novel Coronavirus pandemic: “The season began with an increase of illness in November; high activity occurred during January and February, and then illness continued through the end of March.” You guessed right, this is not the description of the current global Corona pandemic but actually how CNN described the outbreak of influenza in America in September 2018.

Does it take a genius to figure out that the American 2017-18 influenza outbreak was pretty ‘similar’ to the current Novel Coronavirus epidemic? 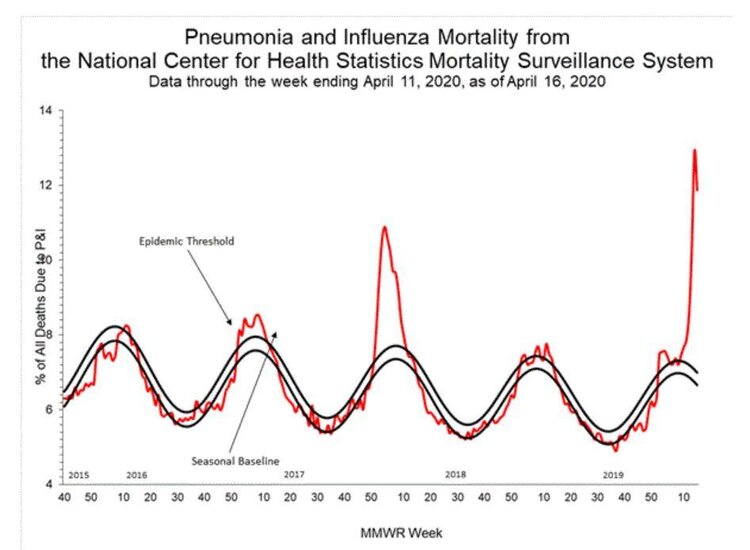 lock itself down amidst its catastrophic 2017-18 influenza as it has now?

One may wonder why the CDC didn’t react to the ‘severity’ of the outbreak that was at least three times as lethal as the current Novel Coronavirus health crisis? But, even more disturbing is the fact that despite the severity of the 2017 flu outbreak and its deadly impact, the enormous number of hospitalisations and the infectious rate, the World Health Organisation (WHO) didn’t see the need to alert the world or to close the planet for business as it did this year. Peculiarly, the WHO didn’t even bother to tag the American outbreak as an epidemic or pandemic. It was just an ordinary ‘influenza.’

This makes me wonder, whether it is possible that what we now consider as ‘novel’ Coronavirus isn’t a novel event after all? If this is the case, how is it possible that America failed to respond to a lethal virus that attacked almost 11% of its population and left 80.000 dead? Was it silenced or is it a story of total dysfunctionality on every possible level? 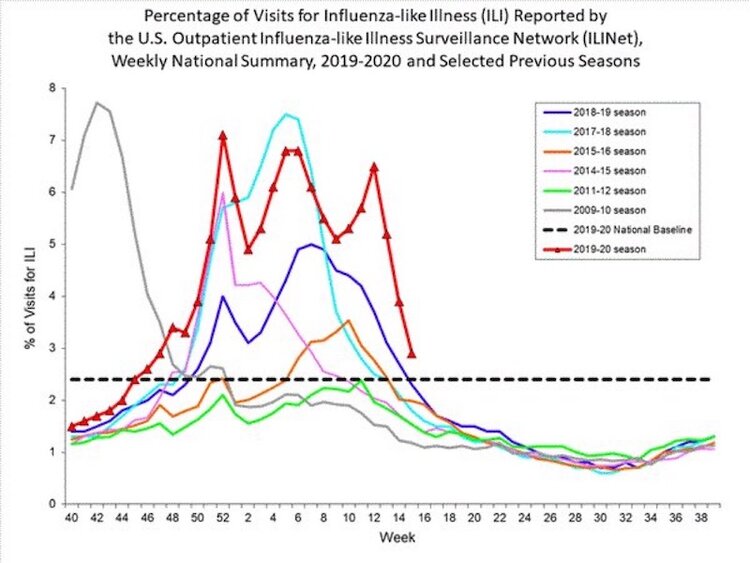 whether it reminds you another graph you happen see a lot in the news lately.

Those who know something about pandemics and, by now, I am not convinced that Anthony Fauci or the WHO fall into this category, tell us that global pandemics in recent decades came in three waves. The first wave is often severe, the second wave is catastrophic and the third wave is relatively light. I wonder whether it is possible that this stage of the corona crisis is actually the second wave rather than a ‘new event’? If this is the case, the first wave was hidden from us by those who claim to be our guardians who defend our planet from viral attacks. 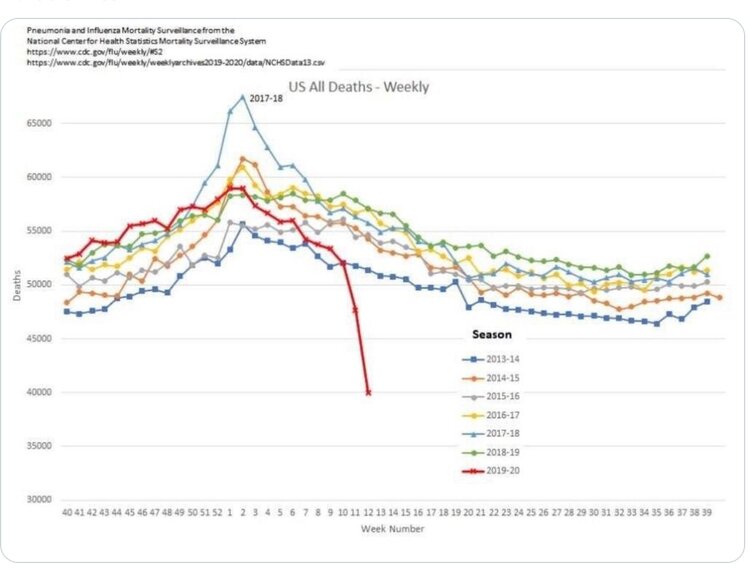 happen see a lot in the news at the moment.

If this scenario is correct, President Trump can save his energy. Trying to shake off his responsibility by putting the blame on China with the hope that the Chinese may decide to build the wall instead of the Mexicans, is not going to work. The American government may want to invest its energy eliminating some of the widely available information about the American 2017-18 Influenza outbreak.

The current corona virus is certainly a global financial disaster but the Black Plague it isn’t. However, it has been very effective in making us all aware of the danger in modern virology affairs and the possible impact of bioweapons and viral engineering. If there is any significance to the present crisis, it is because the government’s reaction ought to be an immediate criminal investigation. Questions must be raised with the WHO. Where were you in 2018? Why didn’t you warn the world? What prevented you from tagging the American influenza outbreak as a pandemic or epidemic? Was it the $400 million the WHO receives annually from the USA government or maybe it has something to do with the WHO’s intimate relationship with the American pharmaceutical industry.

I began by asking whether amnesia is a Covid-19 symptom. The answer is a categorical NO. In 2017-18 America was subject to an alarming health situation far more dangerous than the current coronavirus. But not many in America knew about it. It wasn’t a news item. It is not that we forgot, we never knew. We lived through it despite the fact that it was far more severe than the current crisis. And the next necessary question is who decided to make the current crisis into a phantasmic apocalyptic narrative and why?

Soon we will know the answer as it clearly backfired.