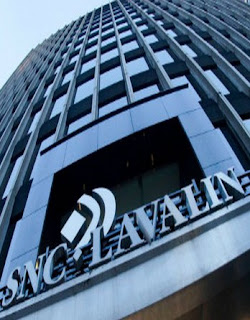 Justin Trudeau’s government is engulfed in a major political scandal that lays bare corporate power in Ottawa. But, SNC Lavalin’s important role in Canadian foreign policy has largely been ignored in discussion of the controversy.

The Prime Minister’s Office has been accused of interfering in the federal court case against the giant Canadian engineering and construction firm for bribing officials in Libya.

Former attorney general Jody Wilson-Raybould claims she was repeatedly pressured to defer prosecution of the company and instead negotiate a fine.

Incredibly, before Trudeau went to bat for SNC after the firm had either been found guilty or was alleged to have greased palms in Libya, Bangladesh, Algeria, India, Kazakhstan Tunisia, Angola, Nigeria, Mozambique, Ghana, Malawi, Uganda, Cambodia and Zambia (as well as Québec).

A 2013 CBC/Globe and Mail investigation of a small Oakville, Ontario, based division of SNC uncovered suspicious payments to government officials in connection with 13 international development projects. In each case between five and 10 per cent of costs were recorded as “‘project consultancy cost,’ sometimes ‘project commercial cost,’ but [the] real fact is the intention is [a] bribe,” a former SNC engineer, Mohammad Ismail, told the CBC.

While the media has covered the company’s corruption and lobbying for a deferred prosecution agreement, they have barely mentioned SNC’s global importance or influence over Canadian foreign policy. Canada’s preeminent “disaster capitalist” corporation, SNC has worked on projects in most countries around the world. From constructing Canada’s Embassy in Haiti to Chinese nuclear centres, to military camps in Afghanistan and pharmaceutical factories in Belgium, the sun never sets on SNC.

Its work has often quite controversial. SNC constructed and managed Canada’s main military base in Kandahar during the war there; SNC Technologies Inc provided bullets to US occupation forces in Iraq; SNC has billions of dollars in contracts with the monarchy in Saudi Arabia.

Across the globe SNC promotes neoliberal reforms. The company greatly benefits from governments shifting to public-private partnerships. SNC is also a member or sponsor of the Canadian Council on Africa, Canadian Council for the Americas, Canada-ASEAN business council, Conseil des Relations Internationales de Montréal and other foreign policy lobby/discussion groups.

SNC has been one of the largest corporate recipients of Canadian “aid.” The company has had entire departments dedicated to applying for Canadian International Development Agency (CIDA), UN and World Bank funded projects. SNC’s first international contract, in 1963 in India, was financed by Canadian aid and led to further work in that country. In the late 1960s the firm was hired to manage CIDA offices in African countries where Canada had no diplomatic representation.

In the late 1980s CIDA contracted SNC to produce a feasibility study for the Three Gorges Dam, which displaced more than a million Chinese. During the occupation of Afghanistan CIDA contracted SNC to carry out its $50 million “signature project” to repair the Dahla dam on the Arghandab River in Kandahar province ($10 million was spent on private security for the dam).

In 2006 SNC was bailed out by the Canadian aid agency after it didn’t follow proper procedure for a contract to renovate and modernize the Pallivasal, Sengulam and Panniyar hydroelectric projects in the southern Indian state of Kerala. A new state government demanded a hospital in compensation for the irregularities and SNC got CIDA to put up $1.8 million for the project. (SNC-Lavalin initially said they would put $20 million into the hospital, but they only invested between $2 and $4.4 million.) 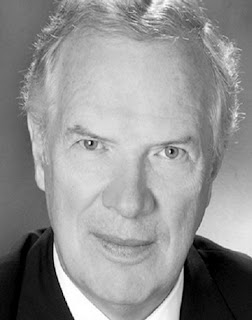 Company officials have been fairly explicit about the role Canadian diplomacy plays in their business. Long-time president Jacques Lamarre, (right) described how,

“[O]fficial support of our governments, whether through commercial missions or more private conversations, has a beneficial and convincing impact on our international clients.”

Even SNC’s use of bribery has a made-in-Ottawa tint. For years Canada lagged behind the rest of the G7 countries in criminalizing foreign bribery. For example, into the early 1990s, Canadian companies were at liberty to deduct bribes paid to foreign officials from their taxes, affording them an “advantage over the Americans”, according to Bernard Lamarre former head of Lavalin (now SNC Lavalin).

“I make sure we get a signed invoice,” he said.

“And payment is always in the form of a cheque, not cash, so we can claim it on our income tax!”

In 1977, the US Foreign Corrupt Practices Act outlawed bribes to foreign officials. Ottawa failed to follow suit until the Organisation of Economic Co-operation and Development (OECD) launched its anti-bribery convention in 1997. The OECD convention obliged signatories to pass laws against bribing public officials abroad and two years later Canada complied, passing the Corruption of Foreign Public Officials Act (CFPOA). Still, for the next decade Canadian officials did little to enforce the law. The RCMP waited until 2008 to create an International Anti-Corruption Unit and didn’t secure a significant conviction under the CFPOA until 2011.

As the recent scandal demonstrates — and the Financial Post noted years ago — SNC has “considerable lobbying power in Ottawa.” Placing its CEO among the 50 “Top People Influencing Canadian Foreign Policy”, Embassy magazine described SNC as “one of the country’s most active companies internationally”, which “works closely with the government.” The now-defunct weekly concluded, “whoever is heading it is a major player” in shaping Canadian foreign policy.

And, as it turns out, in shaping the way things are now done at home in Ottawa.

Yves Engler is a Canadian commentator and author. His most recent book is The Ugly Canadian – Stephen Harper’s Foreign Policy, and previously he published The Black Book of Canadian Foreign Policy and Canada in Haiti: Waging War on The Poor Majority.