Of Triggers and Bullets

This commentary is dedicated to all of my friends who don’t know the difference between a trigger and a bullet. I apologize in advance if I sound condescending. I’m 51 years old and I’ve been through this nonsense too many times – and every time it gets more surreal.

It’s an imperfect metaphor — that’s the nature of metaphors. But you don’t need to be an anarchist to understand it – you don’t even need to have fired a gun in your life, either.

Facebeast loves our arguments – their algorithms only show us arguments and baby pictures, nothing else is relevant to their business model. I really don’t understand why anyone bothers arguing with someone on Facebeast, unless they’re just trying to encourage the further stratification of society. I assume they find it therapeutic to dump on other people. It’s the social media equivalent of yelling out your car window at another driver who’s doing something you don’t approve of.

The theme that tends to get a rise out of people the most, from my experience, is any criticism of Democratic Party politicians. There is an actual fascist in the White House, they say. We must have a unified opposition against him – a united front, a glorious resistance.

I don’t bother arguing on Facebeast with anyone, well-intentioned though they may be. It’s a pointless exercise, by design. But yes, of course, there is a bona fide fascist in the White House. (For more on the similarities between Germany in 1933 and the US today, listen to episode 22 of my podcast, This Week with David Rovics.)

The Orangeman in the White House is the bullet, in my metaphor of the week. What to do with that bullet, which is already speeding through the air towards its metaphorical destination, is an important question. But figuring that out absolutely requires understanding how the bullet left the chamber of the gun, and what made it fire – we know what the bullet is, but what is the trigger.

The deplorables, I can hear someone say. The unreconstructed white American racists, says another. The misogynists, says someone else.

I would say that no, while overt racism is in fact what the Democratic Party was founded on and the platform on which it ran for most of a century, I’d say that racism, sexism, xenophobia are not the triggers, they are just the casing of the gun. They are the stuff America was built on.

The trigger that fired the bullet, what got us to where we are now in this current situation – that is, those who had the power to make the changes necessary to prevent it but failed to do so — is actually the Democratic Party. The trigger is made of false hope, and change that never comes. We’re running on a platform of affordable housing, jobs, opportunity, fairness, yada yada.

The party of hope and change and fairness and jobs now has a super-majority in the Oregon legislature – they’re in the perfect place to show us all exactly what their party is made of.

Are their counterparts in the Congress going to question our immense military budget, or take radical action to save the planet? Are they going to ban all disposable packaging, invest in a bullet train network, confiscate the property of the oligarchs, imprison the torturers and carpet-bombers and other war criminals living among us?

No. They’ve been one of the two ruling parties forever, they’ve been running on these false promises forever, and they don’t deliver. They rarely even talk about the things that need to be done, let alone begin to take on the task of accomplishing them. They will not deliver this time, either.

The Yellow Vest movement in France is still going strong, though every week the media, on the rare occasion they mention the French protests anymore, predict the movement’s imminent end. In the first few weeks of its existence, it won more concessions from the French government than any of the many strikes organized by the French labor movement over the past several decades. I believe in hope and change, because I know it can happen. And when it does happen, it will take a form similar to that of the Yellow Vests. It will be a movement in the street. It will not be on a podium, making false promises.

I admit, I’m angry. These people telling me to unify with the trigger to combat the bullet infuriate me. People ignorant of history ask why anyone would criticize the Social Democrats who led the Weimar Republic in Germany up until Hitler took power. Hitler was so terrible, why couldn’t more people in Germany just grit their teeth, join together and support the Social Democrats in the face of what we can say in hindsight was the rise of an unspeakably horrific totalitarian government? Why were they fighting with each other while this fascist movement was taking over?

Because they were starving. This is not political theory, this is reality. The historical revisionists then blame the Treaty of Versailles for the suffering of the German people, and the Great Depression. But other countries were able to feed their people during this period – not Germany’s government. Because the Social Democratic-led government couldn’t rise to the occasion and implement the kind of land reform and wealth redistribution that would have been necessary for people to eat. And to prevent the rise of fascism. 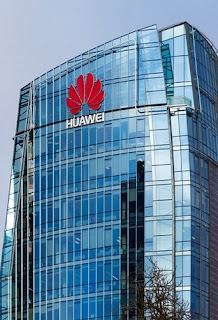 Today, people can blame modernity, automation, and China for the poverty and inequality that is all around us. But they are just blowing smoke. This is just what the gun is made of – guns are made by machines now, too. We’ll never get all those jobs back, and we don’t want them. Do we?

It’s January, 2019. The campaign season for the 2020 presidential election is already underway, I’m nauseated to say.

The Democratic Party candidates are lining up and making their false promises. Some of them can act well, most of them suck at it, and sound obviously disingenuous, such as the governor of Oregon, Kate Brown.

They sound like wealthy landlords trying to pretend they understand what it’s like to be a tenant, but their act is totally unconvincing to me. Mainly because I know their record. They have made these promises before. For decades. For centuries.

Ten years ago this month, our first African-American president came to power, a Democrat who inspired millions to come hear him speak all over the country and the world during his campaign. He mobilized masses of people who had never voted before to campaign for his vague brand of hope and change. By the time his reign was over, some of us had health care, but most of us were paying so much more for housing that anything we saved on health care was more than taken up by rents and mortgages.

If only he and the last Democratic administration before his had delivered something other than falling living standards, if only they had had a strategy for dealing with the real estate barons and their property speculation other than “whatever the market will bear,” if only their policies had represented any kind of a break from the neoliberal policies that destroyed any hope for change decades ago, if only both of their cabinets weren’t packed full of elderly white male former Goldman Sachs executives, we might have fewer disenchanted former Obama voters voting for Trump eight years later. If only. But in reality, Obama, his former Secretary of State, her former husband and the “new” Democratic Party were, in the end, nothing more than Trump’s delivery mechanism.

David Rovics is a singer/songwriter based in Portland, Oregon.