"Anxiety and depression are normal reactions to circumstances that are profoundly disordered: when lies are promoted as truth, ugliness as beauty, and fear is your motivation. Do not medicalize your pain: fight back. You will die anyway, but give yourself a reason to live." ~ Werner Twertzog sez 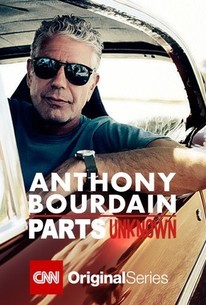 Fishing through the head-side newspaper rack for a cryptic crossword to take into the bath, I came across an aged, single, yellowing page of the 'Life' section of a local rag.

The challenge puzzles long done, I settled into the tub anyway with the Jumble and a standard, ten-minute Grid-for-Dummies. Eleven minutes later I turned the page, hoping to see what I knew wasn't on the other side, another puzzle.

Instead, there below a large photograph of Anthony Bourdain, were a pair of articles, obituaries of the feted author, famous television show host/producer, and globe-trotting kitchen raconteur found hanged in his suite at the five star, Hotel Le Chambard in Kayserberg, France.

The subhead of the first, a syndicated piece from the Associated Press, informed,

"Chef whose whimsical sense of adventure won millions of fans is thought to have hanged himself at hotel".

A little more than six months from the day, that's how the story remains.

Late to appreciate Bourdain's programs, I watched enough of them however to get a sense of the man, (in a media-witnessed way) and felt the familiar, "Oh gee...bummer" sensation when first hearing the news on that late Spring day in June. Though nothing on the scale of the annus horribilus for celebrities in 2016, the quick succession of his and fellow New York culture celeb, Kate Spade's suicides created a brief zeitgeist ripple, reminding again of both the fragility and mystery of life.

The portrait accompanying the piece offers only as much as can be read into it. Bourdain seated in a well appointed room, (the suite at the Chambard?) in a medium shot. An arm draped round the chair back, his other on the table, as though he may stand for a different pose. The expression a poker face, not blank but unrevealing, the caption ironic in the circumstance, read,

The second obit is more focused, detailing Bourdain's appearances at local and near-local restaurants to me; a speaking engagement to a sold-out house, possessing a "rock concert-like atmosphere", and it contains Canadian anecdotes.

There are too quoted reactions to the untimely death by friends.

"I'm in shock, devastated and at a total loss for words (the right and wrong ones)," restaurateur, Jen Agg says.

All those left behind by suicide are left sad and bewildered and wondering not why, but how they missed the chance to intervene, to make things better, good enough to stay around for; missing the chance to save their loved ones.

The New York Times eulogized the native son too. A quick internet search of articles from the day after turns up, 'Sorrow and Questions in a French Village After Anthony Bourdain's Suicide'. It probes, between ads for Zenith wrist watches and make-up routines older women should know about, the baffling occasion of Bourdain's sudden death.

There are pictures too, taken just days before the unhappy event, of friends in a narrow, cobblestone, Kayserberg street, all smiles and bonhomie; nothing to hint at the dark time to come.

Olivier Nasti, chef and owner of Le Chambard sends out condolences to all Bourdain's fans, to all "the anonymous people around the world" on behalf of the "whole family of French gastronomy that joins me, to renew our deep friendship to our American brothers bereaved."

"He opened up doors; he took people where they would otherwise not go, because they were afraid to go. He made them be not afraid."

And there he is, his photograph in a newspaper, dug from deep among many in my bathroom magazine rack, faintly smiling, enigmatic, seated in a chair, alive and still dead six months later.