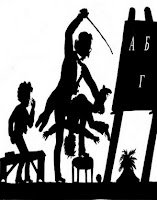 Moscow - The President’s spokesman Dmitry Peskov announced on the eve of yesterday’s elections in the US that “there is no need to delude ourselves hoping that they will somehow clarify things [how Russian-US ties will develop]. So far, there is no definite trend towards normalizing relations.”

This morning, Konstantin Kosachev, head of the Foreign Affairs Committee of the Federation Council, Russia’s upper house, said: “The outcome of the elections is in line with the main forecasts. Naturally, both [parties] will try to present the outcome as their victory. But I’m afraid that the US political system will be among losers, becoming even more misbalanced and unpredictable, up to attempts to launch the impeachment procedure.”

Both officials were speaking mistakenly. The lessons for Russian policy during the two-year campaign just starting for the presidential election of 2020 are clearer than the Kremlin dares to acknowledge because it wishes to avoid a public Russian debate on the choices required.

Lesson No. 1: Save state spending on propaganda. The failure of Russian media to show any impact in the US election results, and the victory claims by the Democratic Party, mean that the Russian state budget can save itself hundreds of millions of dollars financing all forms of media which target Americans. That includes RT whose US operations can now be closed down without any negative impact on Russian state interests.

Lesson No. 2: More Russian military resolve. The stalemate between a Democratic Party-controlled House and a Republican Party-controlled Senate means there is less consensus, so less power for the Congress to exercise independent oversight and control of the Pentagon, State Department, Treasury, and Central Intelligence Agency – the so-called Deep State. So Russia can expect more, not less warfare on all fronts.

Lesson No. 3: Russia can’t benefit from the next presidential election. President Donald Trump’s chances for re-election could have been damaged by the November 6 voting; they weren’t. Compared to the large number of Democrats who will now fight each other for the White House nomination in two years’ time, Trump is not more vulnerable than he was; he gains from having more enemies to deal with than fewer. Compared to his potential Republican challengers – for example, ex-Senator Jeff Flake of Arizona, ex-Governor John Kasich in Ohio – Trump remains stronger in the combination of Republican and Democratic voters in their constituencies than they do.

Lesson No. 4: Raising the enemy’s costs. American voter priorities revealed by the exit polls – immigration, health care, jobs, fear of violence – are likely to remain the same for the next two years; they have nothing to do with Russia. But war and trade war remain vulnerabilities for any American politician who campaigns against Russia and China. Capitulation to Trump’s terms by Russia and China would help Trump win re-election, but not Russia and China. Retaliation, raising the costs and fears of US voters, would transform the campaign calculations of all American candidates and the priorities of voters. That would be a genuinely unpredictable situation.