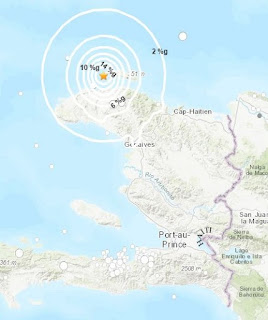 An earthquake measuring 5.9 on the Richter scale shook northern Haiti on Sat., Oct. 6, 2018, at 8:11 p.m. Haitian authorities say 14 people died and close to 200 were injured, but those figures are expected to rise.

Dozens of homes were damaged and a few large structures, including a church, a school, and an auditorium, wholly or partially collapsed.

The epicenter of the quake was in the ocean, 12 miles north of Port-de-Paix, northwest Haiti’s largest city. Damage was also reported in the large town of Gros Morne, and at least one death occurred on La Tortue Island.

A map showing the epicenter of the Oct. 6, 2018
earthquake of Ile de la Tortue, near Port-de-Paix. 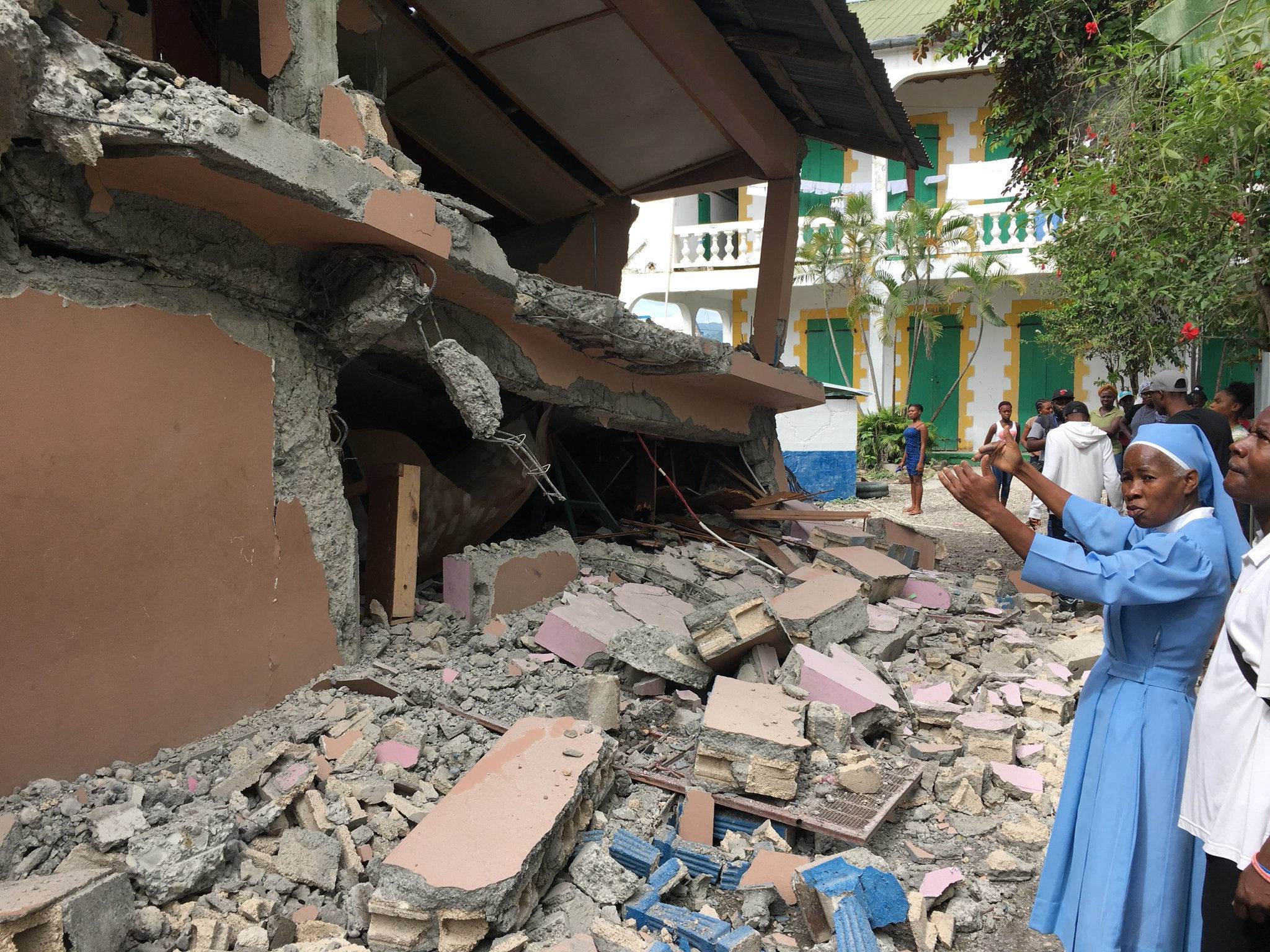 “All this seismic activity could be a precursor to a major earthquake of magnitude 7 or 8,” said geological engineer Claude Prépetit, the director general of Haiti’s Office of Mines and Energy (BME). “We have to be ready for more powerful events.”

Prépetit said Haiti had recorded some 26 tremors between 2.9 and 4.6 since from January to August 2018. 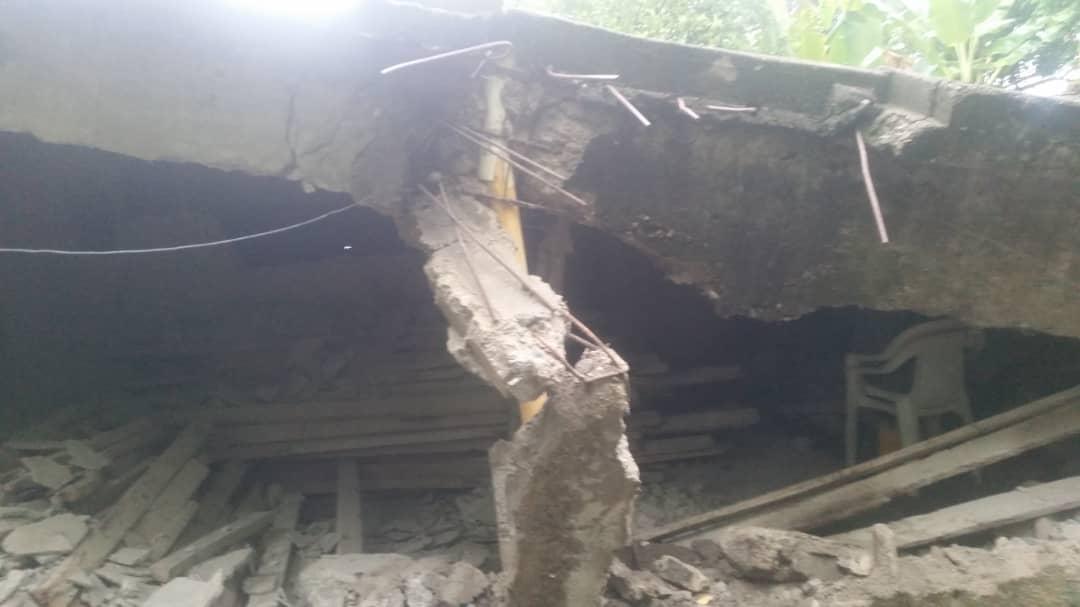 A 5.9 magnitude seism is about 45 times less powerful than the 7.0 earthquake that devastated the area around Haiti’s capital, Port-au-Prince, on Jan. 12, 2010. Nonetheless, it was still able to cause considerable damage due to the poor construction of many homes and buildings in Haiti. In Gros Morne, a large auditorium completely collapsed and St. Gabriel’s primary school crumpled. In Plaisance, the front of a large Roman Catholic church fell down, and in Port-de-Paix, the main police station was badly damaged. 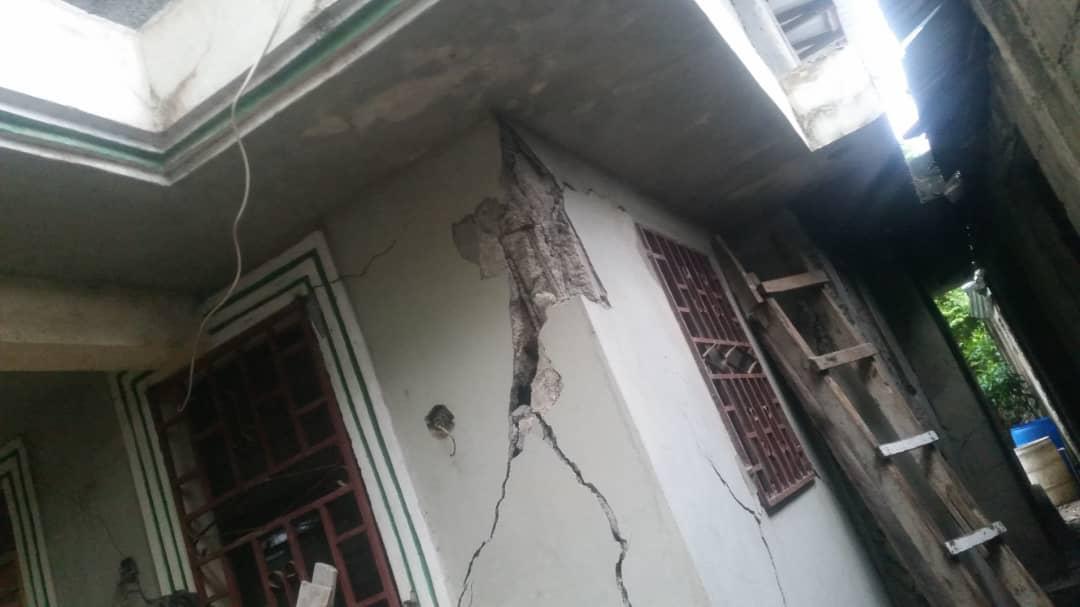 Many houses in Haiti, like this one damaged in the Oct. 6 quake,
are of very poor construction.

On May 7, 1842, an estimated 8.1 magnitude struck near Cap Haïtien, leveling the city and triggering a tsunami. Some 5,000 were killed by the earthquake and 300 by the tsunami.