Is the US-Kurdish Alliance Over? New Agreement Between Kurds and Assad Could Spell End for U.S. Role in Syria

The agreement came as a result of recent negotiations between Kurdish and Syrian government officials in both Damascus and Qamishli. 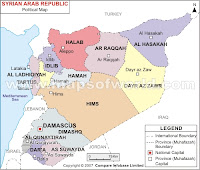 For over a year, much of northeastern Syria has found itself under de facto occupation by the United States and its military proxy, the Syrian Democratic Forces (SDF). The occupied territory, accounting for nearly a third of Syria’s total landmass and including large portions of the al-Hasakah, al-Raqqa and Deir Ez-Zor regions, has largely been overseen by the SDF, an umbrella group of militias dominated by the Kurdish People’s Protection Units (YPG), which allied with the U.S. early in the conflict.

While the SDF has seemingly had complete control of the occupied territory — which boasts most of Syria’s oil, gas, freshwater and agricultural resources — it seems that increased local resistance to the SDF’s control of the region, as well as the U.S.’ failure to protect its allies elsewhere in Syria, has now pushed the YPG to reconsider its alliance with the United States and instead consider allying with the Syrian government, led by Syrian President Bashar al-Assad.

The clearest indication yet that the YPG’s relationship with the Syrian government is set to change dramatically came on Monday, when Al Masdar News reported that the YPG and the Syrian Arab Army (SAA) had reached a preliminary agreement in the al-Hasakah region that is set to lead to increased SAA influence in areas under YPG control. Per the agreement, the YPG has announced that it will remove all posters of Abdullah Ocalan — one of the founding members of the Kurdistan Workers’ Party (PKK), which is associated with the YPG — from areas under its control and will also allow the SAA to reopen recruitment offices throughout the region. The agreement came as a result of recent negotiations between Kurdish and Syrian government officials in both Damascus and Qamishli.

However, this agreement is hardly the end of future YPG and SAA cooperation in the area, as negotiations continue. As Al Masdar noted, new talks between the two groups are currently underway with the aim of establishing joint YPG/SAA checkpoints throughout the al-Hasakah region.

The agreements are part of a wider effort by the Syrian government to convince Kurdish factions in Syria’s northeast to abandon their alliance with the United States. Those negotiations are aimed at convincing the Kurds to join forces with the SAA throughout Syria and to give control of key border crossings into Iraq and Turkey to the SAA.


The unprecedented negotiations between the YPG and Syrian government come less than a month after local tribes of the al-Hasakah, Aleppo and al-Raqqa regions met in the Syrian government-controlled city of Deir Hafer. During that meeting, over 70 tribes — whose territory is either partially or entirely under occupation by the United States and the SDF — expressed their commitment to rejoining the Syrian state, re-establishing Syrian territorial integrity, and creating a joint military force with the SAA that would seek to expel foreign troops and militants from Syria. During that meeting, it was announced that this joint military force would directly target SDF and U.S. forces in Syria’s occupied northeast.

The formation of this military force followed smaller-scale efforts launched earlier this year by guerilla-style resistance groups in occupied Syria, particularly in the city of Raqqa, where local fighters targeted U.S. military installments in and around the city earlier this year.

However, growing local resistance to Kurdish and U.S. rule is only part of what motivated the YPG to consider an alliance with the Syrian government. Another major reason is the fact that Assad recently asserted that the Syrian government would soon turn its attention towards “liberating” northeastern Syria from the SDF and the U.S. by force if efforts to negotiate with the Kurdish-majority SDF failed.

In an interview with RT, Assad stated:

“We’re going to use two methods to deal with the SDF: The first one, we started opening doors for negotiations – because the majority of them are Syrians. And supposedly they like their country, they don’t like being puppets to any foreigners – that’s what we suppose. […] We all don’t trust the Americans, [so] the one option is to live with each other as Syrians.”


If negotiations with the SDF fail, Assad warned that the Syrian army would have no choice but to “liberate” areas occupied by the SDF, “with the Americans, or without the Americans.” Assad emphasized this point, stating:

“This is our land, it’s our right, it’s our duty to liberate [these areas], and the Americans should leave. Somehow, they’re going to leave.”


The reality of allying with the U.S.


In addition to Assad’s vow to “liberate” northeastern Syria from the SDF regardless of the U.S. presence in the region, the U.S.’ recent abandonment of its allies elsewhere in Syria bodes poorly for the future of the YPG-U.S. alliance that has made the occupation of northeastern Syria possible.

For the U.S.-allied Kurds in the northeast of Syria, the Dara’a offensive is a strong indication that the U.S. is hardly a dependable ally. Particularly after the Kurds lost the city of Afrin after the U.S. failed to aid the YPG in repelling a Turkish offensive earlier this year, many Kurds felt “betrayed” by the U.S. and began to question the YPG-U.S. alliance outright. Now, with the U.S. failing to protect its allies elsewhere in Syria, the Kurds seem to have all the indications they need that the U.S. is unlikely to offer them military protection against the Turks or the Syrian government.

The new agreement between the Kurds and the Syrian government is a major indication that U.S. influence in Syria is quickly waning and that its control over Northeastern Syria could soon be lost. Though the Trump administration seems to have accepted that it is only a matter of time until it is ousted from Syria, rumored efforts by the U.S. to deepen its involvement in the country — such as by using a false-flag chemical weapons attack as pretext — could throw a wrench into the Syrian government’s efforts to restore Syria’s territorial integrity and prevent the long-standing, U.S.-backed goal of partitioning Syria.

Whitney Webb is a staff writer for MintPress News and a contributor to Ben Swann’s Truth in Media. Her work has appeared on Global Research, the Ron Paul Institute and 21st Century Wire, among others. She has also made radio and TV appearances on RT and Sputnik. She currently lives with her family in southern Chile.