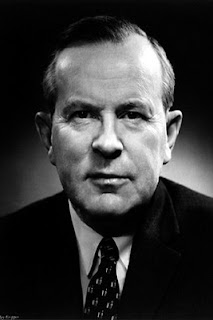 Thomas Walkom’s “Canada should board Korean peace train” is yet another example of how the progressive end of the dominant media has been seduced by Canadian foreign policy mythology.

He points out that the two Koreas are moving the process forward and that Pyongyang believes “complete denuclearization” of the Peninsula includes the US forces in the region aiming nuclear weapons at it.

But, Walkom’s column is cloaked in naivety about

Canada’s role in the geopolitical hotspot.

He ignores the international summit Ottawa and Washington organized in January to promote sanctions on North Korea. In a highly belligerent move, the countries invited to the conference in Vancouver were those that fought against North Korea in the early 1950s conflict.

“We went over there and fought the war and eventually burned down every town in North Korea,” General Curtis LeMay, head of US air command during the fighting, explained three decades later.

“Over a period of three years or so, we killed off … twenty percent of the population of Korea as direct casualties of war, or from starvation and exposure.”

Continuing its aggressive diplomatic posture, Chrystia Freeland brought up North Korea at the Munich Security Conference in Germany in February and the next month Canada’s foreign minister agreed with her Japanese counterpart to send a “strong message” to Pyongyang at the upcoming Group of Seven meetings.

(During another dreadful chapter in Korean history Canada supplied war materials to the Japanese army that occupied Korea before World War II.)

In a subsequent get together, Freeland and Japanese officials pledged to maintain “maximum pressure” on North Korea. After “welcoming South Korea’s critical role in maintaining diplomatic and economic pressure on North Korea” in March, Freeland responded gingerly to Seoul and Pyongyang’s joint announcement last month to seek a formal end to the Korean War and rid the Peninsula of nuclear weapons.

“We all need to be careful and not assume anything,” said Freeland.

Walkom also ignores the Canadian Forces currently seeking to blockade North Korea. Three weeks ago Ottawa announced it was a sending a CP-140 Aurora surveillance aircraft and 40 military personnel to a US base in Japan to join British, Australian and US forces monitoring efforts to evade UN sanctions. Earlier in the year a Vancouver Island based submarine was sent across the pond partly to bolster the campaign to isolate North Korea.

Canadians are also part of the UN military mission in Korea. The first non-US general to hold the post since the command was created in 1950, Canadian Lieutenant General Wayne Eyre was recently appointed deputy commander of the UN force stationed there.

(To be fair, Walkom hints at Ottawa’s belligerence, noting that Canada is “still technically at war with North Korea” and is among countries that “traditionally take their cue from the U.S.”)

In my forthcoming book Left, Right — Marching to the Beat of Imperial Canada I discuss how leftist intellectuals concede a great deal to the foreign policy establishment’s outlook. Laziness is a simple, though not unimportant, reason why these writers mythologize Canadian foreign policy. Buried amidst a mass of state and corporate generated apologetics, critical information about Canada’s role in the world takes more effort to uncover. And the extra work is often bad for one’s career.

A thorough investigation uncovers information tough to square with the narrow spectrum of opinion permitted in the dominant media. It’s nearly impossible to survive if you say Canadian foreign policy has always been self-serving/elite-driven or that no government has come close to reflecting their self-professed ideals on the international stage. Almost everyone with a substantial platform to comment sees little problem with Canadian power, finding it expedient to assume/imply Canada’s international aims are noble.

Rather than a story titled “Canada should board Korean peace train”, Walkom should have written about how “Canada must step off the belligerence bus”. His conscious or unconscious naivety regarding Canada’s role in Korea is part of a mainstream left trend that partly explains why Canadians overwhelmingly believe this country is a benevolent international actor despite a long history of supporting empire and advancing Canadian corporate interests abroad.

Yves Engler is the author of A Propaganda System: How Canada’s Government, Corporations, Media and Academia Sell War and Canada in Africa: 300 Years of Aid and Exploitation .

Read other articles by Yves.