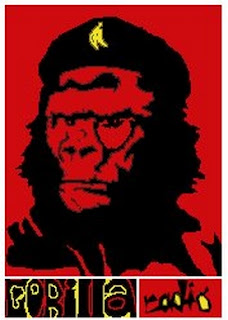 It's a great time to be in the war game! The Real News reports, "defense" company stocks at Northrup Grumman and Boeing have soared this year, while the latest launching of more than a hundred cruise missiles at Syria has proven a spectacular blast for Tomahawk maker, Raytheon.

But, as Wall Street celebrates the dazzling array of opportunities presented by America's military-investor complex, the recent blitzkrieg over Syria may too have revealed dark clouds on the war-profiteering horizon.

Apparently, some of those missiles didn't make their targets. In fact, if reports are to be believed, three quarters of the nearly two million bucks a pop Tomahawks were intercepted; brought down by Syrian air defenses.

What does this mean for the future of the Anglo-American Axis powers' war against the Middle East; and more importantly, what does it mean for the continued effectiveness of America's 21st century high-tech, high-explosive equivalent of 'Gunboat Diplomacy'?

John Helmer is a long-time, Moscow-based journalist, author, and essayist whose website, Dances with Bears is the only Russian-based news bureau “independent of single national or commercial ties.” He’s also a former political science professor who’s served as advisor to governments on three continents, and regularly lectures on Russian topics. Helmer’s book titles include: ‘Uncovering Russia,’ ‘Urbanman: The Psychology of Urban Survival,’ ‘Bringing the War Home: The American Soldier in Vietnam and After,’ and ‘Drugs and Minority Oppression’, among others.

And; Victoria's own Christopher Wylie might not have broken the internet, but he's certainly rocked it. The storm created by whistleblowing revelations he's made about his former bosses at Cambridge Analytica and their "misappropriation" of Facebook client data to use for nefarious political ends cast uber-geek billionaire Mark Zuckerberg in a congressional hotseat, cost Facebook stock billions, and put the issue of protecting the personal in a post-privacy world in the middle of the media spotlight. But, is that all there is to the story?

Christopher Black is a Toronto-based criminal lawyer best known for his involvement in a number of high-profile, international war crimes cases. He's also a poet, essayist, novelist who's new book, 'Beneath the Clouds' is just out. Black's articles on international law, politics and World events appear at New Eastern Outlook among other places, and his latest, 'The Chris Wylie Story: A NATO Psychological Operation?' shifts the focus of the scandal to Wylie's unverified accusations implicating Russian interference with Brexit and allegations of Vladimir Putin's influence in the election of Donald Trump.

Christopher Black and who exactly is Chris Wylie and what‘s his game? in the second half.

And; Victoria-based activist and CFUV Radio broadcaster at-large, Janine Bandcroft will be here at the bottom of the hour to bring us up to speed with some of what's good going on in and around our town for the coming week. But first, John Helmer and is the empire shooting blanks?