British Propaganda and Disinformation: An Imperial and Colonial Tradition 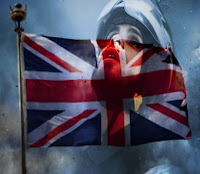 When it comes to creating bogus news stories and advancing false narratives, the British intelligence services have few peers.

In fact, the Secret Intelligence Service (MI-6) has led the way for its American “cousins” and Britain’s Commonwealth partners – from Canada and Australia to India and Malaysia – in the dark art of spreading falsehoods as truths.

Recently, the world has witnessed such MI-6 subterfuge in news stories alleging that Russia carried out a novichok nerve agent attack against a Russian émigré and his daughter in Salisbury, England.

This propaganda barrage was quickly followed by yet another – the latest in a series of similar fabrications – alleging the Syrian government attacked civilians in Douma, outside of Damascus, with chemical weapons.

It should come as no surprise that American news networks rely on British correspondents stationed in northern Syria and Beirut as their primary sources. MI-6 has historically relied on non-official cover (NOC) agents masquerading primarily as journalists, but also humanitarian aid workers, Church of England clerics, international bankers, and hotel managers, to carry out propaganda tasks. These NOCs are situated in positions where they can promulgate British government disinformation to unsuspecting actual journalists and diplomats.

For decades, a little-known section of the British Foreign Office – the Information Research Department (IRD) – carried out propaganda campaigns using the international media as its platform on behalf of MI-6. Years before Syria’s Bashar al-Assad, Iraq’s Saddam Hussein, Libya’s Muammar Qaddafi, and Sudan’s Omar al-Bashir became targets for Western destabilization and “regime change.” IRD and its associates at the British Broadcasting Corporation (BBC) and in the newsrooms and editorial offices of Fleet Street broadsheets, tabloids, wire services, and magazines, particularly “The Daily Telegraph,” “The Times,” “Financial Times,” Reuters, “The Guardian,” and “The Economist,” ran media smear campaigns against a number of leaders considered to be leftists, communists, or FTs (fellow travelers).

Through IRD-MI-6-Central Intelligence Agency joint propaganda operations, many British journalists received payments, knowingly or unknowingly, from the CIA via a front in London called Forum World Features (FWF), owned by John Hay Whitney, publisher of the “New York Herald Tribune” and a former US ambassador to London. It is not a stretch to believe that similar and even more formal relationships exist today between US and British intelligence and so-called British “journalists” reporting from such war zones as Syria, Iraq, Libya, Yemen, Afghanistan, and the Gaza Strip, as well as from much-ballyhooed nerve agent attack locations as Salisbury, England.

No sooner had recent news reports started to emerge from Douma about a Syrian chlorine gas and sarin agent attack that killed between 40 to 70 civilians, British reporters in the Middle East and London began echoing verbatim statements from the Syrian “White Helmets” and the Syrian Observatory for Human Rights. 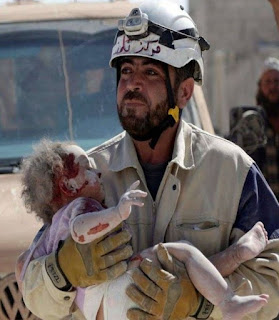 In actuality, the White Helmets – claimed by Western media to be civilian defense first-responders but are Islamist activists connected to jihadist radical groups funded by Saudi Arabia – are believed to have staged the chemical attack in Douma by entering the municipality’s hospital and dowsing patients with buckets of water, video cameras at the ready.

The White Helmets distributed their videos to the global news media, with the BBC and Rupert Murdoch’s Sky News providing a British imprimatur to the propaganda campaign asserting that Assad carried out another “barrel bomb” chemical attack against “his own people.”

And, as always, the MI-6 financed Syrian Observatory for Human Rights, an anti-Assad news front claimed to be operated by a Syrian expatriate and British national named Rami Abdel Rahman from his clothing shop in Coventry, England, began providing second-sourcing for the White Helmet’s chemical attack claims.

With President Trump bringing more and more neo-conservatives, discredited from their massive anti-Iraq propaganda operations during the Bush-Cheney era, into his own administration, the world is witnessing the prolongation of the “Trump Doctrine.”

The Trump Doctrine can best be explained as follows: A nation will be subject to a US military attack depending on whether Trump is facing a severe political or sex scandal at home.

Such was the case in April 2017, when Trump ordered a cruise missile attack on the joint Syrian-Russian airbase at Shayrat, Syria. Trump was still reeling from the resignation of his National Security Adviser, Lt. General Michael Flynn, in February over the mixing of his private consulting business with his official White House duties. Trump needed a diversion and the false accusation that Assad used sarin gas on the village of Khan Sheikoun on April 4, 2017, provided the necessary pabulum for the war-hungry media.

Although these two scandals provided opportunities for the neo-cons to test Trump with false flag operations in Syria, they were not the first time such actions had been carried out. In 2013, the Syrian government was blamed for a similar chemical attack on civilians in Ghouta. That year, Syrian rebels, supported by the Central Intelligence Agency, admitted to the Associated Press reporter on the ground in Syria that they had been given banned chemical weapons by Saudi Arabia, but that the weapons canisters exploded after improper handling by the rebels. Immediately, the Syrian Observatory for Human Rights and Syrian rebel organizations operating out of Turkey claimed that Assad had used chemical-laden barrel bombs on “his own people.” However, Turkish, American, and Lebanese sources confirmed that it was the Islamic State of Iraq and the Levant (ISIL) that had badly bungled a false flag sarin nerve agent attack on Ghouta.

Few Western media outlets were concerned about a March 19, 2013, sarin nerve agent by the Bashair al-Nasr Brigade rebel group linked to the US- and British-backed Free Syrian Army. The rebels used a "Bashair-3” unguided projectile, containing the deadly sarin agent, on civilians in Khan al-Assal, outside Aleppo. At least 27 civilians were killed, and scores of others injured in the attack. The Syrian Kurds also reported the use of chemical weapons on them during the same time frame by Syrian rebel groups backed by the United States, Turkey, and Saudi Arabia. The usual propaganda operations – Syrian Observatory for Human Rights, Doctors Without Borders, the BBC, CNN, and Sky News – were all silent about these attacks.

In 2013, April 2017, and April 2018, the Western media echo chamber blared out all the same talking points: “Assad killing his own people,” “Syrian weapons of mass destruction,” and the “mass murder of women and children.” Western news networks featured videos of dead women and children, while paid propagandists, known as “contributors” to corporate news networks – all having links to the military-intelligence complex – demanded action be taken against Assad.

Trump, now being advised by the notorious neocon war hawk John Bolton, the new National Security Adviser, began referring to Assad as an “animal” and a “monster.” Bolton, along with Vice President Dick Cheney’s chief of staff Irving Lewis “Scooter” Libby, helped craft similar language against Saddam Hussein prior to the 2003 US invasion and occupation of Iraq. It was not coincidental that Trump – at the urging of Bolton and other neocons – gave a full pardon to Libby on the very same day he ordered the cruise missile attack on Damascus and other targets in Syria. Libby was convicted in 2005 of perjury and illegally disclosing national security information.

The world is being asked to take, at face value, the word of patented liars like Trump, Bolton, and other neocons who are now busy joining the Trump administration at breakneck speed. The corporate media unabashedly acts as though it never lied about the reasons given by the United States and Britain for going to war in Iraq and Libya. Why should anyone believe them now?

Wayne Madsen is an investigative journalist, author and syndicated columnist. A member of the Society of Professional Journalists (SPJ) and the National Press Club.