From the Archive: President Trump says his “tough” language on immigration, which reportedly included decrying “shithole” nations, didn’t apply to Haiti but he appears to know little of America’s debt to Haiti, which Robert Parry described in 2010. 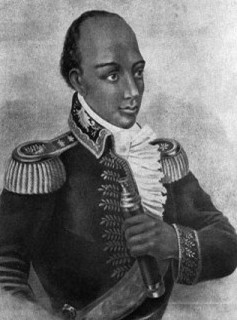 In 2010, when announcing emergency help for Haiti after a devastating 7.0-magnitude earthquake, President Barack Obama noted America’s historic ties to the impoverished Caribbean nation, but few Americans understand how important Haiti’s contribution to U.S. history was.

In modern times, when Haiti does intrude on U.S. consciousness, it’s usually because of some natural disaster or a violent political upheaval, and the U.S. response is often paternalistic, if not tinged with a racist disdain for the country’s predominantly black population and its seemingly endless failure to escape cycles of crushing poverty.

However, more than two centuries ago, Haiti represented one of the most important neighbors of the new American Republic and played a central role in enabling the United States to expand westward. If not for Haiti, the course of U.S. history could have been very different, with the United States possibly never expanding much beyond the Appalachian Mountains.

In the 1700s, then-called St. Domingue and covering the western third of the island of Hispaniola, Haiti was a French colony that rivaled the American colonies as the most valuable European possession in the Western Hemisphere. Relying on a ruthless exploitation of African slaves, French plantations there produced nearly one-half the world’s coffee and sugar.

Many of the great cities of France owe their grandeur to the wealth that was extracted from Haiti and its slaves. But the human price was unspeakably high. The French had devised a fiendishly cruel slave system that imported enslaved Africans for work in the fields with accounting procedures for their amortization. They were literally worked to death.

The American colonists may have rebelled against Great Britain over issues such as representation in Parliament and arbitrary actions by King George III. But black Haitians confronted a brutal system of slavery. An infamous French method of executing a troublesome slave was to insert a gunpowder charge into his rectum and then detonate the explosive.

So, as the American colonies fought for their freedom in the 1770s and as that inspiration against tyranny spread to France in the 1780s, the repercussions would eventually reach Haiti, where the Jacobins’ cry of “liberty, equality and fraternity” resonated with special force. Slaves demanded that the concepts of freedom be applied universally.

When the brutal French plantation system continued, violent slave uprisings followed. Hundreds of white plantation owners were slain as the rebels overran the colony. A self-educated slave named Toussaint L’Ouverture emerged as the revolution’s leader, demonstrating skills on the battlefield and in the complexities of politics.

Despite the atrocities committed by both sides of the conflict, the rebels known as the “Black Jacobins” gained the sympathy of the American Federalist Party and particularly Alexander Hamilton, a native of the Caribbean himself and a fierce opponent of slavery. Hamilton, the first U.S. Treasury Secretary, helped L’Ouverture draft a constitution for the new nation.

But events in Paris and Washington soon conspired to undo the promise of Haiti’s new freedom. Despite Hamilton’s sympathies, some Founders, including Thomas Jefferson who owned 180 slaves and owed his political strength to agrarian interests, looked nervously at the slave rebellion in St. Domingue. Jefferson feared that slave uprisings might spread northward.

“If something is not done, and soon done,” Jefferson wrote in 1797, “we shall be the murderers of our own children.”

Meanwhile, across the Atlantic, the chaos and excesses of the French Revolution led to the ascendance of Napoleon Bonaparte, a brilliant and vain military commander possessed of legendary ambition. As he expanded his power across Europe, Napoleon also dreamed of rebuilding a French empire in the Americas. 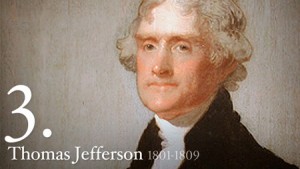 In 1801, Jefferson became the third President of the United States and his interests at least temporarily aligned with those of Napoleon. The French dictator was determined to restore French control of St. Domingue and Jefferson was eager to see the slave rebellion crushed.

Through secret diplomatic channels, Napoleon asked Jefferson if the United States would help a French army traveling by sea to St. Domingue. Jefferson replied that “nothing will be easier than to furnish your army and fleet with everything and reduce Toussaint [L’Ouverture] to starvation.”

But Napoleon had a secret second phase of his plan that he didn’t share with Jefferson. Once the French army had subdued L’Ouverture and his rebel force, Napoleon intended to advance to the North American mainland, basing a new French empire in New Orleans and settling the vast territory west of the Mississippi River.

In May 1801, Jefferson picked up the first inklings of Napoleon’s other agenda. Alarmed at the prospect of a major European power controlling New Orleans and thus the mouth of the strategic Mississippi River, Jefferson backpedaled on his commitment to Napoleon, retreating to a posture of neutrality. Still terrified at the prospect of a successful republic organized by freed African slaves Jefferson took no action to block Napoleon’s thrust into the New World.

In 1802, a French expeditionary force achieved initial success against the slave army, driving L’Ouverture’s forces back into the mountains. But, as they retreated, the ex-slaves torched the cities and the plantations, destroying the colony’s once-thriving economic infrastructure.

L’Ouverture, hoping to bring the war to an end, accepted Napoleon’s promise of a negotiated settlement that would ban future slavery in the country. As part of the agreement, L’Ouverture turned himself in. Napoleon, however, broke his word.

Jealous of L’Ouverture, who was regarded by some admirers as a general with skills rivaling Napoleon’s, the French dictator had L’Ouverture shipped in chains back to Europe where he was mistreated and died in prison.

Infuriated by the betrayal, L’Ouverture’s young generals resumed the war with a vengeance. In the months that followed, the French army already decimated by disease was overwhelmed by a fierce enemy fighting in familiar terrain and determined not to be put back into slavery.

Napoleon sent a second French army, but it too was destroyed. Though the famed general had conquered much of Europe, he lost 24,000 men, including some of his best troops, in St. Domingue before abandoning his campaign. The death toll among the ex-slaves was much higher, but they had prevailed, albeit over a devastated land.

By 1803, a frustrated Napoleon denied his foothold in the New World agreed to sell New Orleans and the Louisiana territories to Jefferson. Ironically, the Louisiana Purchase, which opened the heart of the present United States to American settlement, had been made possible despite Jefferson’s misguided collaboration with Napoleon.

Jefferson also saw the new territory as an opportunity to expand slavery in the United States, creating a lucrative new industry of slave-breeding that would financially benefit Jefferson and his plantation-owning neighbors. But nothing would be done to help Haiti. [See Consortiumnews.com’s “Thomas Jefferson: America’s Founding Sociopath.”]

“By their long and bitter struggle for independence, St. Domingue’s blacks were instrumental in allowing the United States to more than double the size of its territory,” wrote Stanford University professor John Chester Miller in his book, The Wolf by the Ears: Thomas Jefferson and Slavery.

But, Miller observed, “the decisive contribution made by the black freedom fighters went almost unnoticed by the Jeffersonian administration.”

The loss of L’Ouverture’s leadership dealt a severe blow to Haiti’s prospects, according to Jefferson scholar Paul Finkelman of Virginia Polytechnic Institute.

“Had Toussaint lived, it’s very likely that he would have remained in power long enough to put the nation on a firm footing, to establish an order of succession,” Finkelman told me in an interview. “The entire subsequent history of Haiti might have been different.”

Instead, the island nation continued a downward spiral. In 1804, Jean-Jacques Dessalines, the radical slave leader who had replaced L’Ouverture, formally declared the nation’s independence and returned it to its original Indian name, Haiti. A year later, apparently fearing a return of the French and a counterrevolution, Dessalines ordered the massacre of the remaining French whites on the island.

Though the Haitian resistance had blunted Napoleon’s planned penetration of the North American mainland, Jefferson reacted to the shocking bloodshed in Haiti by imposing a stiff economic embargo on the island nation. In 1806, Dessalines himself was brutally assassinated, touching off a cycle of political violence that would haunt Haiti for the next two centuries.

For some scholars, Jefferson’s vengeful policy toward Haiti like his personal ownership of slaves represented an ugly blemish on his legacy as a historic advocate of freedom. Even in his final years, Jefferson remained obsessed with Haiti and its link to the issue of American slavery.

In the 1820s, the former President proposed a scheme for taking away the children born to black slaves in the United States and shipping them to Haiti. In that way, Jefferson posited that both slavery and America’s black population could be phased out. Eventually, in Jefferson’s view, Haiti would be all black and the United States white.

Jefferson’s deportation scheme never was taken very seriously and American slavery would continue for another four decades until it was ended by the Civil War. The official hostility of the United States toward Haiti extended almost as long, ending in 1862 when President Abraham Lincoln finally granted diplomatic recognition.

By then, however, Haiti’s destructive patterns of political violence and economic chaos had been long established continuing up to the present time. Personal and political connections between Haiti’s light-skinned elite and power centers of Washington also have lasted through today.

Recent Republican administrations have been particularly hostile to the popular will of the impoverished Haitian masses. When leftist priest Jean-Bertrand Aristide was twice elected by overwhelming margins, he was ousted both times first during the presidency of George H.W. Bush and again under President George W. Bush.

Washington’s conventional wisdom on Haiti holds that the country is a hopeless basket case that would best be governed by business-oriented technocrats who would take their marching orders from the United States.

However, the Haitian people have a different perspective. Unlike most Americans who have no idea about their historic debt to Haiti, many Haitians know this history quite well. The bitter memories of Jefferson and Napoleon still feed the distrust that Haitians of all classes feel toward the outside world.

“In Haiti, we became the first black independent country,” Aristide once told me in an interview.

“We understand, as we still understand, it wasn’t easy for them American, French and others to accept our independence.”

Investigative reporter Robert Parry broke many of the Iran-Contra stories for The Associated Press and Newsweek in the 1980s. You can buy his latest book, America’s Stolen Narrative, either in print here or as an e-book (from Amazon and barnesandnoble.com).