The Democrats Are A Lost Cause 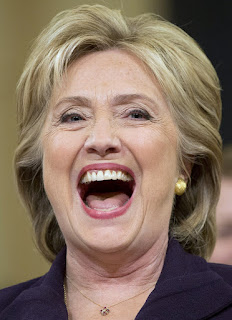 There they go again. Hillary was a two time loser. Weirdly, her people are still in charge of the Democratic Party. Clintonista militant moderates haven’t learned a thing from Bernie Sanders or Donald Trump — so they’re trying to sell Democratic voters on more of the same.

Remember what happened when Hillary ran on “never mind your crappy low wage job, vote for me because ‘first woman president'”? Now we’re supposed to get excited about center-right California Senator Kamala Harris because she ticks off two boxes on the identity politics hit parade.

Remember the ugly optics when Bill and Hillary took their excellent fundraising adventure to the Hamptons? Kamala 2020 is already doing the same thing.

Remember how it well worked out when Hillary snubbed Bernie and insulted his progressive supporters, then ran a tack-to-the-right general-election campaign that targeted Republicans who were never going to vote for her? Here comes Kamala with rhetoric that makes her sound like a Rand Paul Republican:

Also lots o’ tasty “tough on crime” (since she’s black it can’t possible be the racist dog whistle it sounds like).

The DNC is still partying like it’s 1999: Third Way/DLC/center-right triangulation is king. Dick Morris, call Kamala. Memo to the Dumocrats: Trump’s polls are in the toilet. Still, Trump (or, if Trump gets impeached, Pence) might beat the Dems again in 2020.

“Double haters” — voters who hated Trump and Clinton — were a deciding factor in 2016, accounting for “3% to 5% of the 15 million voters across 17 battleground states,” according to political author Joshua Green. They broke for Trump. They — and Bernie voters snubbed by Hillary who sat home on election day — cost Hillary the 2016 election.

To be fair, some establishment Democrats know how to count.

“American families deserve a better deal so that this country works for everyone again, not just the elites and special interests. Today, Democrats will start presenting that better deal to the American people,” Chuck Schumer wrote in The New York Times yesterday.

These are good ideas. But they’re so small. If enacted, the Dems’ Better Deal wouldn’t do a thing about the problems that afflict most voters. The #1 problem is the economy. There aren’t enough jobs. The jobs there are don’t pay enough. Bosses have too much power over workers. A massive new WPA-like program, in which the federal government hires millions of Americans to rebuild our crumbled infrastructure, would create jobs.

A $25/hour minimum wage — that’s about what it would be if raises had kept up with inflation — would guarantee that a full-time job yields full-time pay. Abolishing America’s inhuman, archaic “at-will” employment, which gives employers the right to fire you without a good reason, would restore balance to labor-management relations. The U.S. is the only nation with at-will.

The #2 problem is healthcare. Attempts by Republicans to repeal Obamacare have made the ACA more popular than ever. Most Democrats want single-payer, where the government pays for healthcare — why doesn’t the Democratic Party?

The answer, of course, is that the party leadership is owned by Wall Street, the Fortune 500 and big-monied special interests in general. Figures like Harris and Schumer and Clinton will never give the people what we want and need because their masters will never allow it.

The question for us is, when do we stop giving them our votes — and start organizing outside the dead-end of the electoral duopoly?

Ted Rall, syndicated writer and the cartoonist for ANewDomain.net, is the author of the book “Snowden,” the biography of the NSA whistleblower.