Inside the US fight to fix Israel’s global standing 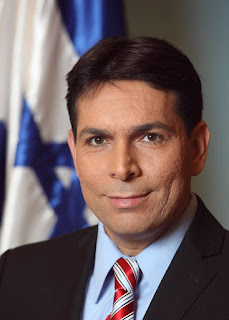 Al Jazeera - The Trump administration is using unprecedented threats and financial “blackmail” against the United Nations and its agencies to end their focus on human rights abuses by Israel, according to analysts and Palestinian leaders.

They accuse the United States of joining Israel in a campaign of intimidation against the UN secretariat and member states to forcibly rehabilitate Israel’s international standing.

The offensive comes after the Israeli government of Benjamin Netanyahu had faced several years of criticism in diplomatic circles for refusing to engage in a peace process with the Palestinians.

An early indication of the new campaign’s success, analysts noted, was the election last week of Danny Danon as a vice-president of the UN’s main representative forum, the General Assembly. Danon has been Israel’s ambassador to the UN since 2015.

He is known as an arch-opponent of the two-state solution and, before heading to the UN in New York, had repeatedly called for Israel to annex most of the West Bank.

US ‘attorney’ for Israel

It is views like Danon’s, which are increasingly dominant inside the Israeli government, that have driven a swelling boycott movement, as well as increasing comparisons between Israel and apartheid South Africa. “The US and Israel are now jointly engaged in ‘street fighting’ at the UN,” a Western diplomat, who wished to remain anonymous, told Al Jazeera.

“Washington is throwing its weight around and bullying people. The old rules of diplomacy have been thrown out of the window.”

That view was confirmed by Hanan Ashrawi, a former Palestinian negotiator and member of the PLO Executive Committee.

“The Trump administration has become a very vocal and aggressive attorney for Israel,” she told Al Jazeera.

“It threatens consequences for anyone seen to be supporting the Palestinians or criticising Israel.”

Danon will take up his new post in September, chairing sessions of the General Assembly, helping to set its agenda and overseeing enforcement of rules and decorum during its meetings.
New sheriff in town The increasingly overt alliance between Israel and the US at the UN was highlighted this week when Danon escorted Nikki Haley, Trump’s envoy to the UN, on a visit to Israel. In a speech to the US pro-Israeli lobby group AIPAC in March, Haley promised to be “a new sheriff in town” at the UN. On the way to Israel, Haley stopped in Geneva to berate one of the UN’s chief agencies, the Human Rights Council (UNHRC), for what she termed its “chronic anti-Israel bias”. Its behaviour “makes a mockery not of Israel, but of the Council itself,” she added. She threatened that the US would pull out of the UNHRC if it did not rein in its criticism. In April, Haley issued a similar warning when she took over the rotating presidency of the UN’s most powerful body, the Security Council. She told members that their monthly Middle East debates would now focus on Iran, Syria, Hamas and Hezbollah, not Israel.

Israel and the White House have been leaning on other key UN agencies. In March, the Economic and Social Commission for Western Asia was forced to retract an expert report after it concluded that Israel had established an apartheid regime ruling over the Palestinians. And last month the US condemned a resolution by the UN’s cultural agency, UNESCO, after it called on Israel to uphold international law and end policies that were changing the religious and cultural character of occupied East Jerusalem. Although the resolution passed, most European countries either abstained or voted against it. Afterwards, Netanyahu crowed:

“The number of countries who support this absurd UNESCO resolution is getting smaller.”

All this has been occurring against the drumbeat of threats from the Trump administration that it is ready to impose drastic cuts to the UN budget. Washington is the UN’s biggest contributor, covering nearly $13.5bn of the world body’s funding.

“The main factor behind Danon’s promotion is blackmail by the Trump administration,” said Ashrawi.

“It is threatening to withhold UN funding and it is clear member states are scared.”

Nathan Thrall, author of a new book on Israeli-Palestinian diplomacy, The Only Language They Understand, said the campaign had forced the Palestinians to back off from diplomatic initiatives at the UN. Over the past seven years, Palestinian President Mahmoud Abbas placed an emphasis on the struggle to win recognition of Palestinian statehood at the UN. That included joining a UN agency, UNESCO, in 2011. The US responded by suspending its UNESCO’s funding.

“The Palestinians are afraid what Trump might do,” Thrall told Al Jazeera. “If the US starts making global institutions collapse, the Palestinian leadership are worried they will get the blame from other countries.”

Peacekeeping operations and humanitarian assistance would be among the UN operations expected to suffer. “The Palestinians don’t want to lose friends when they need them most,” added Thrall.

Danon, aged 46, was selected for the role of General Assembly vice-president by a regional faction at the UN known as the Western European and Others Group. It includes most European countries, plus Israel, Australia, Canada and New Zealand. The election of vice-presidents is organised on a regional basis to ensure fair geographical representation. Salah Bardawil, a senior Hamas official, tweeted that Danon’s elevation was “a mark of Cain on the UN’s forehead.” Israel has been the subject of dozens of resolutions condemning its violations of the UN charter – far more than any other member state. But in particular, the choice of Danon has disturbed Palestinian leaders. Until recently, his was widely seen as the enfant terrible of the Israeli right. Netanyahu sacked Danon from his post as deputy defence minister in summer 2014, during Israel’s attack on Gaza, in which some 500 Palestinian children were killed. He called Danon “irresponsible” for describing Israel’s military operation as too lenient.

When Netanyahu announced Danon’s posting as ambassador a year later, Israeli analysts described the decision as a “cruel joke”. Ashrawi noted that Danon’s treatment at the UN contrasted strongly with that of Salam Fayyad, the former Palestinian prime minister. Efforts by the US Secretary-General, Antonio Guterres, to appoint Fayyad, a Palestinian moderate, as the UN envoy to Libya were blocked by the US in February. Haley described the move as against Israel and added:

“The United States will act, not just talk, in support of our allies.”

Even before Trump, there were signs that Israel’s fortunes at the UN were changing. Last year, Danon made history becoming the first Israeli ambassador to chair a permanent committee – dealing, paradoxically, with international law, the subject on which Israel has faced most criticism. Again, Danon received the backing of the Western European and Others Group. However, Danon’s relations with the previous US administration were strained. In late 2012 he accused President Barack Obama of being “no friend of Israel”.

By contrast, Danon has been enthusiastically embraced by the Trump administration, observed Thrall.

“Israel is doing well diplomatically, at the moment. There are rumours that it aspires to a seat in the Security Council. The climate is such that some Israeli politicians even seem to think that might be achievable.”

Interviewed by the settlers’ news agency Arutz Sheva last month, Danon said there was a “new spirit” at the UN.

“They no longer focus only on Israel. The UN is no longer the Palestinian playground. Something is changing here.”

Of his relationship with Haley, he told the Orthodox Jewish magazine Mishpacha in April:

“When it comes to Israel, we share the same views.”

Although the world body has been viewed as traditionally hostile to Israel, experts have cited several factors that explain Israel’s changing fortunes. In recent years, Israel has made strategic alliances with powerful states at the UN, in addition to its main ally in Washington. Israel has won favour often through arms sales and intelligence sharing. The diplomat, who has worked in Israel, said:

“Israel has been reaching out to emerging economies in BRICS [Brazil, Russia, India, China and South Africa] as well as Mexico. That is starting to pay a diplomatic dividend.”

Also, Europe, which is in growing disarray, has abandoned even the pretence of acting as a counterweight to Washington. That has made it easier to win over European countries to Israel’s side. Thrall noted:

“The apparent calculus in countries like the UK is that the best way to ingratiate themselves with the US is to be good to Israel.”

And the UN, mired in financial difficulties, is reeling from the threat of further penalties from the US and its allies if it continues to be seen as anti-Israel.

“Israel and the US are ready to break the international order to get their way,” said the diplomat.

“People are scared of what they might be capable of doing.”