Trump's Attack on America the Beautiful

Trump is the first president to take on America the Beautiful. He’s at war with America. This is not new news. Yet, it is worthy of further discussion. Trump’s anti-establishmentarian credentials flaunted during the campaign to woo voters fed up with America’s decline, except for filthy rich, has lost its shine. He’s an establishment creature, not anti-establishment, in the neoliberal sense of supply-side economics, force-feeding the upper class so they’ll drop crumbs down below to the vast Middle/Poor Class, a new socio-economic class in America, the newest, largest class, supplanting the vast middle class of the 1950s-60s-70s.

Now that Trump has hoodwinked America’s Middle/Poor Class voters, he has turned his attention to a much larger issue, the destruction of America the Beautiful. With the exception of perfectly groomed golf courses, Trump hates environmental protectionism.

According to the Ocean Conservancy, as of March 5th:

“Over the weekend, we learned that the Trump administration plans to gut NOAA’s budget by nearly $1 billion. These budget cuts aren’t just ‘trimming the fat’ they’re cutting straight to the bone.”

Thus cutting back crucial communication between the health of the planet and the public, as satellite data, climate research, and coastal management are thrown into jeopardy.

Twenty-four hours earlier, massive cuts to the EPA were announced. Before the era of the EPA, magazines like Time ran stories about Cleveland’s Cuyahoga River on fire. It was 1969 and the Cuyahoga River was declared a fire hazard because of its oil-slickened feculent, grimy surface. It caught fire 13 times and thus served as a real life-real time sub-natural lobby for creation of the EPA in 1970 and then passage of the Clean Water Act in 1972. Today, the Cuyahoga is clean.

The Potomac, Lake Erie, cesspools, Chesapeake Bay, and Hudson River to name a few carried disease, filth, and reprehensible odors, a legacy of industry without restrictions within recent lifetimes.

Today, the EPA estimates that one-half of the country’s rivers and streams are “impaired waters,” which means no swimming, no fishing. The EPA’s 40-years remains a work-in-progress.

In the 1970s, downtown LA was a haze as smog smeared the entire city. Once again the EPA, aka Mr. Clean, saved the day, putting teeth into the Clean Air Act in the late 1970s, adding regulatory weight to mandate reduction of polluting cars, factories, mills, and utilities. Nobody else stood up to the chemical plants or steel mills or auto manufactures declaring: “We can’t breathe.” Back then America flirted with dystopia, hanging in the balance, until EPA stood up to polluters. Imagine the dystopian mess if the EPA never existed, no mandates, no regulations, no singular force with regulatory authority to monitor and enforce clean air. After all, back then it grew worse and worse until forced to clean up.

EPA made America great as the country was headed for darkness. Further to the point, the EPA’s record, in the face of horrendous industrial damage, is downright remarkable: 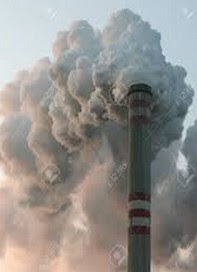 “The EPA has facts to back it up. Since 1970, the agency has reduced the six most common air pollutants by more than 50 percent, reduced air toxins from large industrial sources by almost 70 percent, and eliminated the use of ozone-depleting chemicals And this progress was accomplished even as the country’s GDP tripled, energy consumption increased by 50 percent, and vehicle use nearly doubled”

(Source: Andrew Small, Before the EPA, Our Cities Looked Like This, Climate Desk, Grist, March 4, 2017).

No agency, nobody else has such a strong record of achievement.

Mr. Trump is horribly ill informed. He should increase the EPA’s budget, maybe double. The EPA saved America and made America Great! He will not remake America Great again without a strong, viable EPA. Rather, he’ll fall on his own sword if he implements deep cuts.

Additionally, the EPA was singularly instrumental in saving Americans $362 billion on utility bills since 1992 in partnership with the Dept. of Energy’s Energy Star Program, promoting creation of efficient product development. That’s amazing and worthy of tripling the EPA budget, not cutting back. It’s precisely programs like Energy Star that make America great!

It is still early, maybe too early to fully understand what Trump’s administration will do, but early indicators are not positive, as anticipated by Richard L. Revesz, Lawrence King Professor of Law and dean emeritus, New York University School of Law: 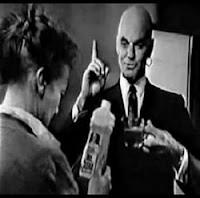 Pruitt and other administration officials appear interested in rewriting guidelines for regulatory analysis and they could cook the books so that environmental protections appear to have few or no benefits and exaggerated costs. The results would be sinister…”

A sinister attack on America the Beautiful is the likeliest course of action, easily accomplished, behind the scenes, a deathtrap for so much that is held so dear, presupposed, like breathable air and noncombustible waterways.

Making America Beautiful is what the EPA is all about, and it has earned its spurs. Demonizing its wonderful legacy will cast a very long very dark shadow.

Robert Hunziker lives in Los Angeles and can be reached at This email address is being protected from spambots. You need JavaScript enabled to view it.