Exit Obama in a Cloud of Disillusion, Delusion and Deceit 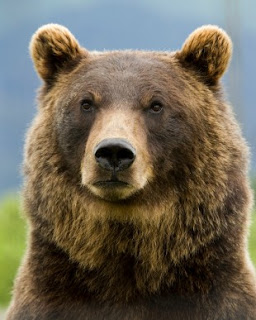 I had promised myself and my family that on this holiday I would do nothing but relax. However events have overtaken my good intentions. I find myself in the unusual position of having twice been in a position to know directly that governments were lying in globe-shaking events, firstly Iraqi WMD and now the “Russian hacks”. Anybody who believes the latest report issued by Obama as “proof” provides anything of the sort is very easily impressed by some entirely meaningless diagrams.

William Binney, who was Technical Director at the NSA and actually designed their surveillance capabilities, has advised me by email.

It is plain from the report itself that the Russian groups discussed have been under targeted NSA surveillance for a period longer than the timeframe for the DNC and Podesta leaks. It is therefore inconceivable that the NSA would not have detected and traced those particular data flows and they would be saved.

In other words, the NSA would have the actual hack on record, would be able to recognise the emails themselves and tell you exactly the second the transmission or transmissions took place and how they were routed. They would be able to give you date, time and IP addresses.

In fact, not only do they produce no evidence of this kind, they do not even claim to have this kind of definite evidence. Secondly, Bill points out that WikiLeaks is in itself a top priority target and any transmission to WikiLeaks or any of its major operatives would be tracked, captured and saved by NSA as a matter of routine. The exact route and date of the transmission or transmissions of the particular emails to WikiLeaks would be available. In fact, not only does the report not make this information available, it makes no claim at all to know anything about how the information was got to WikiLeaks. Of course Russian hackers exist. They attack this blog pretty well continually – as do hackers from the USA and many other countries. Of course there have been attempted Russian hacks of the DNC. But the report gives no evidence at all of the alleged successful hack that transmitted these particular emails, nor any evidence of the connection between the hackers and the Russian government, let alone Putin. There could be no evidence because in reality these were leaks, not hacks. The report is, frankly, a pile of complete and utter dross. To base grave accusations of election hacking on this report is ludicrous.

Obama has been a severe disappointment to all progressive thinkers in virtually every possible way. He now goes out of power with absolutely no grace and in a storm of delusion and deceit. His purpose is apparently to weaken Trump politically, but to achieve that at the expense of heightening tensions with Russia to Cold War levels, is shameful.

The very pettiness of Obama’s tongue out to Putin – minor sanctions and expelling some diplomatic families – itself shows that Obama is lying about the pretext. If he really believed that Russia had “hacked the election”, surely that would require a much less feeble response. By refusing to retaliate, Russia has shown the kind of polish that eludes Obama as he takes his empty charisma and presentational skills into a no doubt lucrative future in the private sector.