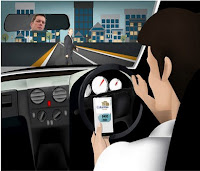 Moscow - Alexei Mordashov (lead image, top left), the mining and metals oligarch, promised President Vladimir Putin (centre) that in future he would stick to investing in Russia. “We did a great deal of work abroad,” he told the President, “but came to the conclusion that our future lies primarily in Russia, in the Russian market, and our production here is most efficient. We sold the North American division and are focusing almost entirely on our Russian assets.” That was on January 19, 2015.

Mordashov was back in front of Putin at the Kremlin this week, tellinghim on December 19: “I would also like to ask you not to reduce the level of your cooperation.” What Mordashov didn’t tell Putin was how much he has invested in Canadian goldmining over the past year, and how much more, according to Russian and Canadian sources, he is planning to invest next year. That may come to $400 million if a gold prospect in French Guiana, owned by a Canadian mining company, turns out to be El Dorado when a report Mordashov is preparing on the exploration results and gold value is due to be released next March.

The gold prospect, called Montagne d’Or (“mountain of gold”), is currently believed by its licence-holder Columbus Gold and its promoters in the North American mining market to be “one of the highest-grade open pit gold projects in the Americas.”

This past January, Mordashov paid $6 million to put his men in charge of the mine site, and keep its secrets secure. According to Erick Bertsch, spokesman for Columbus Gold, that outlay, plus spending “in excess of $30 million already on the project”, plus the delivery of a bankable feasibility study for the anticipated mine by March 31, by Mordashov’s goldmining company Nordgold will earn a stake of 55.1% in Montagne d’Or. Another $366 million in capital expenditure on building the mine will be required. For background on Mordashov’s Nordgold, a spinoff of his heavily indebted Severstal steel, iron ore and coal group, start here, and read on.

Columbus Gold currently holds 44.99% of the Guiana gold project. Columbus Gold is currently listed on the Toronto Stock Exchange at a market capitalization of C$66.5 million ($49.5 million). If Mordashov buys out Columbus Gold, and then starts mining, he will be obliged to spend at least $400 million. That’s $400 million Mordashov has told Putin he will not be investing outside Russia.

Columbus Gold started in Vancouver in 2004, and it is controlled by Robert Giustra, cousin of the well-known Canadian entrepreneur Frank Giustra. In 2010 Frank Giustra sold Mordashov a controlling stake in the Guinean goldmine operations of Crew Gold for $215 million, making Giustra a 124% profit on an 8-month investment.

Altogether, Mordashov paid about $500 million to buy Crew Gold into Nordgold. His takeover of High River Gold in 2012 cost about C$200 million ($148.3 million). This year’s takeover of Northquest has cost $22 million. At present, Nordgold has a market value of $1.3 billion.

With 5.7 million troy ounces of gold estimated in 2013, Montagne d’Or (also known as the Paul Isnard project) is the biggest asset Columbus Gold owns. It also has gold prospects it is exploring in Nevada and New Mexico in the US.

Frank Giustra is one of the largest contributors to the Clinton family
foundation; right, Nikolai Zelenski, chief executive of Nordgold, with Robert Giustra

Since the late 19th century, the French and Guyanese have been mining gold in small-scale alluvial panning, dredging, and tunnel works in the area of the Montagne d’Or deposit. Between 2010 and 2013 Columbus Gold bought the French Guiana prospects of Auplata S.a., their French owner at the time. Giustra then agreed with Mordashov on a scheme for Nordgold to invest at least $30 million in prospecting, proving and developing the Montage d’Or deposit by March 2017. In return, Nordgold would earn its 50.01% stake in the project. At first, Columbus Gold directed the work at the mine site; from January of 2016 Nordgold took over project management, site security, and information on what’s underground. For details, read Columbus Gold’s Annual Information Form, filed in the SEDAR archive on November 17.

Mining engineers and geological consultants from the UK, South Africa, Canada and Australia have estimated the deposit might hold between 4.6 and 5.3 million oz. In April 2015 the SRK consultancy estimated the gold content of the mineral resource was 5 million oz. SRK added the qualification: “mineral resources are not ore reserves and do not have demonstrated economic viability.” With a market gold price of $1,200 per oz, SRK projected that a mine would generate revenue of $3.7 billion, with initial capital spending of $366.4 million; operating costs of $2 billion; and free cash flow after capital payback and taxes of $756 million.

But all of that is in the wishful future. According to Columbus Gold’s latest financial report, issued in November, in FY 2016 its losses came to C$3.9 million; in FY 2015 the losses totalled C$5.1 million. Columbus Gold says that so far in French Guiana it has invested C$65 million, of which C$25 million has come from Nordgold.

Mordashov’s engagement with Robert Giustra began with an option agreement in September 2013, finalized six months later. The deal provided Nordgold with “the right to acquire a 50.01% interest in the eight Paul Isnard mining concessions and the exploration permits. Nordgold can earn its interest in the mineral permits by completing a Bankable Feasibility Study and by expending not less than US$30 million in 3 years.” In January of this year Mordashov paid $6 million for an additional 5% stake in the project, but that too is tied to “completion of a Bankable Feasibility Study and… a minimum of $32,730,000 (US$30,000,000) in project expenditures.”

Mordashov’s representative, Oleg Pelevin (right), strategy director at Nordgold, took one of the five seats on the Columbus Gold board. At this week’s annual general meeting, 11.2% of the shareholders withheld their vote from Pelevin, a larger proportion than for any other director. These votes were withheld by State Street Trust, Northern Trust and other proxy holders for the institutions investing in Columbus Gold.

As chief executive and board chairman Giustra holds only 1% of the company’s shares, according to spokesman Bertsch. According to Giustra himself, the largest single shareholder is EURO Ressources, S.A., a wholly owned unit of IAMGOLD of Toronto, with no more than 10%. Through Nordgold, Mordashov appears to be the second largest shareholder with 8.5% of Columbus Gold, a stake currently worth C$5.7 million ($4.2 million).

For the time being, Giustra and his associates controlling the management and board of Columbus Gold have agreed with Mordashov to curb his takeover appetite. “During the Nord Option period,” a company paper says, “Nord has agreed to a standstill under which it will not obtain 20% or greater of the outstanding voting securities of Columbus Gold, will not solicit proxies from Columbus Gold’s shareholders, will not attempt to engage in discussions respecting fundamental transactions involving Columbus Gold, and will vote any securities it holds in favour of management proposals put forward by Columbus Gold.”

The option period expires when Nordgold meets its spending obligation of $30 million – a condition Bertsch says has already been met — and when the bankable feasibility study is finalized by next March. At the current market cap, a takeover of the 91.5% of Columbus Gold shares Mordashov doesn’t yet own would cost about C$61 million ($46 million). With the 15% premium Nordgold offered in its final buyout of minority shareholders in Northquest early this year, the cost to Mordashov would be around $53 million. That, plus the $30 million required by the option agreement, plus at least $6 million in share-buying to date add up to between $80 and $90 million.

For Nordgold and Mordashov, Moscow spokesman Olga Ulyeva was asked how many shares Mordashov already holds and when he can start buying more. She did not respond.

Since Mordashov began buying into Columbus Gold in 2013, the share price has risen from about 34 Canadian cents to peaks of 60 cents in March 2014 and 87 cents in August 2016, but it is now down to 47 cents. Paper value for the company since Mordashov first showed his interest has ranged from a low of about C$43 million to a high of C$124 million. Its current market capitalization is C$66.5 million.

On December 2, Columbus Gold announced what it calls a rights plan for shareholders anticipatting that a takeover will come soon.

“The Rights Plan was not adopted by the Board of Directors in response to any offer or takeover bid. It is intended to ensure that all shareholders have an equal opportunity to participate in any bid for control of Columbus Gold and is not intended to prevent a takeover bid or secure the continuance of the management or the Board of Directors or to defer fair offers for Columbus Gold’s shares made by all shareholders equally.”

There has been vocal criticism, as well as bitter shareholder challenges and litigation in the Canadian courts, over earlier takeovers by Mordashov of High River Gold, Crew Gold, and Northquest. For the most recent story at Northquest, read this. For the longer history of Mordashov’s Canadian goldmine takeovers, start here.

In September Thibaut Lepouttre, an analyst with Caesars Report, predicted that “if history repeats itself, Nordgold will try to acquire 100% of Montagne D’Or, and after checking up on the company’s financial health, we have no doubt the Russian company will be able to fund an acquisition of the remaining interest as the total price tag for the 44.99% stake will very likely be lower than the free cash flow Nord Gold generates in a semester.” He hinted that the new gold reserve and resource measurement for Montagne d’Or may be available as early as January 2017.

By lifting the price of gold to $1,300 per oz, cutting the mine costs and the risk discount, Lepoutre projected another $150 million in takeover value for Montagne d’Or. The Toronto stock market agreed for a week, but then the share price turned downwards. Gold was above $1,300 between June and October, and has subsequently dwindled towards the $1,100 mark.

Two Canadian mining analysts repeated the Nordgold takeover prediction in reports on December 5 and December 12. Three days later, the Streetwise Gold Report compiled them together in this bulletin. While readers watched this month, the share price has dropped 23% from 61 cents to 47 cents.

Gianulis (right), a Vancouver-based investment fund operator, was almost as unpopular as Pelevin in the December 21 vote for Columbus Gold’s new board.

In Moscow, Oleg Petropavlosvky, an analyst for the BCS brokerage, said:

“The possibility of the full acquisition of Columbus Gold by Nord Gold is very high, because they already have a big share in it. I can’t predict how soon it will be as it depends on the results of geological exploration in French Guiana.”

Robert Giustra was asked if the Russian takeover scenarios reported in the market place have been discussed by the board. Nordgold must “earn its interest [in Montagne d’Or] first,” he replied. That will come in March of 2017.

“They have not made any offer to us. It’s not been the subject of any planning or strategy. Using reasonable assumptions I suspect there will be a dialogue at some point. It hasn’t happened yet.”