“Those who expect to reap the blessings of freedom must undergo the fatigue of supporting it.”  — Thomas Paine 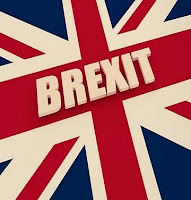 The narrow victory, which caught the prognosticators by surprise, is the strongest sign yet that working people across the continent are awakening to economic and political disaster that has been created in the name of European integration.

Not only has the EU failed to live up to its promise of lifting all boats and widening prosperity, it has also transformed the region into a low-growth, high unemployment charnel house where bankers and their corporate allies siphon off the wealth of the weaker states to enrich high-flying speculators and voracious bondholders.

And while the referendum’s outcome will surely be challenged in the months to come, it represents a critical turning point in the public’s attitude towards a thoroughly reactionary and odious institution that is solely responsible for the abysmal state of the economy, the progressive erosion of living standards, and steady rise of right wing extremism.

“Nobody seems to understand it’s not about Cameron or Nigel Farage, or Michael Gove vs Boris Johnson, it’s about voting for or against the EU, for or against Juncker and Tusk and five other unelected presidents having a say in one’s life. And that’s not all either. It’s about voting to leave, or remain in, a Union that is already dead and preserved only in a zombie state. Brexit is just one vote and many more will inevitably follow. Brexit is not the first, Grexit had that ‘honor’ last year. Later this month, elections in Italy and Spain have the potential to turn into preliminary Italix and Spexit votes. And then there will be more. The reason why these things are taking place, and will be, going forward, is that the economies of all these countries are fast deteriorating. The sole reason why people have accepted the rule of Brussels coming from far away over their daily lives, is the promise that it would make those lives better and more comfortable. That promise has been shattered. The EU has made things worse for most Europeans, not improved them. And when seen in that light, why should people agree to continue to be told what to do by those who’ve made them poorer? There’s no democratic model in which that remotely makes sense. There are only undemocratic models left…. An economy in decline means the end of centralization and the end of existing political power structures. This is inevitable.” (“Murder, Lifeboats, an Iceberg and an Orchestra“, Automatic Earth)

The Brexit referendum represents a fundamental rejection of austerity for working people and subsidies (QE) for the markets. It is an indictment of the destructive policies that have thrust a broad swathe of southern Europe into a permanent depression while bankers in Paris and Berlin make out like bandits. Even now the loathsome European Central Bank continues to run up massive debts (ECB-QE is $80 billion per month) just to line the pockets of corporate CEOs who offload their toxic bonds with the clear intention of using the money to buyback their own shares further enriching themselves and their swinish shareholders at the expense of ordinary investors. This Ponzi-rip off is what passes as economic policy in the EU. Brexit threatens put an end to this huckster’s swindle. Here’s a little more background from the World Socialist Web Site:

“The EU is an instrument of the ruling classes of Europe for the imposition of brutal austerity measures—most directly on the workers of Greece, of Spain, Portugal and Ireland, but also on workers in the UK, France and Germany….Prime minister, Cameron, has even proclaimed an “Age of Austerity” as his government imposes cuts of £210 billion, (€263 billion), equivalent to over 10 percent of Britain’s GDP, at the cost of the destruction of 20 percent of all public sector jobs, millions more in the private sector and the decimation of vital services. The EU is second of all an instrument of military aggression. It is a vital ally of NATO in its escalating conflict with Russia and China as the US and European powers seek to control all of the world’s markets and resources—including vital oil and gas riches commanded by the Putin regime in Moscow and the giant production platform manned by billions of super-exploited workers led by President Xi Jinping in Beijing.” (“The Brexit referendum and the struggle for socialism“, World Socialist Web Site)

Brexit is also a rejection of incoherent immigration policies whose objective is to accommodate the millions of victims of US war-making in the Middle East. EU leaders should make every effort, including economic sanctions, to stop Washington from arming and training extremist proxies that are currently fighting in Syria and who have forced roughly 4 million refugees to flee to Europe for safety. Europe shouldn’t be blamed for the blowback from America’s bloodthirsty foreign policy.

Even so, Brussel’s unwillingness to stand up to Washington on this matter has allowed radical elements to emerge whose xenophobia is fueling widespread anti-immigrant hysteria. In the US, GOP hopeful, Donald Trump has capitalized off anti-immigrant sentiment making a wall along the Mexico border a central tenet of his platform. Trump issued a statement shortly after the results of the EU referendum were announced. He said:

“The people of the United Kingdom have exercised the sacred right of all free peoples. They have declared their independence from the European Union and have voted to reassert control over their own politics, borders and economy. A Trump administration pledges to strengthen our ties with a free and independent Britain, deepening our bonds in commerce, culture and mutual defense. The whole world is more peaceful and stable when our two countries – and our two peoples – are united together, as they will be under a Trump administration.    Come November, the American people will have the chance to re-declare their independence. Americans will have a chance to vote for trade, immigration and foreign policies that put our citizens first. They will have the chance to reject today’s rule by the global elite, and to embrace real change that delivers a government of, by and for the people. I hope America is watching, it will soon be time to believe in America again.”

Trump owes his popularity entirely to the mismanagement of the US economy which–like the EU–provides trillions for Wall Street while leaving Main Street to fend for itself. The widening of inequality is paralleled by the rise in political extremism which is hastening the dissolution of the EU superstate and the move towards war. And Britain is just the tip of the iceberg. According to a recent survey by the Pew Research Center, only 38 percent of people in France had a favorable view of the EU, down from 69 percent in 2004. (which is lower than the level of support in the UK). Similarly, only 47 percent of the Spanish population holds a favorable view of the EU, down from 80 percent in 2007. The EU has shown that it is as incapable of reform as it is of accepting responsibility for perpetuating a financial crisis that began 7 years ago and persists to this very day. It has also demonstrated repeatedly that it will not hesitate to inflict as much economic pain as possible on its victims unless they comply with its counterproductive edicts. Worst of all, the strict rules of the EU make it impossible for state representatives to follow the will of their people or to act in a way that serves their own national interests. Any deviation from Brussel’s neoliberal consensus is likely to end up before the European Court of Justice where the mega corporations have the upper hand. By leaving the EU, Britain will restore its sovereignty and strengthen its democracy. Ambrose Evans Pritchard summed it up like this:

“Stripped of distractions, it comes down to an elemental choice: whether to restore the full self-government of this nation, or to continue living under a higher supranational regime, ruled by a European Council that we do not elect in any meaningful sense, and that the British people can never remove, even when it persists in error.”

Hat’s off to the British voters who had the guts to reject the EU corporate slavestate and cast their ballot for freedom. You’re an inspiration to us all.