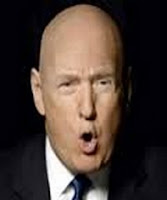 Last June, I wrote a column predicting that Trump would give the GOP nightmares, but that his penchant for “leaving no impulsive opinion behind” would be his Achilles heel. Nine and a half months later, this is what is transpiring.

His egotistical bombast—false statements, displays of shocking factual ignorance on policy issues, and planned, staccato-like insults toward the other Republican contenders—got him lots of media attention. But like an elastic band being stretched to its purpose, there comes the time when the band must snap.

In the last two weeks, the casino-hotel baron has snapped. He was trapped into a petty retaliation against Senator Cruz after one of Cruz’s Super PACs distributed a semi-nude pin-up picture of Trump’s wife. He has stopped campaigning for a week before the crucial Wisconsin primary while he continues to be barraged by reporters asking about his campaign manager’s potential criminal charge in Florida for having vigorously pulled a reporter’s arm. He then stumbled badly in an interview with NBC’s Chris Matthews (a fervid political Democrat). In the interview, The Donald said, women who have abortions should receive “some punishment.” His recanting of that statement hours later hasn’t caught up with the immediate uproar.

National polls of all voters have never been good for Trump. Now they spill over into disasterland. He has the highest unfavorability ratings of any candidate, followed by Hillary Clinton. Of women who are expected to vote in the Republican primary, only 24 percent support him and nationally almost 3 out of 4 women oppose him—foreshadowing a certain defeat in November, given his very low standing among minority voters. Even in his victories, Trump has rarely won more than 30% of the Republican primary vote against his competitors.

Now Trump has left his lavish Florida vacation mansion for Wisconsin only to find a maelstrom of opposition from the Republican Party, the Republican Governor and the Republican legislators who control the state government. What’s more, the state’s influential conservative talk radio bloviators—most of whom are backing the madcap Ted Cruz—are bashing Trump daily as juvenile and as not a conservative.

Wisconsin polls, which recently had him in the lead, are turning sharply against him. Last Wednesday, a poll released by Marquette University Law School showed the war-hawk Cruz leading Trump by 40 percent to 30 percent. Rising Governor John Kasich comes in third with 21 percent.

What’s more, the polls across the country are trending downward for Trump. This is bad news for Trump, who has to win upcoming primaries by significant margins in order to reach 1237. He is turning off so many people with his spasmodic outbursts of Trumpisms that he can’t even be sure there won’t be defections among his own delegates during the crucial first round of voting at the Republican Party convention.

Trump’s trump card has always been his warning that, if the Party treats him unfairly, he can always go independent. This is unlikely. Trump’s trap is that by the time he has to admit his quest has failed, it will be too late for him to meet state ballot access deadlines for an independent candidacy. Moreover, he would learn what the resounding cry of “loser” would mean to voters.

So, Donald Trump is left with his dark prediction that should he garner the largest number of votes, even if he should not get the majority magic number of 1237 delegates going into the conventions, in his words, “you’d have riots.”

The trouble with Trump’s scenario is what is called “backfire.” Riots in the streets for a sore loser? Riots because he won’t survive the succeeding rounds of voting inside the Republican Convention in Cleveland? Riots won’t sit well with most Republicans, not to mention the local police and the voters who would see the television images.

The Republican Party overlords—whose smug expectation last year was that the super PAC-rich Jeb Bush would walk into the nomination—are going to let Trump save face. They will praise him effusively for exciting the Republican base and expanding the primaries’ viewing audience. Then they will give Trump center stage before a massive television audience where he can advertise his Trump high-rises and the increasingly-valuable Trump brand.

The Trump brand has always been the New Yorker’s fall-back mega-billion-dollar position. Making presidential primaries into big business for the commercial media will be another one of his legacies. CBS president Leslie Moonves confirmed Trump’s contribution when he said that Trump’s campaign “may not be good for America, but it’s damn good for CBS.”

There are downsides to Trump’s forthcoming fall. Trump took on the corporatist trade treaties and the hollowing out of jobless communities throughout the land. He touted the need for massive public works projects. He consistently condemned Hillary’s support of the Iraq war as Senator, and her lead role in leading the way for the Libyan overthrow and the resultant spreading violent chaos in northwest and central Africa when she was Secretary of State. He stuck it to Hedge Fund billionaires with their brazen tax escapes.

It will be a while before you see a major Republican Presidential candidate stake out these positions day after day.

In the end, The Donald just could not control his unprovoked, ugly verbal outbursts.

Ralph Nader is a consumer advocate, lawyer and author of Only the Super-Rich Can Save Us!