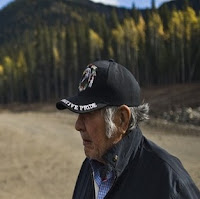 The following is an open letter for all of you Canadians out there. My name is Wolverine. I am an 83 year old father, grandfather, great grandfather and Secwepemc Elder.

I am a long time defender of the inherent jurisdiction and responsibility of Indigenous Peoples to steward our Homelands, which have never been purchased or surrendered to Canada, Britain or any other entity.

In her first public appearance as Federal Minister of Justice and Attorney General of Canada, Jody Wilson-Raybould, Kwakwaka’wakw, publicly spoke to the letter I sent on January 4th, 2016 to both her and the Prime Minister of Canada Justin Trudeau calling for a National Inquiry into the Ts’Peten/Gustafsen Lake Standoff 1995.

She was asked three times by three women, to take action, to call this Inquiry and to address the ongoing genocide that is taking place on our Territories. Her response, as the Federal Minister of Justice and Attorney General of Canada was disrespectful and dismissive.

You all need a history lesson. Here it is.

A little over 20 years ago, in 1995, after over a century’s worth of attempts to have Secwepemc sovereignty respected, including visits to England and letters written to the Federal government, the RCMP initiated a 31 day siege against my People as we took a stand against the desecration and dispossession of our sacred Sundance Grounds at Ts’Peten/Gustafsen Lake in so-called British Columbia.

The 1995 Gustafsen Lake Standoff as it is known, if it is known, to you, was the largest paramilitary assault in Canadian history. Over 450 RCMP and paramilitary officers, armoured Personnel Carriers mounted with .50 calibre machine guns, land mines and 77,000 rounds of ammunition were deployed against us. The RCMP stated their murderous intentions in national media during the siege, openly boasting about bringing 18 body bags for the 18 Defenders barricaded by the RCMP into the camp. One of the defenders was 14 years old and pregnant at the time.

This is genocide. This is the genocide that began at contact and has not stopped since. As we speak, our People are being harassed and murdered by various and violent institutions of the state including the RCMP. Our People are being dispossessed of our homelands, our Children stolen, our Women missing and murdered, our Men in prison, our Cultural Practices outlawed and all of us entrapped in federally administered cycles of addiction, dysfunction and poverty.

The Prime Minister and/or the Federal Minister of Justice/Attorney General have not responded to my letter seeking to settle these issues, outstanding for over 150 years. Federal Minister of Justice Jody Wilson-Raybould, in her first public appearance since her election, when questioned by members of the Ts’Peten Defence Committee and allies about the letter and the inquiry acknowledged me and the receipt of my letter and went on to publicly state the inquiry is not a priority. That her government’s continued genocidal contraventions of their very own constitutional obligations is not a priority. Most disappointing was Ms. Wilson’s disrespectful redirection of our humble questions. The ongoing murder and abduction of our Women must not be used to deflect the seriousness of the questions we are asking as it is the very same issues we are attempting to address in our questioning.

Let me be clear. Already, the actions or lack thereof of the new Prime Minister and the Federal Minister of Justice and Attorney General are in direct contravention of the moral and legal obligations their respective stations require of them. I remind you that these obligations are constitutional. Foundational to any jurisdiction, authority or legitimacy Canada claims. The continued, flagrant and genocidal contraventions of Canada’s constitutional obligations, enshrined six times in the history of North America*, is shameful and criminal and must be addressed as such.

This is what I am saying now and this is what my ancestors have said since Confederation. The federal and provincial governments have no legal basis for the jurisdiction they assume in the Territories called Canada. This is especially evident, in so called British Columbia.

Minister of Justice and Attorney General Jody Wilson-Raybould should know this, as an officer of the court, a law graduate and as an Indigenous Woman herself. No treaty or purchase, no cede or surrender to the Crown ever occurred in my Territory. This is a crucial point of law.

How did Canada assume jurisdiction on unceded and unsurrendered territories without treaty or purchase, the only available legal basis’ for doing so? And let me tell you, just because they have been assuming this jurisdiction since Confederation, doesn’t make it right and certainly does not make it legal. 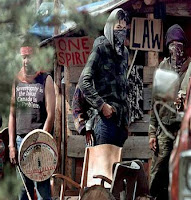 There is no justice on stolen land. There is no justice in the very same courts and institutions that have, without the jurisdiction to do so, created the Indian Act, that have legislated genocide, that have attempted to but have not and will not succeed in destroying us. Canada is a failed nation. Canada is crumbling under the weight of its own broken promises, constitutional violations and genocidal crimes.

Our Tribes are rising, are formally unifying in the stance of full sovereignty and jurisdiction on our Territories. The Allied Tribes Declaration 2016, made in my Homelands and with Tribes from the North, the South, the East and the West, is evidence of this. The strong stance of defence and jurisdiction my People are taking to stop the destruction of their Homelands, whether that destruction is pipelines, fracking, logging, LNG terminals, fish farms, transport corridor expansions, mines, tar sands, or any other resource extractive industry, is evidence of our strength, our rise, our unity and what will soon be brought to bear on the jurisdiction, authority and legitimacy Canada has been illegally assuming through violence, deception and coercion.

It is our Tribal Laws, held by the women, held sacred and defended, that are the laws, that have always been the Law of this Land. It is for this purpose our Allied Tribes are unifying, joining our home fires into one fire so that we may continue to assert Tribal Law, our inherent jurisdiction on our Territories, with the unified strength and purpose, power and pride of all of our Tribes.

As is our right, we are taking our own steps, under the auspices of Tribal Law, to seek third party adjudication. No court or judicial body on these Territories has the jurisdiction to address these very grave matters I have taken the time to write to you about here. Now that you know, now that you will continue knowing, inaction is complicity. We will not wait another 150 years for justice. We are the rightful stewards of our Territories and we have not consented to any of this. You all have a responsibility to stand behind us when we take the same stance our ancestors have taken, the same stance we took at Ts’Peten/Gustafsen Lake. To defend Ourselves, our Relatives, our Lands, our Waters and Future Generations. No surrender. Total resistance.

Wolverine is a Secwepemc Elder and long time defender of the inherent jurisdiction and responsibility of Indigenous Peoples to steward Indigenous Homelands, which have never been purchased or surrendered to Canada, Britain or any other entity. Contact: This email address is being protected from spambots. You need JavaScript enabled to view it.. Read other articles by Wolverine, or visit Wolverine's website.