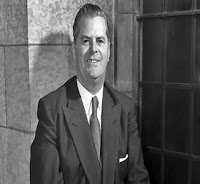 Well, it’s all over but the shouting. WAC Bennett’s dream of cheap power, cheap rail, and cheap ferry service has been murdered.

NDP opposition asleep at the wheel


It’s actually worse than that because the opposition has been asleep from the beginning and, even when it had its eyes barely open, was still in a semi-comatose condition. This started at the end of the 90s when the NDP folded its tent and became a mere shadow of its former self, leaving the field wide open for the right wing.


Now, I’m not talking about the right wing as we used to know it in the old days under the Bennetts, who mixed capitalism, socialism, and sprinkled them with doses of populism to keep things exciting.
The new guy, calling himself a Liberal, Gordon Campbell, was an entirely different breed of cat. He combined a hearty dislike for crown corporations with an utter lack of any sensitivity toward people and communities.

He left us as his legacy: BC Ferries, BC Rail, and BC Hydro. Under the Campbell/Clark government all of this has gone.

WAC Bennett Dam (Damien Gillis)
The ferry system is now some hybrid, neither private not public, and down to the point of selling off its ferries to ex-employees for pennies.
BC Rail’s so called “sale” was a fraud, plain and simple, and British Columbians got taken to the cleaners.
Now we had BC Hydro, the jewel of our crown, and the Campbell/Clark government has dug its deadly talons into its back.
I am going to say it but once: “I told you so!” So did economist Erik Andersen in these pages. So did Damien Gillis. So did many others who wrote for us. The problem was that the theft and distraction was so obvious that nobody could believe that it was happening.
This is probably the best con game of all. The sucker can often work their way through a complicated scam, but give him a simple Ponzi scheme right before his very eyes and he is bowled over unto stupefaction.


It was scarcely a secret that Gordon Campbell hated crown corporations. Within two years of taking office he passed an energy policy which took away from BC Hydro its ability to create new power, except Site C, and forced it to buy all its new power from private companies who were given exclusive rights to make it. This required scores of our rivers to be decimated by what the private companies – euphemistically dubbed IPPs (“Independent” Power Producers”) – called “weirs” but were in fact small but destructive dams.

Construction of a private power project on the Ashlu River (Photo: Range Life)
Hydro had to pay twice or more the market cost of this power and it was forced to take it when it was produced even though it didn’t need it at that time. The Finance Minister, Campbell crony Colin Hansen, said these IPPs would be little “mom and pop”, which was 100% bullshit – unless one considers General Electric to be a “mom and pop” operation. The owner of your corner grocery store can tell you what happens if you follow these sorts of business practices.
As if that wasn’t bad enough, we now have the admission from minister Bill Bennett (who at least ought to have the decency to change his name) that the Christy Clark government has been milking huge “dividends” out of money BC Hydro has borrowed. Not earned, for God’s sake, but borrowed! BC Hydro is now in a financial mess from which it can never recover, short of a massive injection of public cash out of the treasury or by inflated electricity bills or both.
Thus, under Gordo and Christy, the power company that provided reliable and cheap power to the public and to industry has gone poof! And it has gone by way deliberate misfeasance by a political party which next year will be asking us, with a straight face, to support them because they are “business oriented”.


This story is, of course, compounded by Site C, which promises to deliver power we don’t need now or in the foreseeable future at a cost that will surely exceed $10 billion and will destroy thousands of acres of good agricultural land – to say nothing of the way of life of farmers and First Nations who have lived in the area since time immemorial.
During this time, the NDP have scarcely been helpful and, in fact, in their latter days in power, also helped themselves to BC Hydro-borrowed money.
I don’t suppose there’s any point in stating the obvious that the mainstream media have paid no attention whatsoever to this disgraceful destruction of our heritage. I invite you to search the Vancouver Sun and Province for critical articles, editorials, or columns about the Campbell/Clark energy wipeout that’s been the last nail in the BC Hydro coffin. You’ll come up pretty well empty.
After all, don’t forget that Postmedia are now formal partners with the Canadian Association of Petroleum Producers and that big-time tax evader and jungle burner, Sukanto Tanoto and his Woodfibre LNG.
It’s hard unto impossible for a hardworking, honest, decent citizen to find an ounce of honesty or decency amongst those, in the delicious words of the Anglican Book Of Prayer, “set in authority over us”.


Rafe Mair, LL.B, LL.D (Hon) a B.C. MLA 1975 to 1981, was Minister of Environment from late 1978 through 1979. In 1981 he left politics for Talk Radio becoming recognized as one of B.C.'s pre-eminent journalists. An avid fly fisherman, he took a special interest in Atlantic salmon farms and private power projects as environmental calamities and became a powerful voice in opposition to them. Rafe is the co-founder of The Common Sense Canadian and writes a regular blog at rafeonline.com.