US Encircling Russia with Bioweapons Labs, Covertly Spreads Them 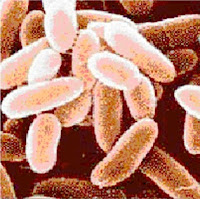 The US is obstructing international efforts to eradicate biological weapons, seeking to involve other nations covertly in research on weaponized diseases, Moscow charged. America’s record of handling bioweapons is poor.

The accusations of mishandling biological weapons voiced by the Russian Foreign Ministry refer to a recent report that the US military shipped live anthrax by mistake. Last week, the Pentagon admitted sending samples of the highly dangerous disease to at least 51 labs in 17 US states and three foreign countries.

The delivery “posed a high risk of outbreak that threatened not only the US population, but also other countries, including Canada and Australia. Of great concern is the shipment of bacteria to a US military facility in a third country, the Osan Air Base in South Korea,” the Russian ministry said in a statement.
It added, an anthrax outbreak occurred in 2001, also involving a US military lab.

For Russia such incidents are of particular concern, because one of its neighbors, Georgia, hosts a research facility for high-level biohazard agents. The Richard G. Lugar Center for Public and Animal Health Research near Tbilisi is an undercover American bioweapons lab, a branch of the Walter Reed Army Institute of Research, Russia believes.

“American and Georgian authorities are trying to cover up the real nature of this US military unit, which studies highly dangerous infectious diseases. The Pentagon is trying to establish similar covert medico-biological facilities in other countries [in Russia's neighborhood],” the Russian ministry said.


Moscow says the US is de facto derailing international efforts under the Biological and Toxin Weapons Convention (BTWC), a 1972 international treaty aimed at eradicating bioweapons worldwide.

“The US administration is obviously not interested in strengthening this convention. It's known that in 2001 the US unilaterally torpedoed multilateral talks in Geneva to work on a verification mechanism for the BWTC and have since obstructed their restart. Decades of international effort to strengthen the convention were derailed,” the statement said.


The Russian Foreign Ministry's indictment comes amid a wider list of accusations against the US over what Moscow sees as American violations of various international agreements dealing with weapons control, non-proliferation and disarmament.

The statement came in response to a US annual report on the issue, which accused Russia of various wrongdoings. Moscow considers such reports “megaphone diplomacy.”

Such tactics aren’t aimed at resolving any differences, but instead support America's pretense to be the ultimate judge of other nation's behavior, the ministry said.