Wall Street Kicks Off 2016 With a Faceplant
by Mike Whitney - CounterPunch
January 5, 2016 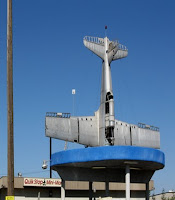 2016 started with a thud on Monday when news from China sent global stocks into freefall. The Shanghai index plunged 242 points before a system-wide circuit breaker kicked in and trading was halted. All three major US indices followed Asia’s downward slide with the Dow Jones leading the pack with a triple-digit loss on the day.

The news that Chinese manufacturing continued to contract after ten straight months of erosion put the kibosh on any New Years rally as jittery traders dumped stocks at a pace not seen since 2011.

The combination of dreary economic data, shrinking profits, dwindling capital investment, sub-par growth, and higher interest rates has put Wall Street in a foul mood foreshadowing a volatile and bumpy year ahead with little cause for celebration.
While the proximate cause of the current turbulence is China’s flagging manufacturing sector, the underlying reasons are even more important, like the dismal state of the US economy which continues to languish in a long-term coma.

Here’s a brief recap from economist Jack Rasmus at CounterPunch:

“The real U.S. economy since 2008 has grown at only roughly half to two-thirds its normal rate. Decent paying jobs in manufacturing and construction today are still a million short of 2007 levels. Median wages for non-managers are still below what they were in 2007, and households are piling on new debt again to pay for rising medical costs, rents, autos, and education. Retail sales are slowing. Construction activity is only two-thirds what it was and U.S. manufacturing is contracting again. The gas-oil fracking industrial boom of 2012-2014 – a major source of growth – has ended this past year and mass layoffs in the hundreds of thousands are now occurring in mining, manufacturing and transport. Reflecting the true weakness of the U.S. economy, prices are slowing and are now at a historic low of 1.3 percent and heading lower, as the United States – like Japan and Europe – is drifting toward deflation.” (“Central Banks Out of Control“, Jack Rasmus, CounterPunch)


Rasmus sums it up perfectly. The Fed’s zero rate stimulus has been a bust for everyone except the investor class which has raked in trillions off monetary programs that were designed to inflate bubbles while the real economy remains stuck in neutral. It’s particularly interesting that he mentions the “gas-oil fracking industrial boom of 2012-2014”, since virtually all the so-called credit expansion took place in this capital-intensive industry that is presently in severe crisis due to tumbling oil prices and reemerging deflation.
Take a look at this chart on Warren Mosler’s excellent website “The Center of the Universe” that follows credit growth since 2001:

So if the Fed’s low rates didn’t touch off a credit expansion among US households and businesses, then what was gained?
Not much really. The high-paying jobs in the oil patch have already dried up leaving the owners with sizable debts on drilling operations that are no longer profitable. As oil prices continue to slump, the price of cash in the junk bond market continues to rise paving the way for a wave of defaults that could domino through the industry. This is a fairly typical scenario whenever the Fed lowers rates. Investors search frantically for higher yield oftentimes dumping their money into overpriced bonds that provide funding for risky operations that eventually go belly up. The fracking boom is just another example of how cheap money and falling prices can lead to disaster.
Naturally, if you drop the price of money to zero and keep it there for seven years, bad things are going to happen. Speculation is going to increase, investors are going to take on more risks, and the price of stocks and bonds are going to soar. But what doesn’t happen is that ordinary working people who are still trying to reduce their debtload after the last big bust, don’t start borrowing more money and spending like madmen. That hasn’t happened and that won’t happen. The only recovery has been in the stock portfolios of the bank moguls and other filthy-rich investors. Everyone else is still just treading water.
There have been numerous warnings that the Fed’s monetary policies are steering the system towards another financial crisis. Check out this blurb from the World Socialist Web Site:

“In a report on the state of financial markets issued this week, the Office of Financial Research (OFR), set up by the US Treasury after the 2008 crisis, painted a picture of, in the words of Financial Times economic commentator Gill Tett, a “distinctly distorted American financial system” resulting from seven years of ultra-low interest rates.

The OFR said that “credit risk in the US non-financial business sector is elevated and rising.” It went on to warn that “higher base rates may create refinancing risks… and potentially precipitate a broader default cycle.”
In other words, a situation has been created where a default or a series of defaults in high risk areas could set off a chain reaction in the system as a whole, recalling the effects of the sub-prime mortgage collapse.” (“After Fed rate hike, global economic fault lines deepen”, Nick Beams, World Socialist Web Site)
This is exactly what happened in 2008 when Lehman got into trouble and threatened to take down the entire US banking system along with it. Now–according to the Office of Financial Research–we’re in the same pickle due to the Fed’s zero rates which have “distinctly distorted” asset prices creating the prospect of another meltdown.
It’s clear the Fed is worried about how all this is going to shake out. Just last week, Fed Vice Chairman Stanley Fischer said that the Fed needed more tools to prevent the financial crash and to contain the fallout should one occur. This is from Bloomberg:

(Fisher) “told the American Economic Association on Sunday that the Fed is not as well-equipped with regulatory powers to rein in housing and other asset bubbles as some other central banks. And he questioned whether Congress had gone too far in limiting the Fed’s ability to intervene if a crisis erupted and threatened the financial system.

“We won’t know until it’s very late” whether the Fed has been constrained too much, Fischer said at the AEA’s annual meeting in San Francisco. That’s something “we have to worry about a great deal.”….

Fischer also contrasted the congressional curbs placed on the Fed’s ability to act as a lender of last resort in a financial emergency …In banking legislation passed in 2010, U.S. lawmakers prohibited the Fed from engaging in rescues of individual financial firms, such as it did with Bear Stearns Cos. and American International Group Inc. during the last meltdown.” (“Fischer Worries Fed Can’t Head Off or Contain Financial Crises“, Bloomberg)
Why would Fisher ask for additional powers if he didn’t see clouds gathering on the horizon?
The Fed is entirely responsible for the condition of the financial markets. They’re the primary regulator and the braintrust behind these experimental programs like QE and zirp (zero interest rate policy). Not surprisingly, they implemented both policies with no idea of an exit strategy. Now they are trying desperately to improvise a way out of the mess that they alone created. Just look at the way they’re trying to raise interest rates. It’s a completely new procedure that may or may not work, no one really knows. Before the financial crisis, the Fed used to raise the fed-funds rate by simply buying small amounts of securities. But now that the Fed has flooded the banks with reserves in excess of $2.6 trillion, that’s no longer possible. Instead, the Fed plans to experiment with reverse repos hoping that it will help them to regain control of the rate-setting mechanism. Here’s a brief rundown of how it’s supposed to work from the Wall Street Journal:

“The Fed has been testing a new tool: the overnight reverse repurchase agreement. These are effectively collateralized loans to the Federal Reserve that temporarily drain excess reserves from government entities or excess cash from money-market funds.This, however, has risks, too. If the Fed doesn’t limit the amount of repurchases, the opportunity of earning risk-free interest at the Fed’s new higher rate could trigger a potentially destabilizing flight from risk assets such as bond mutual funds. Should the Fed set too low a cap, it risks losing control of overnight borrowing rates.” (“The Fed’s Rate Increase: A New Test Looms“, Wall Street Journal)


So according to the author, the new process for raising rates is:

(b) No one knows if it will work because it’s never been tried before.
That’s not exactly a ringing endorsement of the Fed’s new policy, now is it?
Of course, no one’s going to admit that none of this would have been necessary if the Fed had nationalized the banks and written down their debts when they had the chance in 2008. Oh, no. Instead, they’re going to keep repeating the same nonsense they’ve been saying for the last eight years, that everything is getting better and that prosperity is just around the corner. What a laugh. Meanwhile, the financial system continues to edge closer to its inevitable day of reckoning thanks in large part to the efforts of the Fed.