In the Fight for Peace and Social Justice is Mass Media or Anonymous the Answer?
by Kim Petersen - Dissident Voice
November 22nd, 2015 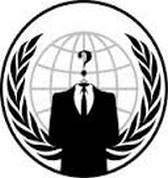 In a recent article, “In the fight against ISIS, is Anonymous the answer?,” CBC makes a bold claim in the opening sentence:

“The West wants to put a stop to ISIS.”

Given that the West has armed and protected ISIS, the CBC article loses all credibility from the get-go.1,2,3

Having established at the outset its own bias and mendacity, the CBC, in the article’s second sentence, calls into question the hacktivist resistance group Anonymous that declared itself an enemy of ISIS:
“But is Anonymous the answer?”


In fact, Anonymous reports contrariwise to the CBC about who is behind ISIS.

Given that ISIS is a western spawn, then what purpose does ISIS serve for the West?

CBC spoke to Gabriella Coleman, author of a book on Anonymous, who expressed worry about “doxxing,” releasing someone’s real identity and “outing” them online. She speculated about a scenario whereby Anonymous might incorrectly identify someone as an ISIS member with terrible results.

“The stigma can be horrible,” Coleman said. “They’ll be harassed, the consequences can be very bad.”


But isn’t this what the state and state media does most of the time whenever a suspect is identified and this is published in the media before guilt has been determined in a court of law and even before charges may have been laid?4

Because of the insidiousness of disinformation5 and its use as a tool of repression and oppression, and since the CBC reveals itself to be an instrument of disinformation,6 the CBC (along with western corporate and state media elsewhere) presents itself as an enemy of peace and social justice.

A greater abomination than ISIS is the existence of state actors that create real boogeymen to evoke fear, carry out terrorism, foment wars, and cause death and mayhem. Equally abominable and sordid is mass media which disinforms and manipulates public sentiment, and which allows the planting of false flags to wreak further death and destruction to attain unjustifiable political ends.

If indeed Anonymous is a grouping, however loose, dedicated to exposing disinformation, waging peace, fighting against state intrusions into privacy while revealing state secrets, and supporting social justice — then it seems clear that Anonymous is a group that anti-war types and supporters of a just society should solidarize with.

Kim Petersen is a former co-editor of Dissident Voice. He can be reached at: This email address is being protected from spambots. You need JavaScript enabled to view it.. Read other articles by Kim.