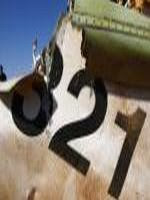 Never wasting an opportunity for base point-scoring, some Western leaders appear to be capitalising on the horror of the Paris terror attacks to cajole Russia into accepting their regime-change agenda in Syria.

From the G20 summit in Turkey last weekend, the West is fashioning a new twist in the narrative which seeks insidiously to lay the blame, at least in part, on Russia for the horrific carnage in the French capital – that happened just two days before the G20 met in Turkey’s Antalya.

Even more distastefully, some Western voices are also crafting the implication that Vladimir Putin’s military intervention in Syria was responsible for the downing of the Russian passenger plane over Sinai in which 224 people were killed.

The Islamic State terror group (also known as ISIS or ISIL) has claimed involvement in the two incidents, with the latest gun and bomb attack in Paris killing over 130 people.

On Monday, Britain’s Guardian headlined: «Western leaders urge Putin at G20 to change course in Syria». Adding to the blame-game narrative, was the accompanying sub-headline: «Diplomats hope that possible bombing of Russian plane and Paris attacks will convince Putin to change strategy».

Russian crash investigators have concluded that a terrorist bomb caused the Metrojet A321 to break up at an altitude of 31,000 feet over the Sinai desert with over 200 Russian tourists on board. American and British intelligence had asserted from an early stage that a terrorist bomb in the luggage hold brought the plane down, which tends to confirm a claim of responsibility made by an IS-affiliate.

From the Western perspective, as reported by the Guardian, the military intervention in Syria by Putin that began on September 30 is to blame for the Paris and Sinai death toll. Russia’s campaign of air strikes against various terrorist groups in Syria, including the Islamic State network, has enraged the terrorists to take revenge on targets outside Syria.

That is the implication from the Guardian’s choice of words that «diplomats hope possible bombing of Russian plane and Paris attacks will convince Putin to change strategy». Note the insidious onus is placed on Putin to «change strategy» which clearly infers that «it’s all Putin’s fault» for the recent carnage.

This shifting the blame on to Moscow was echoed at the G20 summit by American President Barack Obama and the European Council President Donald Tusk, among others. Tusk said that Russia’s air strikes must henceforth focus on ISIS and not «moderate rebels», according to the BBC.

Reuters reported: «Obama urges Russia to join renewed effort to eliminate Islamic State». The news agency inserted this editorial comment into its reportage: «US-led efforts to combat Islamic State were complicated when Russia joined the conflict a month and a half ago, targeting what the West says are mainly areas where foreign-backed fighters are battling Assad, Moscow's ally, rather than Islamic State».

So, according to Reuters, US-led efforts to combat ISIS in Syria have been undermined by Russia’s entry to the conflict, even though Moscow’s intervention has been legal under international law, at the invitation of the Syrian government, and over the past six weeks Russian air strikes have dealt serious blows to the IS and other jihadist networks, as can be judged by rapid on-the-ground advances made by the Syrian army.

In Antalya, Obama held a cordial, business-like meeting with Putin on the sidelines of the G20 summit. The White House characterised their discussion as «constructive» and Voice of America noted that the tone of two leaders’ confab was markedly absent of any antagonism.

Nevertheless, the Western narrative following the G20 conference conveys the unmistakable – albeit snide – implication that Russia’s actions in Syria are wrongheaded and have exacerbated the problem of international terrorism. That implication of blame is obviously aimed at pressuring Moscow into adopting Western plans for a «political transition» in Syria.

It takes a breathtaking wilful denial of reality by Western media to produce that contorted depiction of the conflict in Syria.

In addition to Obama, among the G20 leaders were those of Britain, France, Turkey and Saudi Arabia. That US-led group has been responsible for instigating the nearly five-year mayhem in Syria going back to March 2011 when the foreign-backed covert war for regime change was initiated under the cover of the «Arab Spring» regional pro-democracy protests.

Washington and its allies have funded, armed and trained a whole army of foreign mercenaries mobilised with a sociopathic sectarian ideology. The so-called Islamic State is just one of hundreds of jihadist brigades that include the Free Syrian Army, whom the West lionise, against all reason and evidence, as «moderate rebels».

Western leaders refer to the IS as a «death cult». US Secretary of State John Kerry, speaking at last weekend’s political talks in Vienna over the Syrian crisis, described the terror organisation as a form of «medieval fascism». French President Francois Hollande, in the wake of the Paris attacks, vowed to wage a «war without mercy» against the IS.

Astoundingly, missing from this Western condemnation of IS is the fact that this network and its associated terror brigades have been created out of Western machinations for regime change, not just in Syria, but right across North Africa, the Middle East and Central Asia, dating back to the US-British invasion of Iraq and Afghanistan 14 years ago. We can go further back to the late 1970s and 1980s in Afghanistan, when the US launched the mujahideen and Al Qaeda – the precursors of IS – along with British, Saudi and Pakistani intelligence. A veritable Frankenstein creation whose American authorship was confirmed again only two weeks ago by US Defence Secretary Ashton Carter in a speech given to the Reagan Library in California.

Russia’s military intervention in Syria is rightly focused on destroying all the terror networks and on preventing Syria turning into another failed state that would export even more terrorism to the region, just as Western machinations have succeeded in doing in Afghanistan, Iraq, Libya and Somalia, and, we should add, in Russia’s southern Caucasus region.

It is the height of ludicrousness for Western leaders and their Arab and Turk allies to lecture Russia about the priority of focusing on IS, and «not moderate rebels». This is simply a false dichotomy fictionalised in order to give the West a cover for its sponsorship of terrorism in Syria under the guise of supporting «secular moderates». The latter is non-existent. The FSA’s crimes of beheading and generally terrorising the civilian population in Syria are just as every bit as vile as those of the IS, Al Nusra, Jaish al Islam, Ahrar al Sham, Farouq, Islamic Front (sic), and all the other jihadist brigades.

The Guardian reported British leader David Cameron as saying at the G20 summit: «The conversation I want to have with Putin is to say, look, there is one thing we agree about which is we would be safer in Russia, we would be safer in Britain, if we destroy ISIS. That is what we should be focusing on».

Cameron added: «Britain had its differences with the Russians, not least because they have done so much to degrade the non-ISIL opposition to Assad – people who could be part of the future of Syria».

This is just British balderdash spinning a lie that somehow the only terror problem in Syria is due to ISIS alone, and that all other groups are «moderate» and are «people who could be part of the future of Syria». Britain, as with the other US-led allies, wants Russia to ease off on its campaign to wipe out the regime-change mercenaries. ISIS is perhaps being thrown under the warplanes, as a token sacrifice, but the objective is to keep the other mercenary brigades intact to continue the regime-change program.

As well as using base calumny to implicate Russia in escalating terrorism out of Syria, the British prime minister also dangled a sordid bribe to Moscow. According the Guardian, Cameron sought «to reassure Putin that however the political transition ends in Syria, Russian commercial political and military interests could be protected». Note the seductive words «could be».

The Guardian report cited above also revealed this gambit by Downing Street: «The British government may be willing to put to one side long-standing differences over the Russian incursion into Ukraine to try to reach a breakthrough over Syria».

How’s that for British expedience? For more than a year, London has dragooned the rest of Europe into following Washington’s policy of demonising and sanctioning Moscow over the conflict in Ukraine – another mess engineered by the West. Yet now, the Cameron government is prepared to put aside Ukraine – if Putin will play ball over Syria by going along with the West’s regime-change agenda to oust the Syrian President, Bashar al-Assad.

With boundless cynicism, the Western authors of Syria’s catastrophic war and terrorism, including horrific blowback violence and a refugee crisis in Europe, are now seeking to pressure Russia into acceding to their criminal enterprise of regime change, by trying to shift the blame on to Russia, while offering inducements of sanctions relief and normalisation over Ukraine.