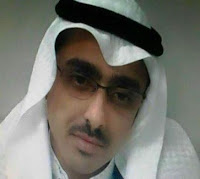 A private jet, several luxury cars and a mansion were not enough to make him feel a truly fulfilled and respected member of the Gulf ruling “elites”.

Others had more, like those double-decker Airbus 380’s, or tremendous duplexes overlooking Karbala.

Perhaps that was the reason why he tried so hard to catch up, by smuggling from Beirut, Lebanon to Riyadh, Saudi Arabia (KSA), some 40 suitcases and boxes neatly packed with Captagon pills, with some cocaine thrown in for good measure.

I say “perhaps”, because there are, of course, some other options and possibilities…

In fact there are many different first-hand takes on every aspect and detail of the story.

According to various reports, a simple and honest security guard at Beirut’s Rafik Hariri International Airport stopped the Prince and asked him to open his suitcases.

“I have a diplomatic passport!” protested the Prince.

“You do, but your luggage doesn’t”, explained the guard, phlegmatically.

What followed was described by several mainstream media outlets.

“Lebanese authorities detained five Saudi citizens at the airport last week after finding two tones of Captagon amphetamine pills bound for Saudi Arabia on a private jet, security sources and the NNA said, the biggest smuggling operation ever discovered at the airport. On Monday the prince and four other people in custody were accused of the crime, the NNA cited Claude Karam, public prosecutor for the Mount Lebanon area, as saying. The charges were also leveled at five other people in absentia, he added…. Consumption of Captagon outside the Middle East is negligible, the United Nations Office on Drugs and Crime (UNODC) said last year, but it is a significant drug in the Gulf. Lebanon and neighboring Syria are conduit routes for the drug.”


According to other sources, the interception was prepared well in advance and the security officers at the checkpoint that had been set up for the passengers coming and leaving Beirut on their private jets, knew well in advance about the content of the cargo, which was covered with Saudi Arabian official emblems. An x-ray machine that was hardly used at that particular section, suddenly and miraculously became operational. The prince and his cohorts were thoroughly checked, and then detained.

This was the biggest contraband ever discovered at this already notorious airport. Just to put things into some visual perspective: imagine a full-sized hippopotamus, weighing around 2 tons. This is how heavy the narco-contraband was in possession of His Highness, and his 4 chums. What an appetite! All that stuff has a value of around US$280 million at the “market price”.

The prince could not be truly so daring, could he? Princes are usually not… 2 tons of drugs leaving Beirut, and the same 2 tons arriving at Riyadh airport! In his country, some poor Philippine maid or a Bangladeshi guest worker would be chopped to pieces for just a few grams of cocaine. And in some Saudi ideological, Wahhabi colonies, like Indonesia, any foreigner or non-elite citizen would be shot like a stray dog for trafficking almost any amount of drugs. 2 tons would put anyone in the KSA or Indonesia into a giant, slowly rotating blender!

A prince of one of the closest allies of the West would surely not break the law in such an outrageously extreme manner. Unless…

“Yes, they will let him go”, lamented a prominent Lebanese political analyst who did not want to be identified (out of fear that Saudis would retaliate).

“They have a license to kill, rape, smuggle with complete impunity, and yet still couldn’t manage to let women get a drivers license because of ‘norm-wise’ and religion-wise it is not advisable, yet raping and killing innocent people and dealing with and smuggling drugs is fair and square in their own interpretation of religion. Their royalty is acting very un-regally. And what is happening here: This is Lebanon and everything here is a matter of ‘give and take’.”


It means: Saudis give. They give to the local Sunni “elites”. And then they take…

There has been no comment from Saudi authorities on the case. Several of my colleagues in Lebanon tried to extract at least some comment, some explanation, but found nobody who would be willing to speak at the Saudi embassy in Beirut.

The Saudi Royal Family has a truly ‘colorful’ history, from ancient to modern times. Let’s forget, for now, how they and their British allies and handlers, infested the entire region with the Wahhabi teaching.

Earlier this year, while his country was bombing and murdering thousands of innocent people in Yemen, another Saudi prince was arrested in Los Angeles for allegedly trying to force a woman to perform oral sex on him at a Beverly Hills mansion. A news agency Sputnik reported:

“Last month, another Saudi prince was arrested in Los Angeles accused of taking cocaine, sexually assaulting a maid, threatening to kill women who refused his sexual advances and having sex with his male aide.”

In 2013, a Saudi princess was accused in Los Angeles of enslaving a Kenyan woman as a housemaid, but the charges were also eventually dropped.

After all, the Saudi Royal family is one of the closest allies of the West. A Saudi prince can definitely count on a very different treatment than Julian Assange, when it comes to some sexual allegations.

While several Western mass media outlets commented abstractly that Captagon pills are mainly used in the Gulf and in Syria, local sources concretely confirmed that it is a drug of choice for so-called “Syrian rebels”, including the ISIS. The India Times ran a story with the title: “Saudi Prince Caught With 2 Tons Of ISIS’s Favorite Drugs In Lebanon”.

Not surprisingly, most European and US mainstream newspapers and television channels decided not to investigate any further, most of the latest reports date back to 2 November 2015. It was all getting “just too risqué”.

Perhaps the most colorful report went to print on October 28, written by Robert Fisk and published by The Independent:

“…The Lebanese who grabbed them must regret that their customs scanner ever picked up the cargo… The eloquent Lebanese Minister of the Interior Nouhad Machnouk has already denied knowledge of any details of the affair – a likely story – saying that it is “in the hands of the justice [ministry]… ”.


Fisk concludes in the most appropriately sarcastic manner:

“But let’s rely on Lebanese justice. Innocent until proved guilty. Lebanon’s large Sunni Muslim community loves Sunni Saudi Arabia. Indeed, two of its prime ministers (Hariri, father and son, both good men) have been Saudi as well as Lebanese citizens. All just one big mistake, surely. Wrongly labeled boxes. Or perhaps a fiendish conspiracy by Saudi’s Hezbollah enemies in Beirut to embarrass the most respected royal family in the Middle East.”


The diplomatic community in Lebanon is entertaining several theories, but all of them are presented on “off the record” bases. One is linking the arrest of Prince to a prominent Shia cleric Sheikh Nimr al-Nimr, who is facing a death sentence in Saudi Arabia, for political dissent.

As Press TV reported on October 28:

“On October 25, Mohammed said in a message on social media that the Saudi Supreme Court and an appellate court had approved the execution of Sheikh Nimr al-Nimr, and authorized the Saudi Interior Ministry to carry out the sentence previously handed down to the eminent cleric.”


Mohammed al-Nimr is a brother of Sheikh Nimr al-Nimr.

And pay attention to the dates!

Several influential Shia politicians in Lebanon, the theory says, are behind the arrest. The prince arrested in Beirut could be, hypothetically, swapped for the cleric Sheikh Nimr al-Nimr.

“It could have been destined for Iraq and the ISIS cells there, but most likely the Saudi Prince was bringing it for the Saudi allies in Yemen” I was told on the basis of anonymity. “Or both… Most likely: both.”

It was explained that those countless pills of captagon were produced and purchased in or around the town of Aarsal, in northern Lebanon on the Syrian border, an area controlled by ISIS, only around 15 kilometers from the major archeological site of Baalbek.

This still does not explain the origin or destination of the cocaine which was also found in possessions of the Saudi prince. But perhaps the cocaine was just a personal affair and booty of a member of Royal Family. That we may never find out.

Lebanon is a collapsed country, which, apart of narcotics, food and some construction materials, produces hardly anything. Most of the funds come from remittances, and drug trade. There is some blood money pouring in from “investments” in West Africa. Almost everything very ugly, if not out rightly horrifying! For some time now, Lebanon has no truly functional government. It recently experienced unrest over the meltdown of basic infrastructure, corruption and the horrid state of all basic services. It is an extreme capitalist country.

It is also an extremely divided country; divided along the religions lines, and social classes, recently inundated by more than 2 million, mainly Syrian, refugees. Syria is destabilized, totally ruined, by the Western imperialist policies. While Lebanon lacking ideology, plays with anyone who pays: be it the West, or all sorts of Christian sects, as well as Sunni and Shi’a Islam.

Saudi Arabia is playing an extremely important role here, economically and “ideologically”. It fuels the wars and conflicts, from Yemen to Syria and beyond. It pays blood money for secrecy and silence. It pays a lot. Therefore, the recent arrest of the Saudi prince is something absolutely unexpected and extraordinary.

Before this essay went to print, several deadly explosions devastated southern Shi’a suburb of Beirut, Burj al-Barajneh, one of the strongholds of Hezbollah on November 12. Dozens of people were killed and around 200 wounded. Most likely the ISIS or al-Nusra Front performed this carnage. Both terrorist groups are backed by Saudi Arabia and are fighting against the government of al-Assad in Syria and Hezbollah in Lebanon.

Further investigation will show to what extend are these two stories directly or indirectly related.

Andre Vltchek is a philosopher, novelist, filmmaker and investigative journalist. He covered wars and conflicts in dozens of countries. His latest books are: “Exposing Lies Of The Empire” and “Fighting Against Western Imperialism”.Discussion with Noam Chomsky: On Western Terrorism. Point of No Return is his critically acclaimed political novel. Oceania – a book on Western imperialism in the South Pacific. His provocative book about Indonesia: “Indonesia – The Archipelago of Fear”. Andre is making films for teleSUR and Press TV. After living for many years in Latin America and Oceania, Vltchek presently resides and works in East Asia and the Middle East. He can be reached through his website or his Twitter.