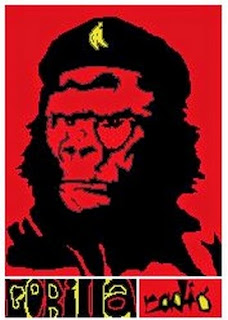 Despite the Minsk II treaty signed in February, fighting between all sides within the former Ukraine has continued. Last night, for the third consecutive night, that fighting escalated with heavy artillery targeting the strategic, and psychologically significant, airport at Donetsk among other targets in and around the city.

While Western media has focused on the capture of two Russian soldiers earlier this week, renewing NATO calls for a Russian withdrawal from the conflict, Kiev coup leader, Petro Poroshenko claims the capture is proof his regime's real enemy is Vladimir Putin, saying;

"Can I be absolutely clear with you this is not a fight with Russian-backed separatists, this is a real war with Russia."
Halyna Mokrushyna is a Canadian ex-pat Ukrainian whose articles during the past year about the war in eastern Ukraine can be found at: Counterpunch, Truthout, Truthdig, and New Cold War.org.
Listen. Hear.
Mokrushyna is a former vice-president of the Ottawa branch of the Ukrainian National Federation, and as well as freelancing for the now-defunct Ukrainian service of Radio Canada International, was a regular contributor to Ukrainian radio programming in Ottawa. She holds a Doctorate in Modern Languages from Ukraine, and a Master's degree in communication from Ottawa University, where she is currently working towards a PhD in Sociology. Halyna was in Donetsk as part of a media tour of the eastern part of the country this past April.
Halyna Mokrushyna in the first half.
And; last week hundreds came out in kayaks, row boats, sailboats, on surfboards, and almost anything else that would float as part of the #ShellNo protest of Shell Oil's plans to send a massive offshore drilling platform to the Arctic Ocean. The rig, Polar Pioneer is currently moored in Seattle, (where city council recently passed a motion disinviting its presence) preparing to make its way to the north.
Greenpeace is sending its ship, the Esperanza to Seattle, and on a tour of BC's inside passage to rally opposition to Arctic offshore drilling among First Nations communities along the way. But those communities don't need Greenpeace's encouragement; opposition to the expansion of oil industry shipping is already strong.
Ingmar Lee is a long-time environmental defender who has appeared on Gorilla Radio many times over the last dozen years or so. He currently lives alongside the iconic Great Bear Rainforest on BC's mid-coast, where he has started a campaign to shut down the little-known operations of the Nathan E. Stewart, a 10,000 ton capacity oil tanker plying the waters of the inside passage. His 10,000 Ton Tanker Facebook campaign is growing exponentially with the recent addition of drone footage of the mysterious tanker garnering tens of thousands of views, and climbing.
Ingmar Lee and watching the Nathan E. Stewart in the second half.
And; Victoria Street Newz publisher emeritus and CFUV Radio broadcaster, Janine Bandcroft will join us at the bottom of the hour to bring us news of some of what's happening on the streets of our city, and beyond there too in the coming week. But first, Halyna Mokrushyna and the World's potentially most dangerous conflict growing hotter in Ukraine.

Chris Cook hosts Gorilla Radio, airing live every Wednesday, 1-2pm Pacific Time. In Victoria at 101.9FM, and on the internet at: http://cfuv.uvic.ca, and now heard at Simon Fraser University's http://www.cjsf.ca . He also serves as a contributing editor to the web news site, http://www.pacificfreepress.com. Check out the GR blog at: http://gorillaradioblog.blogspot.ca/