Is Merkel a CIA Asset?
by Finian Cunningham - Sputnik 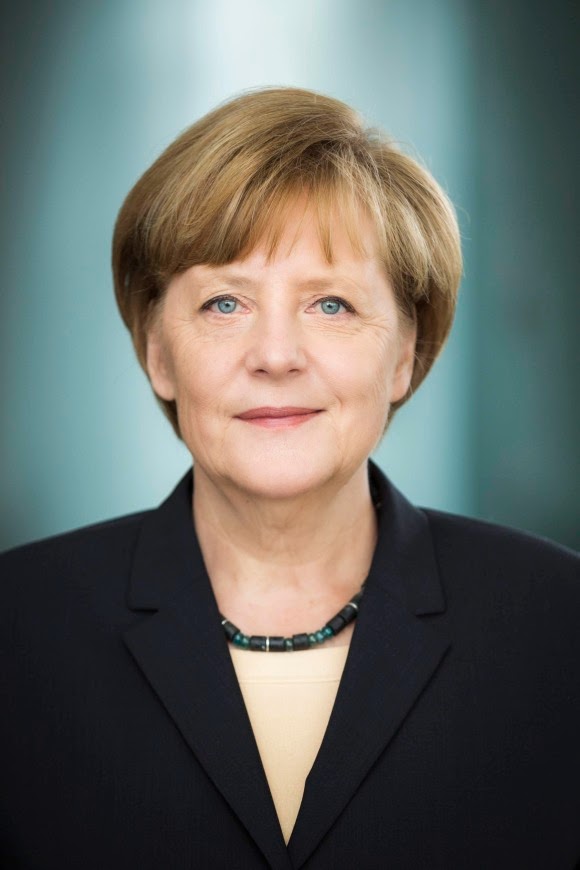 The claims that Merkel’s government knew about German state intelligence spying on behalf of the Americans against the country's own industrial interests raise disturbing questions about the integrity of German government leaders.

The apparent betrayal of German national interests by Chancellor Angela Merkel is not only evident over the recent industrial spying scandal on behalf of America. The slavish pursuit by Merkel of Washington's anti-Russian policy over Ukraine — in contradistinction to her country's national interests — also cogently suggests that the chancellor is serving a foreign master.

Recent reports that German state intelligence was spying on behalf of the Americans against the country's own industrial interests are bad enough. But then added to that are claims that the government of Chancellor Angela Merkel knew about the espionage — and turned a blind eye.


This raises disturbing questions about the integrity of German government leaders, and primarily Angela Merkel. Is Merkel an asset for American intelligence, serving the geopolitical interests of Washington rather than the good of her own nation, or the wider good of Europe?

The news story in question refers to reports in the German media last week of how Germany's Federal Intelligence (BND) collaborated with the US National Security Agency (NSA) in spying on multinational European defence companies, including EADS and Eurocopter. The specific eavesdropping on these firms — in which Germany has major national economic interests — reportedly dates back to 2008. It is inconceivable that the highest levels of German government, including Chancellor Merkel — did not know about the industrial espionage. Yet Merkel appears to have countenanced the illegal activity, even though such activity would have vitiated German national interests, affording advantage to American competitors.

First of all, the idea that German state intelligence is thoroughly penetrated by American secret agencies is not an outlandish theory.

Far from it. The functioning of the BND as part of the American intelligence apparatus has been going on for decades, since the US oversaw the postwar rehabilitation of defeated Nazi Germany. The Americans and the British wove German intelligence — much of it inherited from the Nazi war machine — into their European-wide operations. German historian Josef Foschepoth and expert on postwar allied intelligence operations says that the West German government signed a secret pact with Washington and London, in 1968, known as the NATO Status of Forces Agreement. That pact mandates "intensive collaboration" and continues to this day — more than two decades since the reunification of Germany.

In essence, the American secret services like the NSA and Central Intelligence Agency (CIA), have a free hand to carry out massive surveillance in Germany against whomever they want, whether private citizens or industrial companies. And all with the help of German state intelligence and the federal government.

EU Tries to Regain Moscow's Trust Despite US Displeasure


The tip of this iceberg in espionage and snooping was further revealed with the disclosures in 2013 by former American NSA operative Edward Snowden. Among the trove of revelations made by Snowden was the finding that American intelligence had been tapping the personal communications of German Chancellor Angela Merkel. The eavesdropping dated back to 2002 — three years before the leader of the Christian Democrat Union first became chancellor.

The telling thing is how puny and pusillanimous was the reaction from the German authorities to this disclosure of illicit spying by Washington. Apart from an initial bout of handwringing by Merkel and other Berlin figures, the whole scandal was quickly swept under the carpet as if it never happened. That suggests that the German government was already well aware of its compromised, subservient relation to Washington, as manifested by intrusive access to communications at the highest level.

As noted above such a master-servant relationship between the US and Germany was a fundamental tenet of the postwar American reconstitution of that country, and the predominant role devolved to NATO by Washington over European security affairs. The German government was apprised of, indeed was a willing party to, its subservient role to American intelligence and the free hand given to the latter. So, when the rest of the world learnt of American government spying on Merkel back in 2013 from the Edward Snowden's leaks, perhaps the least surprised person would have been Merkel and her administration. Hence the meek response from Berlin towards Washington and, to any objective observer, its shockingly invasive conduct against German "allies".

Further explosive testimony on the systematic penetration of American intelligence of German institutions came in recent months from former senior newspaper editor, Udo Ulfkotte. In several media interviews and in a best-selling book, Ulfkotte tells how German journalists and politicians are routinely recruited as CIA assets to spin stories or promulgate policies that are aimed at serving the geopolitical interests of Washington, not the interests of the German people. The former editor of Frankfurter Allgemeine Zeitung — one of Germany's best-known newspapers — confessed that he was one of the CIA's assets for many years, publishing stories that he knew to be false and which were damaging to international relations, and in particular antagonistic towards Russia.

Merkel Knew German Intelligence Was Spying on German Companies for US, But Did Nothing


In an interview with RT last year, Ulfkotte said:

"It is not right what I have done in the past, to manipulate people, to make propaganda against Russia, and it is not right what my colleagues do, and have done in the past, because they are bribed to betray the people not only in Germany, all over Europe… I am very fearful of a new war in Europe, and I don't like to have this situation again, because war is never coming from itself, there is always people who push for war, and this is not only politicians, it is journalists too."


There is no reason to believe that the same domineering relation does not hold between US secret government and other European counterparts.

But given Germany's central importance to the economy and policies of the European Union and its historical growing ties with Russia since the Second World War, Berlin would be a prime target for the Americans to exert leverage for their geopolitical advantage.

When we look at German policy towards Russia over the Ukraine conflict it seems absurd on the face of it. German small businesses, major export companies and farmers are losing heavily from the Western sanctions imposed on Russia and from Moscow's counter-sanctions. Polls also indicate German public opinion is not supportive of the hostile policies, policies that have emanated from Washington and which the European allies have adopted, largely at the behest of Berlin.

This week Chancellor Merkel warned that EU sanctions against Russia may be extended if Russia does not "fulfil the Minsk ceasefire accords".

Merkel's logic is risible. There is no evidence that Russia has subverted Ukraine or has a military presence there. It was Russian President Vladimir Putin who helped broker the Minsk ceasefire. All the evidence, including reports by the Organisation for Security and Cooperation in Europe, points to the truce being breached by the Western-backed Kiev regime. It is the Kiev regime that is not fulfilling its commitments under the Minsk accords, yet Merkel chooses, illogically, to castigate Russia.

Moreover, it is Washington that has sent hundreds of its troops into Ukraine in the past week to carry out military exercises with the armed forces of non-NATO member Ukraine. Why is Merkel so silent when it comes to censuring Washington and its puppet-regime in Kiev over what are egregious threats to peace? Her silence is incriminating.

Merkel's take on Ukraine and Russia is so completely at odds with reality and against the national interests of her own people, the question of just who is she serving comes to the fore. The recent industrial spying scandal on German companies carried out by the US — with German federal collusion — and the long-time surveillance of the chancellor's personal life points to Merkel being a compromised leader. Or, in a word: bought.