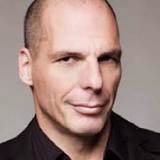 g of the International Monetary Fund (IMF) and World Bank in Washington focused on the Greek debt crisis, amid fears in financial circles of a Greek default or exit from the euro, and of rising working class opposition in Greece.
Greek Finance Minister Yanis Varoufakis

The “Troika” of the European Commission (EC), European Central Bank (ECB), and IMF are seeking to create the political conditions for Syriza to continue imposing austerity.

After the meeting, ECB president Mario Draghi called for resuming talks with Syriza to avoid a Greek default.
He said,


“The short-term danger of contagion is difficult to assess, but we have enough buffers in place. And even though they were designed for different circumstances, they are sufficient. But we are entering uncharted waters.”

His uncertain and pessimistic appraisal of the situation notwithstanding, Draghi praised Syriza and his informal talks with Greek Finance Minister Yanis Varoufakis in Washington. He said there had been progress in “formulating a well-functioning policy dialogue” in talks with Syriza.


Draghi was praising Syriza’s capitulation to the EU’s austerity agenda and its coordination with the EU to impose new attacks on the working class. As Syriza negotiates the next tranche of €7.2 billion in loans from Greece’s euro zone partners, the Troika is pressing Syriza to present detailed plans for labor market reforms and cuts to pensions.

Behind the scenes, collaboration is developing between Syriza and the EU to massively escalate attacks on the working class.

Dutch Finance Minister Jeroen Dijsselbloem, the president of the euro group who has distinguished himself by his aggressive threats against Greece, said:


“Let’s not go into a game of chicken to see who can stick it out longer. We have a joint interest to reach an agreement quickly.”

"We have been worried about previous payments they were to make and yet they managed it, so I don’t know when it becomes really dangerous. But I think it is in our joint interest to stay away from that point,” he added.
As Greece teeters on the edge of bankruptcy, Syriza and ruling circles internationally are preparing for a brutal confrontation with the working class.

Already on Thursday some 4,000 mine workers employed by Canadian-owned Eldorado Gold mine in northern Greece staged a demonstration in Athens protesting Syriza’s decision to revoke the company’s licence. Workers fear a shutdown of the mine and the loss of their jobs. The march was the first major labor protest since Syriza came to power. The miners waved banners reading “Yes to mines, yes to growth” and chanted slogans, forcing police to shut down major roads.


“The honeymoon is over. We’re done with the period when Greek public opinion would agree with everything that the government does,” said Nikos Marantzidis, a professor at the University of Macedonia.


Syriza is now preparing to take the explosive step of cutting off pensions as well as wages for Greek public-sector workers. After repaying almost €2 billion in loans to the IMF in March and April, it needs to pay the IMF €950 million euros by May 12 and plans to tap the Greek public sector’s remaining cash reserves for a total of €2 billion.

This is reportedly not enough for Athens to meet both its debts to the IMF and its wage and pension bill. According to Reuters, “Without a political agreement with the euro zone next week, Athens is likely to have to choose between making wages and pension payments to its people or reimbursing the IMF.”

Whatever the short-term outcome of the financial crisis—whether it be a Greek default or exit from the euro (“Grexit”)—Syriza and its EU partners are preparing for savage repression against the workers. They are discussing the imposition of de facto military dictatorship in Greece.

Syriza has made clear that it wants to strengthen the police and that the false, pseudo-left rhetoric on which it was elected will not prevent it from mounting police crackdowns. Last week, after Public Order Minister Yiannis Panousis issued a call for law and order, Syriza ordered police to smash an occupation of university buildings in Athens by a handful of anarchist protesters.

Yesterday, Financial Times columnist Wolfgang Münchau wrote a comment titled, “Greek default necessary but Grexit is not,” warning that he had “never seen European financial officials so much at a loss.” While advocating deeper social cuts, Münchau was deeply concerned about the implications of a Greek default or exit from the euro zone:


“Grexit would bring incalculable economic risk to the country itself, and would harm the EU’s geopolitical ambitions and its global reputation.”


“My understanding is that some euro zone officials are at least contemplating the possibility of a Greek default but without Grexit [Greek exit from the euro]. The complexity is severe, and they may not have had the time to work it out. But it may be the only way to avert utter disaster.”


He warned that a decision not to pay pensions and public-sector wages will be “politically suicidal for the Syriza-led government.”


“Both Grexit and the option of a default inside the euro zone would stretch the resources of even the most organised government. It would require military-style preparation: exchange controls, temporary closure of land borders and airports, overnight bank recapitalisation, and logistical planning to convey money from A to B on D-Day. Is the Greek government really so smart it can just wait until the fateful moment arrives, and then manage this whole process in real time with no script?”


In fact, Syriza has been preparing for scenarios of Greek default or Grexit since Tsipras began touring international capitals and financial centres two years ago, as he was groomed to be an acceptable Greek prime minister to Washington and the EU.

Discussions of such a scenario appeared in the right-wing Greek daily Kathemerini, which said that if Athens decided to default or exit the euro, it would seek to do so over a weekend, when global stock markets were closed. It wrote that Greece would “deploy its military as soon as early morning Saturday and close its borders, preparing to stamp euros as drachma as an interim solution once a public announcement has been made.”

Outgoing Greek Finance Minister Filippos Sachinidis said he doubted whether, under these conditions, “we will be able to continue functioning as a modern democracy.”

Asked about such events by Time magazine, Tsipras replied:


“We have a plan. There is a team of economists who lay out the plans, update and communicate them … I would not like to talk about them.”


That is, while the bourgeois media and political circles were aware of the plans, Syriza’s voters and workers in Greece and internationally were to be kept in the dark.

The comments now circulating in the financial press are a warning to the working class. Those who doubt that a pseudo-left party such as Syriza is capable of brutal repression against the working class are deluding themselves.