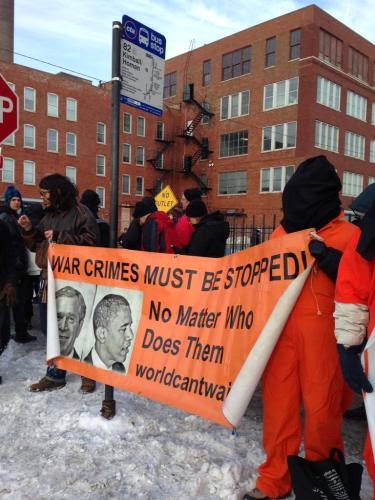 Chicago, IL — As the nation continues to react to the newly discovered ‘black site’ operated by Chicago Police, the mainstream media continues to bury it’s head in the sand.

National media outlets like Fox, MSNBC, and CNN are unsurprisingly refusing to touch this story, driving even further suspicion that the corporate media has become nothing more than a mouthpiece for big government and corporate America.

As we reported earlier this week, local corporate media was literally running stories about Homan Square that were direct copies from CPD’s public relations statements.

According to interviews conducted by The Atlantic, local mainstream reporters often agree with these disappear and torture tactics, so they refuse to do their jobs at uncovering what is going on there;

“I think that many crime reporters in Chicago have political views that are right in line with the police,” Tracy Siska said.

“They tend to agree about the tactics needed by the police. They tend to have by one extent or the other the same racist views of the police — a lot of urban police (not all of them by any stretch, but a lot of them) embody racism.”


Meanwhile, a campaign we launched to shed light on Homan Square, #Gitmo2Chicago, trended nationwide last night on Twitter and today on Facebook — showing that the public at large is generally disgusted by these CIA-style tactics.

So while the corporate media posts 3 million stories about the color of a dress, the country is questioning the police state in a big way.

As I write this, a large protest is taking place in Chicago at Homan Square to shut it down, with more protests being planned across the country in the coming weeks.

But keep in mind, the Revolution will not be televised on Cable TV, but it will be on the internet. Watch live video from the protests here.


This article is free and open source. You have permission to republish this article under a Creative Commons license with attribution to the author and TheAntiMedia.org. Tune-in to The Anti-Media radio show Monday-Friday @ 11pm EST, 8pm PST.