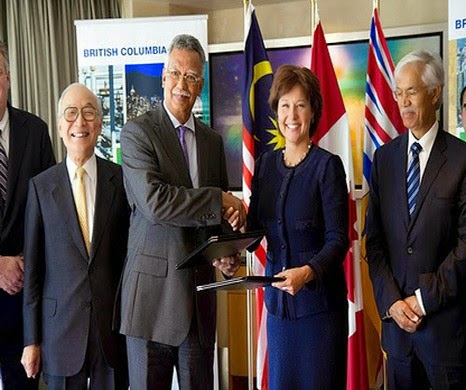 Welcome to Ruritania! Where is Peter Sellers when we need him?

We now have a legislature pretending to act like big kids do, leaders acting as if they really are in charge, a government out of control, and an opposition dedicated more to supporting the government than to raising issues.

The Throne Speech was really quite funny when you think of it.


The more LNG companies withdraw their undertaking, the more money we make. The fewer the LNG plants developed, the more jobs we’ll have. The worse our environmental record is in fracking for LNG, the less it matters.

If we go on having companies withdraw from LNG in BC, God knows how much money we’ll all make and how rich we’ll all become!

Thanks to Christy Clark, Alice in Wonderland has become not a fairy tale, but a documentary!

LNG looked bad from the beginning

In looking back at the history of LNG in BC, one is reminded Casey Stengel, managing “them amazing Mets”, in 1962, when he asked “can’t anyone here play this game?”

From the outset, Common Sense Canadian publisher Damien Gillis and I have raised questions about the viability of an LNG economy, given the global situation. Our concerns arose because we did simple research, largely using government and industry publications. We also were much helped by our resident economist, Erik Andersen.

It was abundantly apparent that there would be a glut of natural gas on the world market, that the United States, long so dependent upon the Middle East, was going to be self-sufficient and competing with us on exports, and that the cost of getting our LNG to China was – surprise, surprise – much higher than shipping gas from China to China.

We weren’t rocket scientists, just ordinary people like you who had learned early on how to read.

It didn’t take a crystal ball…


Our predictions steadily came true and if anything more quickly than we thought. Each time one came true, Christy Clark, and her poodle, Rich Coleman, had even more money rolling in to British Columbia. As time went on, and more companies withdrew their support, Christy Clark’s view of things got even rosier.

This ridiculous situation continued until the present day and I shudder in excitement thinking of all the money we’ll make when the last LNG company abandons us.

The Opposition that refuses to oppose


This article today, is not really about Christy Clark. It’s about leadership in general.

There is no nice way to say it – John Horgan, the NDP leader, has done an appalling job. Given the Christy Clark/Coleman saga, any decent opposition would have a field day.

It’s indeed ancient times but in my day the leaders were Dave Barrett and Bill Bennett, as unalike as chalk and cheese, yet each, in his way, hugely effective. Barrett was the master of the instant put down. On the government side, you were constantly on the defensive and, as I quickly learned, woe betide anyone who heckled him.

Bennett, always better informed, though no orator, was a plodder with the ability to come up with a killing comeback instantly.

They heartily disliked each other and for those who know them well, it is so sad to see them both in an advanced stage of Alzheimers. Two great guys, two great leaders.

The point is that both sides of the legislature and those that supported them outside knew they had a leader. That may not sound like much but it is hugely important, especially for the opposition. The government, without an opposition ready to take over, is able to coast. For an opposition to be effective it must be a government in waiting, with policies ready to implement. That requires leadership that is both ready to lead and appears to be.

The NDP response to the Throne Speech, where the premier assured us again of the riches to come from vanishing LNG producers, was that the government talked too much about LNG and should move on to other subjects. This particularly came from Mike Farnworth, who ought to know better and that the point was that Clark has nothing else to talk about except failure.


Think about it for a second. Apart from the phoney LNG business, Clark has no policy whatsoever. They have nothing whatever concrete to offer in terms of the economy and, of course, are bankrupt on such matters as the environment. There is, therefore, a huge political vacuum.

It’s not brain surgery to realize that this is the spot the NDP step in. The first thing they do is to kill what remains of the LNG enthusiasm falsely raised by the Liberals. It’s sheer idiocy for them to proceed into the next election, just over two years away, allowing the Liberals to sail on promising another Umpty-dump billion dollars for LNG projects.


Before moving on, one must observe that the NDP also has a huge obligation to expose the environmental concerns surrounding LNG – I dare say the majority of people in British Columbia have those concerns and in some areas, Squamish particularly, it is a very real impending threat. Their doughty city Council in has had no encouragement whatsoever from the Opposition to plans that would materially and adversely alter the lifestyle of that lovely town and the surrounding area.

In order for the NDP to complete its apparent suicide commitment, it should stop shilly-shallying and just support the Liberals’ LNG policy, being that these foreign companies may do as they please as they are used to doing; cheat on their taxes and utterly ignore environmental concerns as just an avoidable nuisance.

Both parties either underestimate the public’s feeling about the environment or don’t give a damn.


I’ve watched that feeling develop over a good many years. Much of what people generally feel now was espoused by the NDP 40 years ago – their problem being that then their opposition was more whining than practical. Moreover, it is always very difficult to be ahead of public opinion.

The public has dramatically changed. Even when I was in government it would be unthinkable to try to stop an interprovincial pipeline, let alone two of them. Alberta was looked upon as a pal to be envied.

But, in 25 years, the world has dramatically changed, as we all know. The question of fossil fuels has become first a very serious scientific one and then, logically, a political one. Global warming is for real and the vast majority of the public knows that – the exception being some politicians.

We’ve reached the position, then, where the public is far, far ahead of its political masters who would have us believe that the environmentalist is against all development and wants to crawl into a cave, chew on the leg of a sabre-toothed tiger and spend the rest of his life drawing pictures on walls.

I consider myself an environmentalist. So does Damien and a great many other people I know, who not that long ago wouldn’t have considered supporting the NDP and wouldn’t today if it weren’t for the Clark/Coleman Neanderthals.


The growing concern, which has enveloped all of us, is for the air we breathe, the water we drink, and the surroundings in which we live. We’re convinced that making a living and enjoying a living are compatible ambitions. Of course it requires some sacrifice – anything of importance does.

What environmentalists have done, however, is to annoy the hell out of the establishment because we no longer believe a word it says. This isn’t cynicism – it’s bitter experience. One only has to look at the Woodfibre LNG’s Indonesian owner and their tax-cheating overseas, to say nothing of their wanton environmental destruction, to realize that when they tell us that they will be good corporate citizens, care for our environment and pay their taxes that they’re lying through their teeth.

The trust just isn’t there


This is a huge societal dichotomy, no doubt about that. There was a time when most of us looked at the captains of industry and political leaders and thought that that deep down they really cared about the people and the environment in which we live.

Experience has taught us that this is a load of crap. We’ve learned about hugely expensive internal and external public relations exercises devoted simply to deceiving the public.

Naively, we expected our politicians to reflect our feelings but have learned that they reflect only the interests of the establishment. As it always has, money talks.

Out of all of this comes a sense of keen frustration.

I no longer have the faintest hope that the Liberals will do anything but reflect those who invest money in them.

Where does that leave us?


I had hoped that John Horgan would be able to offer the kind of leadership the public could listen to and perhaps follow. Unfortunately this has not proved to be the case.

I’ve expressed hopes for the Green Party, however I am realistic enough to know that they won’t be forming a government in the near future.

It’s obvious that choices are severely limited and that if the Throne Speech proves nothing else, it’s that the government is bankrupt, lacking a semblance of moral compass, and the opposition are useless.

If the Green Party has nothing else going for it, at least the alternatives are far worse.