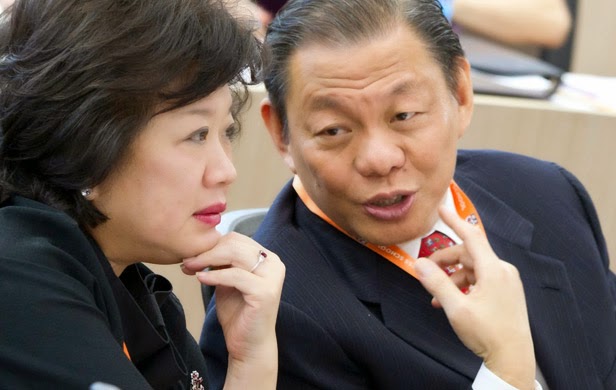 Permit me to make some observations about the LNG situation in Squamish. What the people of Howe Sound do is their affair. I can only give them the benefit, if any, of my experience over the years.

We are not dealing here with honest people – it is not hyperbolic to call them crooks.
The powers behind Woodfibre LNG have been convicted of large tax evasion and substantial environmental degradation.

Sukanto Tanoto, his family and associates have been consorts of the worst sort of financial manipulators in Indonesia – right up to the former President Suharto.


This from The Guardian:

…one of the world’s largest palm oil companies, owned by Sukanto Tanoto, was fined US$205m after being shown to have evaded taxes by using shell companies in the [British Virgin Islands] and elsewhere. The company has agreed to pay the fines.

Documents arising from the case show that Tanoto’s company, Asian Agri, systematically produced fake invoices and fake hedging contracts to evade more than $100m of taxes.
According to evidence contained in more than 8,000 papers, the company, which employs 25,000 people in 14 subsidiaries and owns 165,000 hectares of plantations, was engaged in “routine and systematic fraudulent accounting and book-keeping practices” using British jurisdictions.
Premier Clark and her poodle, Rich Coleman, expect this outfit to pay the piddling taxes imposed by the government on LNG plants.


The fix is in


I am by no means the only person to notice that the permit request by Fortis BC to upgrade its pipelines in order to feed the proposed Woodfibre plant precedes permission to build the plant. That’s because the “fix is in”.

From childhood we’re taught to respect the law and the “policemen” who enforce it. It rubs against the grain to think of breaking even a minor law.

The place we, the public, look for protection is environmental assessment laws. So let’s look at The National Energy Board, in the news much recently, and see how they look after us.

In effect, this so-called public hearing process has become a farce, and this Board a truly industry captured regulator.

In addition to gutting the oral-cross examination feature of a public hearing process that supports proper questioning and an adequate level of due diligence, there are other Board decisions that have been made over the course of this hearing that reflect a pre-determined outcome.
The evidence on the record shows that decisions made by the Board at this hearing are dismissive of Intervenors. They reflect a lack of respect for hearing participants, a deep erosion of the standards and practices of natural justice that previous Boards have respected, and an undemocratic restriction of participation by citizens, communities, professionals and First Nations either by rejecting them outright or failing to provide adequate funding to facilitate meaningful participation. (Emphasis added)
He closed his letter resigning as an intervenor thusly:

The National Energy Board is not fulfilling its obligation to review the Trans Mountain Expansion Project objectively. Accordingly it is not only British Columbians, but all Canadians that cannot look to the Board’s conclusions as relevant as to whether or not this project deserves a social license. Continued involvement in the process endorses this sham and is not in the public interest. (Emphasis added)


(Along with the presidency of BC Hydro, Eliesen sat on the board of Suncor Energy and was former CEO of the Manitoba Energy Authority and Ontario Hydro. In total, he has worked for seven governments and nine ministers of the crown.)


What about expecting justice on the political front?

John Weston, the local Conservative MP, was not in attendance at Tuesday’s council meeting to discuss the controversial permit application from Fortis BC, which involves test drilling in a wildlife management area for its its planned pipeline expansion. He had no reason to be absent – the Commons is not in session and, besides, as with all government backbenchers, he doesn’t do anything anyway. Surely he should’ve at least troubled himself to be there to report back to the government on the feelings of the people present, his constituents.

I understand that neither of the Liberal MLAs were there either. Same criticism as Weston. They have nothing else to do of any use but to report back to the government what they see and hear.

Did I go to unpleasant meetings such as this when I was in cabinet?

You bet your life I did. If I hadn’t, Premier Bill Bennett would have quite rightly tossed me out on my ass. Perhaps standards were different then but I can tell you about meetings I was at that would curl your hair!

Not only has there been no canvassing of public opinion by the provincial government, they have fallen all over themselves to support the project and in fact staked a phoney claim to the 2013 election based on $100 billion coming from LNG.

I could go on but suffice it to say that not only has the public not been consulted, there is no fair process by which it can be consulted unless it’s through local Councils. In every case in the Howe Sound area, the Councils have rejected the notion of an LNG plant in Squamish and concomitant tanker traffic. However, these Council decisions evidently don’t count with either the provincial or the federal governments.


Civil disobedience on the horizon


My own personal opinion is that nothing will be accomplished except by civil disobedience. I have held that opinion for a long time and it is certainly not because I am a violent person. My whole political life has been fighting elections not policemen.

The fact remains, however, that times come when the citizen has no other option. When all of the cards are stacked, when the hearings are fixed, when politicians are in bed with the powerful, when all the laws favour one side of a dispute, then what choice do people have?

The people of Burnaby did a fantastic job fighting Kinder Morgan. That battle is far from over, thanks to the courage of the citizens of the area. The entire country saw the weak take on the strong and at least hold their own.

I must be careful here – I am not physically able to do that which I preach. I’m sorry about that. I will, however, continue to say my piece and I presume that if I continue to press for civil disobedience I’ll be in contempt of something sufficient to be in trouble with the authorities.
Check out this preview of a forthcoming documentary on the Woodfibre LNG battle – by Squamish filmmaker Les McDonald
<iframe width="460" height="310" src="//www.youtube.com/embed/ujbZfLIvywc?feature=player_embedded" frameborder="0" allowfullscreen></iframe>