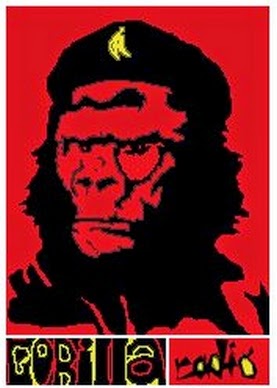 It may be easier, even strangely reassuring, to think of ISIS, aka ISIL, or "Islamic State" as it prefers to be called, as just another in the long string of terrorist entities to have popped up over the last twenty years or so; but that would be a serious "misunderestimation" of what is currently going on in the former Iraq, Syria, and the Levant.

Or so economist, syndicated journalist, and best-selling author Loretta Napoleoni warns. Napoleoni knows her terror, having first written in her book, 'Terror Incorporated: Tracing the Dollars Behind the Terror Networks' about the financial infrastructure underpinning 20th Century social radical movements in Europe and the Middle East.

She followed Terror Incorporated with: 'Insurgent Iraq: Al-Zarqawi and the New Generation,' 'ROGUE ECONOMICS Capitalism’s New Reality,' 'TERRORISM AND THE ECONOMY: How the War on Terror is Bankrupting the World,' '10 YEARS THAT SHOOK THE WORLD: A Timeline of Events from 2001, 'MAONOMICS: Why Chinese Communists Make Better Capitalists Than We Do,' and her latest, 'The Islamist Phoenix: Islamic State and the Redrawing of the Middle East.'
Listen. Hear.
Loretta Napoleoni in the first half.

And; tucked away on the edges of Saanich, above the hum of the Pat Bay Highway, is Haliburton Farm. The nine and a half acre organic community farm, sitting in the middle of a regular suburban neighbourhood has attracted attention from urban farmers the world over. Peter Liddell is one of the community volunteers sitting on Haliburton's board of directors, and he took me for a turn around the farm last week.

Peter Liddell and a unique farming model pioneered here in Saanich in the second half.

And; Victoria Street Newz publisher emeritus and CFUV Radio broadcaster, Janine Bandcroft will join us at the bottom of the hour to bring us up to speed with some of what's good to do in and around our city in the coming week, and beyond there too. But first, Loretta Napoleoni and an Islamic Phoenix rising in the Middle East.