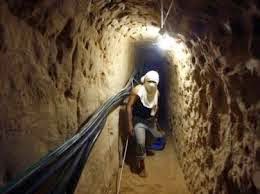 Another day of wanton destruction. Over a hundred Palestinian civilians killed in the past 24 hours. Stories of revenge attacks are coming to light, of Israeli snipers killing civilians as they were searching for buried or dead family members.

Their commanders told the snipers that killing the civilians searching for their dead was a form of therapy, to help them recover from the loss of their IDF comrades.

The loss of their comrades. Over 1,100 Palestinians killed, overwhelmingly women, children and the elderly. Several dozen Israelis killed, almost all of them soldiers. Killed by people coming out of tunnels. Tunnels that the soldiers are bombing and blowing up.

Back in Eretz Israel a small antiwar protest is physically attacked by a much larger, violent mob of rightwing extremists.
We can't call them fascists, they're Jews. Jews can't be fascists, can they? Even when they chant, “kill the Arabs” and “gas the Arabs,” as they're beating up leftists, pacifists and random Palestinian passersby? They're not actually gassing the Arabs. They're just talking about it. Well, aside from using deadly chemical weapons like white phosphorus on civilians hiding in UN compounds.

In my mind I keep coming back to the tunnels.
Tunnels are such a powerful image, with so much history. The Vietnamese won the war against the US invaders partially through the widespread use of tunnels. Of course Kissinger would complain incessantly of Soviet aid to the Vietnamese guerrillas being the problem. That sounds much better than admitting that you're facing a very poorly-armed enemy that's beating you through sheer determination, ingenuity and courage, despite all your weapons of mass destruction.

The public line was the Vietminh was a small part of the population that needed to be dealt with. That if they could just destroy their infrastructure, the invaders would win. Secretly the American leadership knew this wasn't true. They knew their enemy was the people of Vietnam, and they prosecuted their war with this in mind, targeting broadly all of the civilians of that poor country, and their neighbors as well.

But destroy the infrastructure – they did that, too. And what was that infrastructure? Planes, helicopters, tanks? No. Rocket launchers? A few. Antiquated rifles? A few more.

Tunnels. Mostly tunnels. And courageous, desperate refugees. Refugees living in a walled-off ghetto, subject to an almost complete embargo, with no electricity, overflowing sewers, very little food, who are being incessantly bombed.

When facing a determined opponent, “infrastructure” or the “infrastructure of terror” has a very different meaning than how the term is usually understood.

The thing about fighting a determined enemy in an urban setting is you can only make the best use of your superior firepower if there aren't any buildings in the way. People can hide behind buildings. So you have to destroy them all, which is what the Israelis are doing. Which is what the US did in Fallujah, and in Hue, and is what the Nazis did in Warsaw.

I'm no military expert or anything, but I am a history buff, and I believe the main difference between Fallujah, Hue and the Warsaw Ghetto is in Fallujah the resistance didn't build tunnels prior to the battle. In all those cases, though, the only way to win the battle was to completely demolish the cities, one building at a time.

In Warsaw, after the buildings were all burned to the ground and the ghetto was nothing but rubble, the resistance continued, albeit on a small scale due in part to a complete lack of food or firearms. The reason any resistance was able to continue was down to the tunnels.

Tunnels are a bit like buildings that way. You can hide behind a building, and if you're really lucky, you can ambush soldiers when they come around the corner. If you're really, really lucky as well as very skillful, you might get close enough for hand-to-hand combat. Which is necessary when the other side has all the firepower.

You can also hide in tunnels, before you come out and engage in your mission to attack the enemy before the enemy inevitably kills you in return. It's almost always a suicide mission. You show yourself, you die, but maybe you kill first, if you're ready to die, and very lucky and very skilled.

In Warsaw, the tunnels were how some of the ancestors of some of those IDF soldiers survived the Nazi Holocaust. The tunnels were how they managed to get some food into the ghetto from outside the ghetto walls. And even a few guns, and very home-made bombs. Beneath any well-stocked kitchen sink are the explosives necessary to have your own little “infrastructure of terror,” after all. Even in Warsaw, 1943. If you went outside the ghetto, where such chemicals could be purchased.

So, destroy the buildings, destroy the tunnels, and face the conundrum that as long as people are able to buy food, fertilizer, gasoline, and Draino, they'll be able to make explosives. As long as there are people there will be terrorists.

So “gas the Arabs” becomes the natural conclusion. It's the only way to have security. If you don't want to give them sovereignty, you have to kill them all. How close to “kill them all” are the Israelis willing to go?

Around the world people watched and sometimes protested as the Nazis destroyed the Warsaw Ghetto, as the US military destroyed Hue and later Fallujah, and so many other cities and towns across the world, directly or through their proxy dictatorship armies in Guatemala, El Salvador, Indonesia. And their proxy pseudo-democracy in Israel. We knew, and we know, what's happening. It's not that we don't know, or didn't know before.

People watched and protested, just as we do now. In Spain in 1937, tens of thousands of people from around the world went to fight alongside the besieged Spanish democracy, and died there alongside the Spaniards. But that's the exception, not the rule. And when that sort of thing happens today we don't say nice things about them. “Mujahideen” had a nice ring to it in the US media when the enemy in Afghanistan was the USSR. Now they're “foreign fighters” or “jihadis,” both of which are automatically supposed to inspire revulsion.

And sure, there was a handful of brave foreign fighters willing to die in the fight against the American military in Fallujah. There were a few non-Jews fighting alongside the ZOB in the Warsaw Ghetto. Were they foreign fighters? Anti-fascist jihadis? There were no foreign fighters in Vietnam. Ho Chi Minh said he appreciated the offer, but he turned them down, on the grounds that housing them would be too expensive, and they'd stick out if they didn't look Vietnamese enough. This mattered, because the Vietnamese had only the element of surprise in their favor, just about nothing else.

For the most part, with some fairly minor exceptions, all the resistance fighters in Warsaw and Hue had to comfort them as they died was the support of their people. And the tunnels.