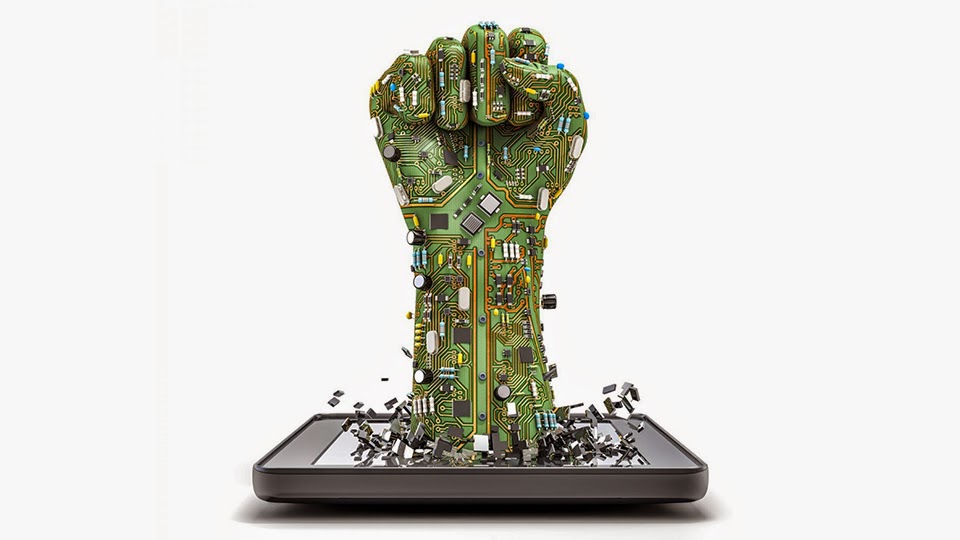 In Part 1 of the WoR Report, I examined Zbigniew Brzezinski’s warnings to elites around the world of the “global political awakening” of humanity.

In Part 2, I looked at the relationship between inequality and social instability, and in Part 3 I examined the World Economic Forum’s warnings of growing inequality and the “lost generation” of youth who pose the greatest threat to oligarchic interests around the world.

In this fourth installment in the series, we turn to reports from top banks and financial institutions warning about the growing threats to their interests posed by an increasingly disenfranchised and impoverished population – manifested in protests, strikes and social unrest.
* This article was originally posted at Occupy.com.   Read Part 1 here: Part 2 here

In November of 2011, Bob Diamond, the CEO of one of the world’s largest banks, Barclays, stated in a speech: “We’ve seen violent protests in Greece, public sector strikes across Europe, [and] anti-capitalist demonstrations that started on Wall Street have spread to other places around the world.” Diamond added: “Young people have been especially hit hard by high levels of unemployment. The threat of further social unrest remains if we don’t work together to generate stronger economic growth and more jobs.”

A March 2013 report by senior economic adviser George Magnus of UBS Investment Research, entitled “Social Unrest and Economic Stress: Europe’s Angst, and China’s Fear,” noted that “the wave of social unrest that rumbled across Europe between 2008 and 2011 has become less intense… [and] has come as a cause for relief in financial markets.” Yet, he wrote, the occasional upsurge in large-scale national and European-wide anti-austerity protests and strikes “signifies the deep malaise in the complex and fragile trust relationship between European citizens and their governments and institutions.” Since 2010, approximately 13 out of 19 E.U. governments had been voted out of office or had collapsed, indicating that “public anger… is far from dormant, and its expression is mostly unpredictable.”

Social unrest, added the UBS report, “is a systemic phenomenon” that is “highly uncertain, complex and ambiguous,” and which can lead “to the toppling of governments, or even political systems.” Social unrest across the E.U. “has been notable more for the public expression of lack of trust in the institutions of government, including in Brussels,” the headquarters of the European Union.

This “lull” in social unrest, warned Magnus, “is most likely deceptive.” The present problem in Europe “is the same” as the main problems in Europe of the 1930s – when mass poverty, unemployment and social unrest led to the rise of fascism. The underlying problem in both eras was “the inadequacy of mainstream, political channels to address rising public concern about the loss of economic security, social stability and, yes, cultural identity.”

Citing an OECD study, the bank report noted that “austerity has gone hand-in-hand with a variety of forms of social and political instability, and politically-motivated violence.” There have been “heightened levels of social unrest and shocks to the political system in Greece, Spain, Portugal and Italy… sometimes requiring the force of the state to suppress it.” These are especially important matters for banks to pay attention to, since the European debt crisis was caused primarily by the big banks – and the austerity and “structural reform” policies (along with the bailouts that accompanied them) were designed for the benefit of those banks as well. Thus, resistance to austerity and “reform” is, in effect, resistance to the bailouts for the big banks.

In May of 2013, JPMorgan Chase released a report, “The Euro Area Adjustment: About Halfway There,” which assessed “progress” in the European Union on the issue of austerity and structural reform. The “adjustment” of European society, claimed the report, was “about halfway done on average,” noting that the process would continue for much of the rest of the decade although it faced major challenges, including the development of “new institutions” in the E.U. and what the bank called “national legacy problems.” This vague term referred to “the constitutions and political settlements in the southern periphery [of the E.U.], put in place in the aftermath of the fall of fascism, [which] have a number of features which appear to be unsuited to further integration in the region.”

Just what does this mean? The bank explained that “fiscal austerity” was likely to be a major feature in the E.U. “for a very extended period.” However, if the European Monetary Union is to survive the coming decade, “deep seated political problems in the periphery… need to change.” But what precisely are these “deep seated problems”? The bank elaborated that many of the southern periphery states’ constitutions “tend to show a strong socialist influence,” referring to the fact that many constitutions guaranteed various social rights for populations, including labor, health care and educational and civil rights.

Further, the bank reported that many of these nations suffer from the following features: “Weak executives; weak central states relative to regions; constitutional protection of labor rights; consensus building systems… and the right to protest if unwelcome changes are made to the political status quo.” The translation: democracy itself is the problem. As such, JPMorgan noted, “the process of political reform has barely begun.” In other words, out with democracy and in with financial and corporate oligarchy.

The bank’s report also noted that there were a number of potential threats as the process of “political reform” advanced, including “the collapse of several reform minded governments in the European south,” a “collapse in support for the Euro or the E.U.,” the possibility of “an outright electoral victory for radical anti-European parties,” or perhaps even “the effective ungovernability of some Member States once social costs (particularly unemployment) pass a particular level.” JPMorgan Chase warned that while there wasn’t a current situation of “ungovernability” in E.U. states, the longer-term prospects were “hard to predict, and a more pronounced backlash to the current approach to crisis management cannot be excluded.”

AXA, one of the world’s largest financial institutions and insurance companies, published a report in July of 2013 written by Manolis Davradakis, entitled “Emerging Unrest: Looking for a Pattern,” which expressed particular concerns and perspectives on the issue of social unrest. The report noted that emerging market economies “are currently experiencing a surge in political risk due to social unrest that is being fueled by reasons that differ from those that resulted in the Arab Spring.”

The “main cause” of unrest in emerging market nations was “the rise of the middle class,” as this portion of the population “realize that they continue to experience the same everyday problems as poorer population strata, namely a high crime rate, poor public services, and corruption.” The report cited examples of social unrest in Turkey and Brazil, warning that these countries could see their credit ratings cut if the social upheaval is “lasting.”

The AXA report referred to the multiple episodes of unrest across emerging market nations in the summer of 2013 as “riots,” stating that they had several points in common, namely that “they were sparked by a government decision affecting daily life” and that the protesters were “not affiliated with political parties or movements” but instead were “well educated members of the middle class.” These factors were reminiscent of the massive unrest that took place in the advanced economies during the 19th century when emerging middle classes were struggling “for better living standards and more representation in political governance.”

Beyond a certain point, warned AXA, “repressing mass demands for a more open society becomes costly and economically ineffective.” A government’s inability or lack of will “to acknowledge the people’s right to freedom of expression and a voice in decision-making is a source of social unrest.”

AXA devised a Poor Governance Index (PGI), analyzing seven key indicators that could lead to social unrest, and concluded that the potential for instability in the BRIC nations – Brazil, Russia, India and China – was quite high. It also cited increased potential for unrest in Egypt, Ukraine, Indonesia, South Africa, Tunisia and Turkey, warning that such unrest “may have implications for emerging market [credit] ratings.” It noted that several credit ratings agencies had already warned about the effects that “prolonged social unrest” could have on the ratings for Turkey and Brazil.

Going further, in July of 2013, Stephen D. King, chief economist of HSBC bank, warned that growing wealth gaps and increasing divisions between generations could result in youth uprisings similar to the Peasants Revolt of the Middle Ages. King commented: “I am intrigued at the moment that the youth are quite peaceful, and I wonder whether that might change. It is very difficult to predict but youth movements might become more focused on their own rights rather than the economy.”

In October of 2013, King wrote an op-ed for the New York Times in which he warned that as bad as things already were, “they are going to get much worse, for the United States and other advanced economies, in the years ahead,” writing that both sides of the North Atlantic region had “already succumbed to a Japan-style ‘lost decade’” in which “promises can no longer be met, mistrust spreads and markets malfunction.” King wrote that “facing the pain will not be easy,” especially as policy makers continue to “opt for the illusion” and “pray for a strong recovery… because the reality is too bleak to bear.”

The “bleak” reality is that these and other big banks and financial institutions have repeatedly collapsed the global economy and profited along the way, punishing entire societies and populations into poverty through a process of plundering and exploitation as governments feared the wrath of “financial markets.” The banks that are now bigger, more dangerous and more powerful than ever fear the growing discontent, unrest and resistance of populations – especially the youth. The world’s major financial institutions fear that the global economic system which they helped to create, and over which they rule, will ultimately come back to haunt them in the form of mass social unrest, potentially undermining their power and the system as a whole.