In December, 2019 Huawei executive Meng Wanzhou was intercepted at Vancouver’s International Airport and ultimately arrested by the RCMP. It soon became apparent Meng was taken at the behest of the United States who hoped to use her incarceration as a “bargaining chip” in negotiations with the Chinese telecommunications giant. This mainly because more than merely a top-tier executive, Meng Wanzhou is also the daughter of Huawei founder, Ren Zhengfei. Today, two and a half years after her arrest, Meng Wanzhou is still a political captive who, like Julian Assange in Great Britain, awaits extradition orders to the United States.

Ken Stone is a long-time antiwar activist, serving as an executive member of both the Syria Solidarity Movement and Hamilton Coalition to Stop the War. Ken and the Hamilton Coalition have joined forces with online investigative journalism site, The Canada Files and rank and file Canadians upset with the country’s legal tradition being so rudely sullied in this case to pursue a Cross-Canada FREE MENG WANZHOU campaign. Last week, the webinar, “New developments in the Meng case” again addressed this ongoing sore point.

And; last week Environment NGO’s SkeenaWild and the BC Mining Law Reform Network released a study of mining practices in British Columbia. ‘Dirty Dozen 2021: B.C.’s Top Polluting and Risky Mines calls for reforms and better enforcement of scofflaw companies whose current practices threaten both community cohesion and the natural environment.
Nikki Skuce is Director of the Smithers-based Northern Confluence Initiative, (in Wet’suwet’en territory). She also works on salmon conservation and land-use decisions, and is the co-chair of the BC Mining Law Reform network.

Nikki Skuce and airing the dirt on B.C. mining in the second half.

But first, Ken Stone and new developments in the festering Meng Wanzhou case.

May 11, 2021
One of the very earliest scientific papers from the COVID-19 pandemic era now has over 11,000 citations. Appearing in the scientific journal Nature on February 3rd 2020, Zhou et al., 2020 reported the genome sequence of a novel coronavirus isolated from patients with atypical pneumonia in Wuhan, China. Its senior author was leading coronavirus researcher Zheng-li Shi of the Wuhan Institute of Virology (the WIV). 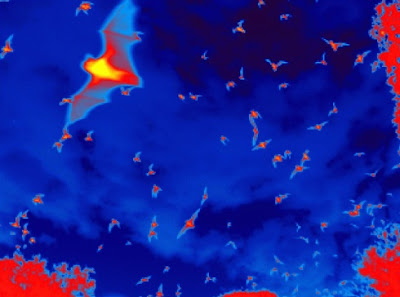 Along with what we now call SARS-CoV-2, her paper also reported the genome sequence of a closely related (96.2% identical) bat virus. The authors called this virus RaTG13. To this day RaTG13 is still the closest known viral genome by far to SARS-CoV-2.

RaTG13 came from the freezers of the WIV

Welcome back to Gorilla Radio’s Home Edition, recorded on the dates, May 11th and 17th, 2021

Five centuries after Cortez, Mexico is again defending colonization by a foreign army. This time the Conquistadores come in the guise of transglobal corporations, their goal the gold to be gleaned from Mexico’s greatest treasure, maize. But first, Bayer-Monsanto would transmogrify, through the magic of Genetic Modification, the ancient grain into a more malleable form of glyphosate-resistant corn, ready for the application of millions of tons of Bayer-Monsanto marketed pesticides.

The one kink in the scheme is Mexican president, Andrés Manuel López Obrador’s vow to rid his country of GMO’s by 2024. And that’s where the sword leaves the scabbard for the chemical lobby and its U.S. Trade Representatives.

Peter Ewart is a Prince George, B.C.-based writer whose articles feature online and at the PG Daily News in Prince George. In his latest, ‘Mexico, Glyphosate and Bayer-Monsanto‘ he warns of the threat posed to the original staple crop of Turtle Island and its progenitors, the “People of the Corn”.

Peter Ewart in the first half.

And; last week, after nearly thirty years, the founder and board chair of Pan American Silver stepped into a golden sunset retirement made comfortable by the millions of dollars he made for himself and his shareholders at the expense of indigenous peoples and the natural environment throughout Latin America. In the meantime, he’s burnished a public image as philanthropist leader of corporate responsibility, and environmental champion; all belying a “legacy of community harm and environmental destruction“.

Ellen Moore is the International Mining Campaign Manager at Earthworks, a U.S. based non-profit that supports communities impacted by oil, gas and hard-rock mining. Before joining Earthworks Ellen worked in Nevada and Guatemala on issues related to human rights, environmental justice and mining. Moore moderated an event held last week to mark the toxic reality of Pan American Silver.

Ellen Moore and the false glitter of Pan American Silver in the second half.

But first, Peter Ewart and the cancerous return of Bayer-Monsanto, Mexico’s new Conquistadores.

May 12, 2021
As a new member of the Canadian Association of Journalists, I'd like to briefly introduce myself by asking a question of both members of this august body, and those others across the media in this country. 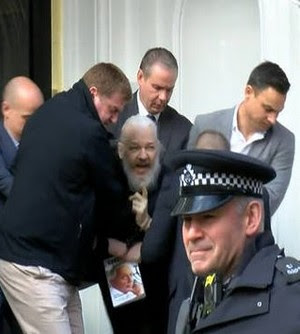 Julian Assange being forcibly removed from Ecuador's London Embassy, April 11, 2019
I'd like to address the general and glaring omission in Canada of expressions of support for an imprisoned colleague. Julian Assange is currently being tortured in London's maximum security Belmarsh Prison. He's been in that Hell hole for more than two years, ostensibly for jumping bail, (though that claim demands surrendering accepted notions of asylum).
Add a comment

Welcome back to Gorilla Radio’s Home Edition, recorded on the dates, May 7th and 10th, 2021.

War and rumours of it quickened yesterday, as Biden Secretary of State, Antony Blinken’s whirlwind Sabre Rattling Tour touched down in Kiev. Blinken, freshly arrived from G-7 meetings in London, picked up where he left off chastening “authoritarian states” around the World he claimed were, “trying to play us against each other”. Presumably addressed to China, Russia, Iran, and North Korea, countries who in another time might constitute an “Axis of Evil”, Blinken pointedly reminded, “… we hold our values of democracy, state of law, human rights and a global order based on rules against them, united and credibly.”

But is it all credible; does the new president and his energetic secretary really mean to marshal the troops for a new war of empire? A new series by the Intercept’s Jeremy Scahill attempts to plumb the depths of the new President’s character and divine his intentions; an attempt my first guest says, while “impressive and informative…ignores certain unflattering historical facts and perpetuates a few popular misperceptions.”

Jeremy Kuzmarov is a journalist and author who serves too as Managing Editor of CovertAction Magazine. He’s the author of four books on U.S. foreign policy, including: ‘Obama’s Unending Wars’, and ‘The Russians Are Coming, Again’ co-authored with John Marciano. His latest at CovertAction is ‘Did Jeremy Scahill’s Analysis Fumble the Ball in Its Indictment of Joe Biden as an “Empire Politician”?’

Jeremy Kuzmarov in the first half.

And; the so-called “cancel culture” was a common invocation of right-wing American politicos and Trump supporters who claimed their left wing and progressive opponents were using “cancellation” to silence legitimate debate and rights to free speech guaranteed by the U.S. Constitution. Now, those voices of concern have been joined from the progressive side of the political spectrum by labour lawyer, human rights activist, author, and essayist, Dan Kovalik.

Dan is too a recipient of the David W. Mills Mentoring Fellowship from Stanford Law School, a frequent lecturer, oft sought television and radio political commentator, and his articles appear online at Counterpunch and Gorilla Radio Blog, among other places. His latest book is, ‘Cancel This Book: The Progressive Case Against Cancel Culture‘.

Dan Kovalik and turning the worm on Cancel Culture in the second half.

But first, Jeremy Kuzmarov and, Joe Biden: Tool of Empire, or merely tool?